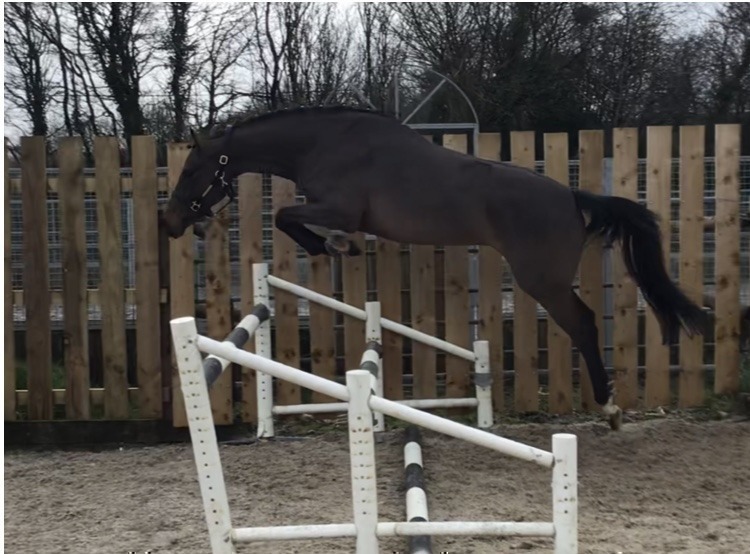 15,3Hh 3yo bay gelding , we have had approximately 50 horses by his sire , a stallion whose stock we would always search out for their quality.

his dam by the legendary Olympic stallion Berlin makes him a even more exciting prospect,her siblings include

he is a super mover and a real super type for a junior or young rider to produce.