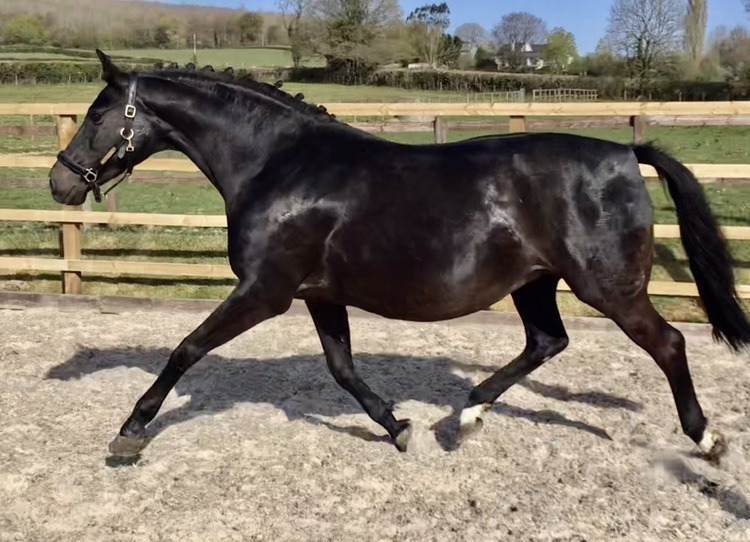 You simply don’t see many direct concorde mares these days , such a good line to find for breeding..

Concorde was the youngest stallion ever to be awarded preferent, due to his endless list of national and international children. Concorde was elected Horse of the Year in 2004 and is the highest ranked KWPN stallion in the top ten of the WBFSH.

this mare combines the super lines of concorde with that of another legend, ramiro through Ronald , a stallion whose legacy in showjumping is too large to discuss here!

this mare competed lightly with an amateur rider before starting breeding. She’s a great type and has some lovely young horses on the ground .

she is due this year to the lovely young sire poker de mariposa.(nabab de reve x Berlin)

With his excellent pedigree and very convincing showjumping qualities under the saddle, Poker de Mariposa seems to be a great asset for the breeding of showjumpers.