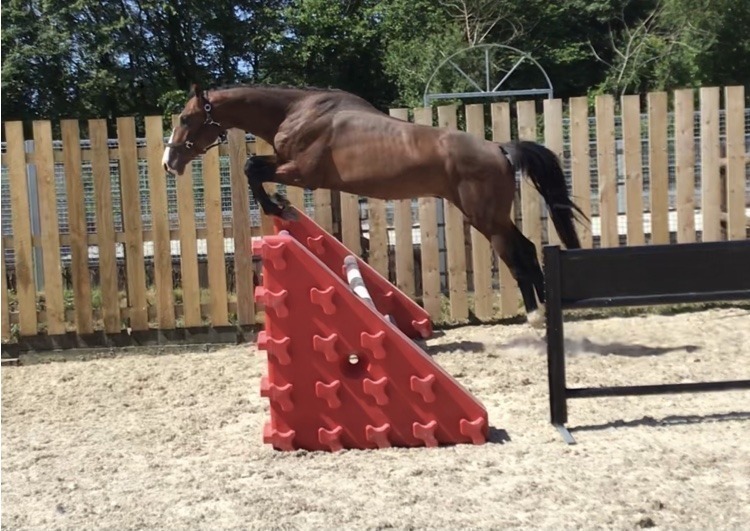 now this is something you won’t see too often these days , a direct son of cruising!!

Cruising was an international showjumper who was ridden by Trevor Coyle during his long showjumping career. Cruising was a consistent performer, winning Grand Prix classes at Aachen in 1999, Dortmund in 1998, Lucerne in 1998, San Marino in 1996, Wolfsburg in 1996 and the World Cup qualifiers at Millstreet and Geneva 1998. He was also a prolific team horse, winning Nations Cups in Dublin (1997), Rotterdam (1996), Calgary, Dublin, Aachen (all 1995) and Modena (1994).

The grey Irish Sport Horse stallion was considered one of the world’s most significant sires of the 21st century, and was for many years the predominant choice for many international breeders.

this guys motherline is just as exciting, his dam is full sister of “tristan des bryers “ (calvaro) who jumps to 140cm level.

he is a real find and will no doubt be an exciting prospect to breeders looking for a future stallion or sport prospect.