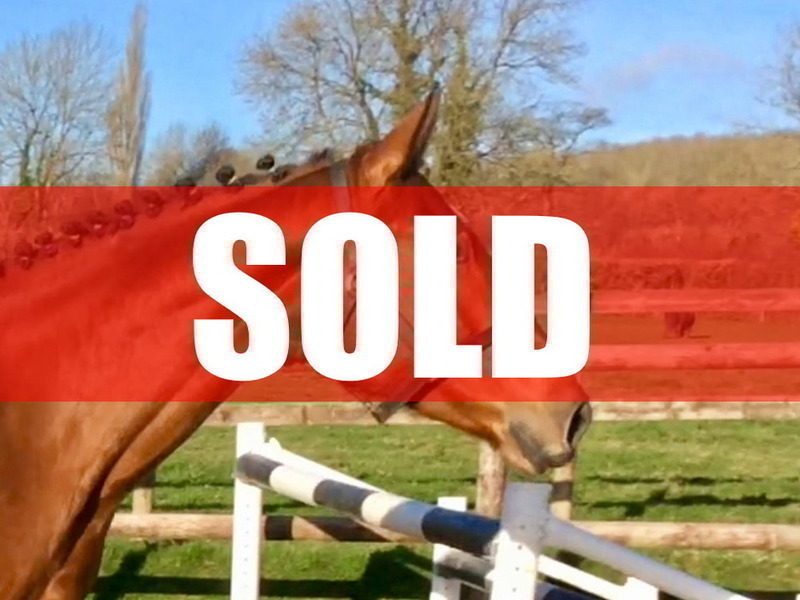 to make 16.2hh approx rising 3yo mare with a great pedigree.

Powerhouse Eldorado van de Zeshoek meets all the expectations in both sport and breeding. Ridden by Willem Greve, the son of Clinton is currently among the best combinations in The Netherlands, making several Nations Cup appearances last year. In breeding, Eldorado van de Zeshoek is undoubtedly a foundation sire in the making, with already three KWPN approved sons, namely Grandorado TN, Grodino and Highway M TN.

her dam jumped to 120cm level before starting breeding. this mares brother is noteworthy, 'tomahawk' (corland) jumps to 160cm level with ank van dungen of the netherlands.

she has all the credentials to go on showjumping, eventing or in dressage.