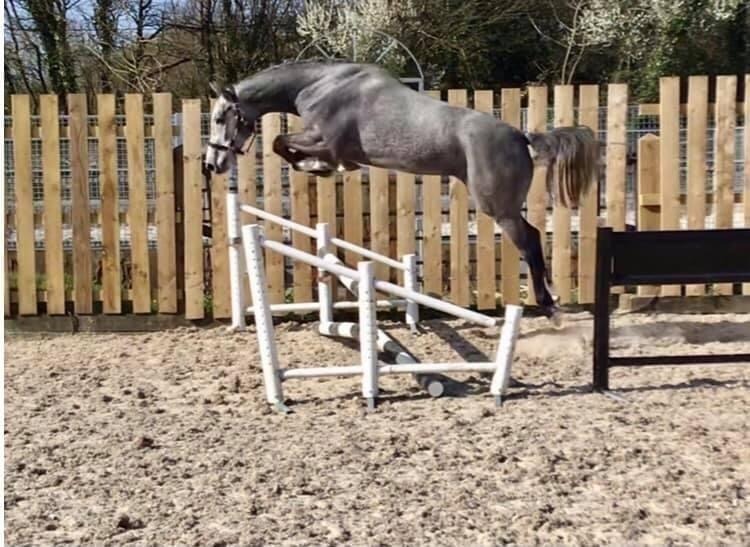 Emir R is the only KWPN-approved son of Colman, the top progenitor who in turn descends from the Olympiad stallion Carthago. The mother of Emir R, B. Termie R 23 passed her mare test with 88 points and carries the elite predicate. In sport she is released at 1.30 level. Her father Rupert R (by Mermus R) competed at 1.60 level, including Peter Charles in the saddle. Emir R's grandmother, the Voltaire daughter T.Termie 21 is a half-sister of the KWPN stallions Mermus R, Odermus R and the international jumping horse Vainquish (by Namelus R). 21 the Sam R son A.Termie who has already been released by several riders at 1.50 level.

Emir R performs well in sports and breeding. Under Rolf-Göran Bengtsson they have already put down quite a number of great performances, including Hagen, Amsterdam, Sommersted, De Lier and Rotterdam. The qualities of his offspring are also noticeable and in 2018 Emir R got his first son KWPN approved named Kitt SB bred by the co-owners of Emir R, Gebr. Brouwer. Emir R is also the father of several approved sons.

Offspring of Emir R also stand out exceptionally well in free jumping and young horse competitions. They often seem to have good reflexes, are sharp, show power and they all have a beautiful type. Abroad, the offspring of Emir R does not go unnoticed. In the summer of 2019, the Emir R son Kadans SB (mv. Hilton) became the champion of the four-year-old Eventing horses in Osberton(England) and winner at Millstreet International and winner in the Kilculkey 4 Year Old Final in Ireland.

this mares damline is full of sport too!

she is a top class jumper and one worthy of any stable to produce.