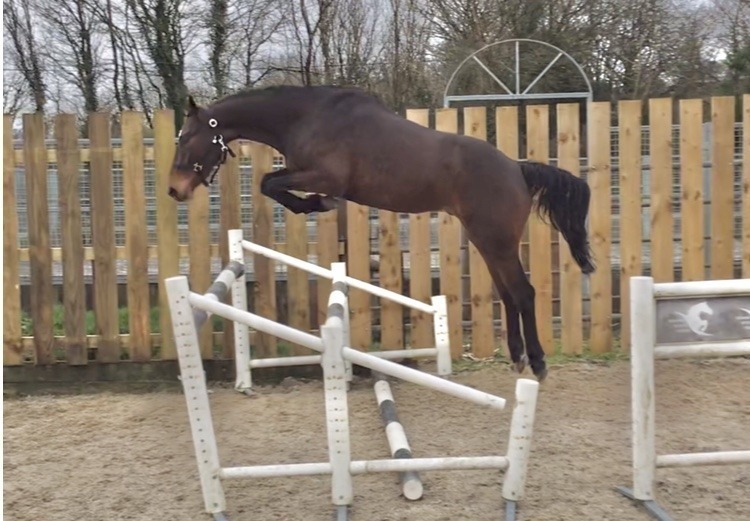 The young Landor S stallion that was to become known as L’Arc de Triomphe, was licensed in Oldenburg before he topped the Fences Auction in France, where he is now a successful young sire.

L’Arc de Triomphe on his dam’s side carries the blood of Pilot and Gotthard.

Once again, L’Arc shows the importance of a solid mare line, descending from five generations of States Premium mares. His dam, Praeludium is by Pilot, still one of the greatest of all jumping sires. Before L’Arc, she produced the Landadel son, Latin Lover who won an S class before being exported to Ireland; with Sandro, she produced Simona, with Lanciano, Laser 12 and with Quattro, Quattrophonie, classified as an elite foal at Vechta in 2001.

Praeludium is out of Gybsi, who competed with Gert Wilfang. Another of her foals by Pilot, competed in the USA as Prior. Gybsi is by the Gotthard son, Goya who only served two seasons, but appears on the dam line of two superstar stallions, Graf Grannus and For Pleasure.

He is a prolific sire , Qlassic Bois Margot by L’Arc De Triomphe, out of a Galoubet mare and ridden by Simon Delestre for the French team at WEG 2014 is just one example.

this guys dam line is something else...

his dam combines some great blood through mr blue and papillon rouge.

this lads own siblings include “skara glens 7 pillars” who jumped to nations cup level with irish man paul oshea in the Usa.

he’s a great sort and a very exciting prospect not to miss...