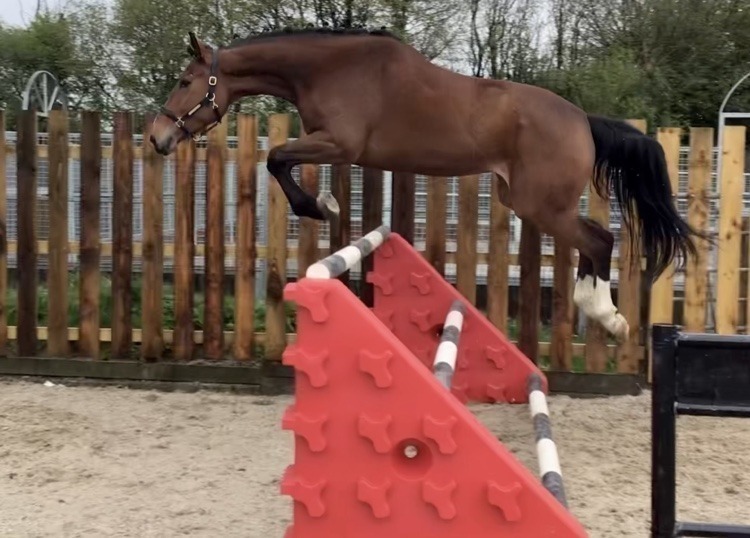 her dam line is exciting as shown through the fact her dam is “elite “ graded.

she carries the best lines of le tot de semilly through Vancouver and the progenitor Calvados too!

her dam jumped before starting breeding and this mare has some exciting progeny in:

”jumptender sw” (montender) jumps to 125cm level as a rising 7yo.

this mare is herself a great type, a mover and a very scopey jumper loose. She is just backed and riding away and is ready to crack on for a big future .