Marketing? Let's MAP it Out! 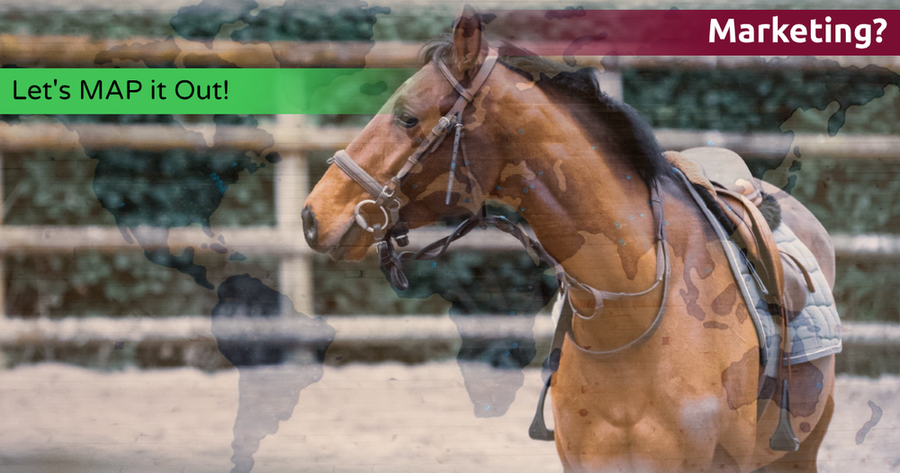 This really resonated with one of our clients recently with regards to running their weekly riding lessons.

When Wirral Riding Centre (WRC) runs their weekly riding lessons, they have an expectation of who should pitch up. But every week, at least one regular rider doesn’t attend. Their reasoning usually goes something like, “Oh, I wanted to come! But I forgot to book and left it too late”. No biggie, they just missed one lesson so they’re not too fussed and neither are WRC because they only lost £25 that week. But if just one rider forgets to book their lesson and this happens every week, WRC has actually lost £1,300 by the end of the year simply because someone forgot to book.

Everyone forgets sometimes, this is a common human behaviour. But WRC saw how a behaviour can change when they put Motivation, Ability and Prompt in the same room. They did this by using their Mobile App. They made their weekly riding lesson bookable through their app and filled all their slots with a quick push notification to remind riders the day before.

Here’s what that looks like when you break it down...

Behaviour (B): All riders booked their lesson on time and attended.

Motivation (M): They enjoy and look forward to their weekly lesson.

Ability (A): It was easy for them to book their slot and pay on WRC’s app.

Prompt (P): They were prompted by a push notification they received the day before.

In this case, the three elements (M, A, and P) converged, so WRC received the behavioural response they were hoping for; a full attendance. But if one of those three elements was missing, there’s a good chance that they would have got that no-show.

Horse riders don’t lack motivation. Riding is our passion and spending time on our horse improving both their skills and our own is probably one of the most gratifying aspects of our sport. Luckily for WRC this is a given. But what about ability? What if WRC didn’t have an app and riders had to give them a call to book their lesson but no-one was in the office to take the call? When they were motivated to book they would have been unable to. How about the prompt? What if WRC had reminded riders to book by posting on their Facebook page and not all their regulars saw the post or even went on Facebook at that time? Then their riders wouldn’t have been reminded. No prompt, no behaviour. Instead, WRC sent out a push notification to their app users and all their riders got a little reminder to book.

The MAP equation gives us a useful insight into why apps are such powerful business assets. An app provides both the ability and the prompt like no other marketing tool. Riders can take action (ability) on a push notification (prompt) from the same device! It plays right into the hands of people’s behavioural patterns, literally. Thinking about it’s functionality in this way has really helped riding centres like WRC join the dots and adapt themselves to an environment that is increasingly ‘mobile’, driven and swayed by little collisions of motivation, ability and prompt.

Information is travelling faster than ever. We now have a...

Whether this is your livelihood as a horse trader, or it’...

A Facebook page has become an extension of many equestria...

How to Create Mor...

Are your stables needing horses? Are your facilities unde...