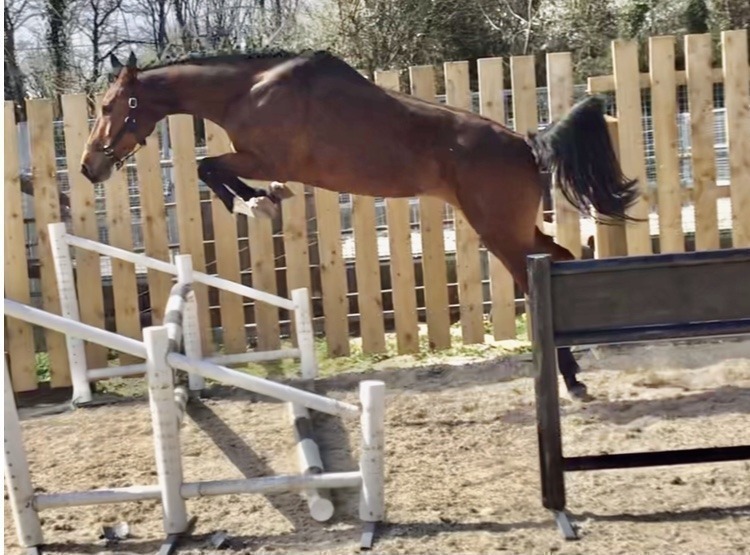 Spartacus’ pedigree was fully build on performance genes: sire Stakkato is the best stallion the Hanoverian Verband has had in years and produced an endless list of international showjumpers. Grandsire Grannus is considered to be one of the best dam’s sires of all time and still appears in the pedigrees of many world-class showjumpers at the highest level. Spartacus’ dam Galina earlier brought Elton John, a son of Acorado I who jumps successfully at Grand Prix level with Hergen Forkert. Via the sires Colorado x and Granit, Spartacus’ pedigree goes back to the famous mare Welfenglück, who performed successfully at international level with Herman Schridde.

As a sire, Spartacus develops himself in the best possible way: out of his rst crop of offspring several jump at international level and also Spartacus’ youngest offspring convince in age classes.

her damline combines the greats of quality time and Voltaire through lancelot and her dams siblings include :

this mare is a real athlete and a super type, she will have a big future in sport.