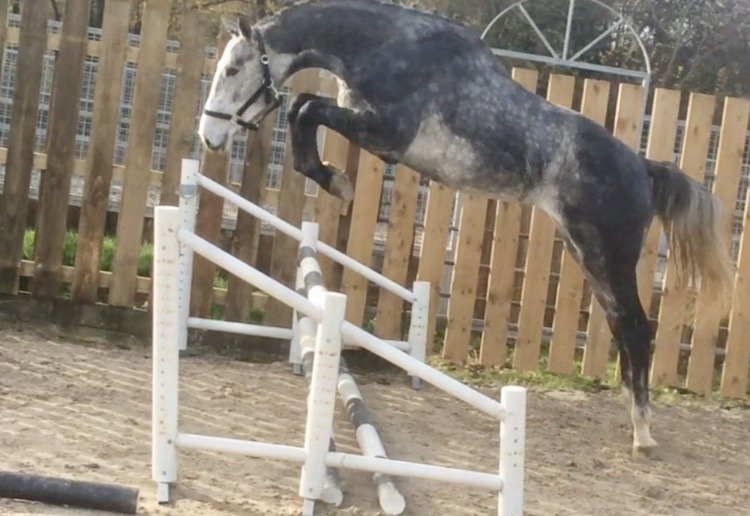 he has loads of quality, moves like elastic and is a really top type of the sort hard found.

a real jumper worth storing.

Ugano Sitte had 5 of his offspring in the Championships in Fontainebleau in 2017 with Dingo Louvo and Martin Berlioz, very good in 4 years, a double Vice Champion of Males and Females in the 6 years with Brasilia de l’Abbaye and Olivier Martin – Bugano de Brekka and Eric Lelievre, Baboun des flagues and Guillaume Blin Lebreton are 16th. In 7 years, EXCALIBUR DELA TOUR VIDAL did not miss his appointment with the breeders and finished 5th of the French Championship of 7 years with Penelope Leprevost.

Sixth in the Belgian 6-year-old championship in 2010, and then international in the form of Dirk Demeersman, Ugano Sitte was one of the best stallions in Belgium. His father Clinton was fourth at the Athens Olympics in 2004 and his maternal strain is very popular, based on his third mother Gutte Sitte, team bronze medallist at the Montreal Olympics in 1976 with Eric Wauters. The half-brother of Ugano, Ogano Sitte (by Darco), also stallion, competed in international under the saddle of Dominique Hendrickx.