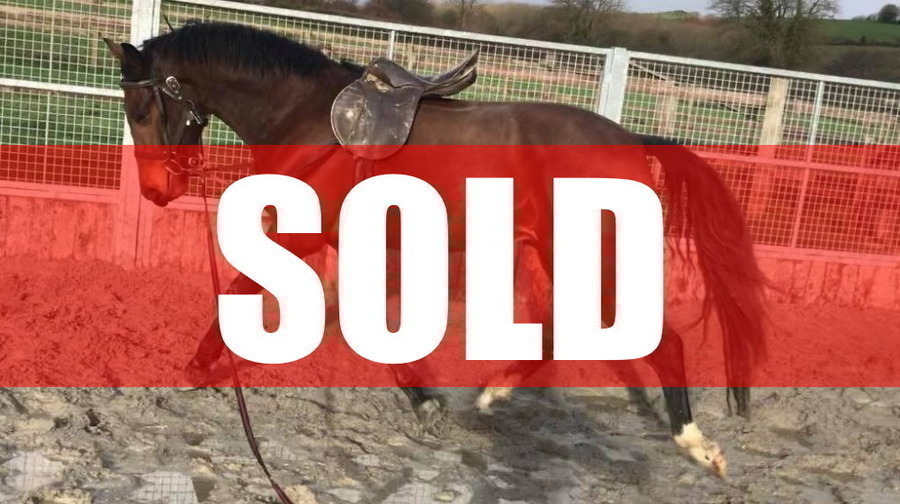 this is a find!!! straight from the farm, he a mover and a jumper and a very exciting prospect for next year...

About - Zambesi is a brilliant stallion from absolutely classic Dutch breeding. He is the image of his sire Heartbreaker, in both looks and technique. He has a powerful hind end, coupled with a short, strong back and a well-connected topline, all of which he passes on to his offspring. During his sporting career, he jumped with very good reflexes and a very good technique, showing enormous scope and giving his rider a very good feeling.

Performance - Zambesi was successful as a young horse, qualifying for the World Young Horse Championships and winning the KWPN stallion series by more than 20 points. He jumped internationally up to 1.45m level, before being retired for breeding.

Sire - Heartbreaker is a legendary stallion, sire and grandsire of countless top horses, and in 2015 was proclaimed KWPN Horse of the Year. Heartbreaker is by Nimmerdor, out of a mare by the international showjumping stallion, Silvano, who was started in jumping competitions by Bert Romp and Henk Nooren before going on to success in Italy with Giorgi Nutti, placing in a number of World Cup qualifiers; in 1985 they were second in Milan, fifth in Brussels, and eighth in Geneva. Heartbreaker is the sire of many top stallions including Quasimodo vd Molendreef, who in turn is the sire of Hello Sanctos. His other notable offspring include Toulon, Romano, Action-Breaker, Harley, Upgrade...the list goes on!

Damline - In the damline we find the boundless power of Calvaro Z, who performed at the very top level with Jos Lansink. Zambesi is a product of an excellent jumping dynasty, NL damline 002. Grandam Alanda (by Le Mexico) competed internationally under Pieter Kersten and also produced the international showjumpers It's The Business and Galanda. The international showjumper Now or Never (by Burggraaf) is a son of Galanda, and the damline goes back to a full sister of the stamping stallion Victor via the blood of Kartouche (by Gondelier) and Boris (by L'Invasion). This family has also produced the legendary Olympic showjumping stallions Darco and Arko III.

Progeny - Zambesi's first foal crop yielded the champion filly foal of Holland. His oldest offspring are now jumping internationally at 1.40m level, and he has six licensed sons including the premium stallion Fabregas. The KWPN judge awarded Zambesi with one of the best offspring reports ever; he produced a collection of top-quality foals with beautiful conformation and excellent movements.

his siblings are very exciting too...

January 2020: started to be broken proving to have a good brain