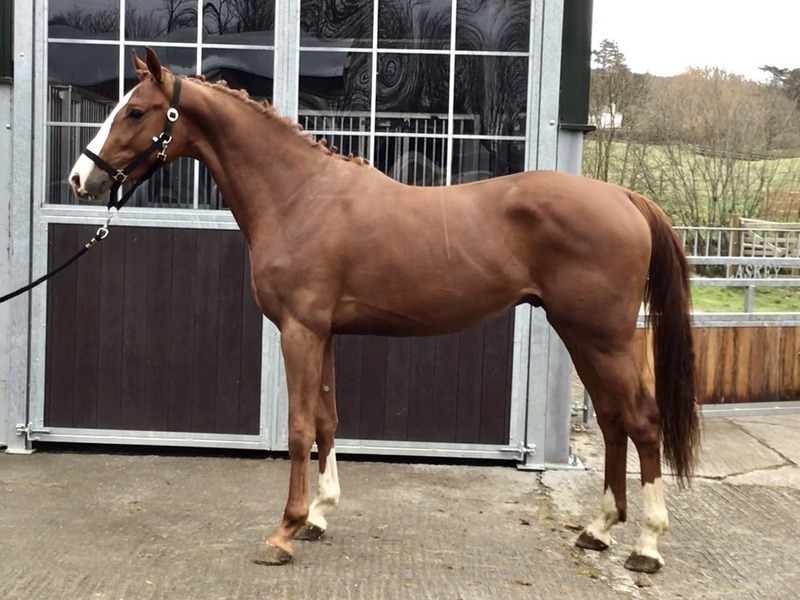 16.1hh 3yo stallion, a real stallion and sport prospect .

he will satisfy everyone! He moves like elastic , jumps super , and a full of thoroughbred blood to please the Eventers.

Zapatero’s dam is the ‘Elite and Sport’ mare Manieta. She competed under the name Brugman’s Princess at International level and won the Dutch Championship for 4-year olds. Grand dam Anita received the ‘Prestatie’ predicate, partly through the international jumper Orlando.

Ridden by Jessica Kürten, Zapatero won the GP of the KWPN Stallion Show 2015 and the VHO Trophy in 2013. They had amazing results like 6th in the GP Ebreichsdorf, 7th in the Championat of Salzburg, 8th in the GP Oliva and 10th in the WC Zürich.

Then ridden by Robert Vos, Zapatero won the Medium Tour Final in Wierden, won a class at CSI De Wolden and they were 7th in the Championat von Kiel.

Zapatero’s offspring have attracted attention in the show ring. They exhibit reflexes, technique, attitude and scope. The first offspring are competing at Grand Prix level.

this guys own dam jumped to 130cm level while her brother “delibrah tampa pw” jumps to 160cm level.

this is a very exciting horse with a big future.