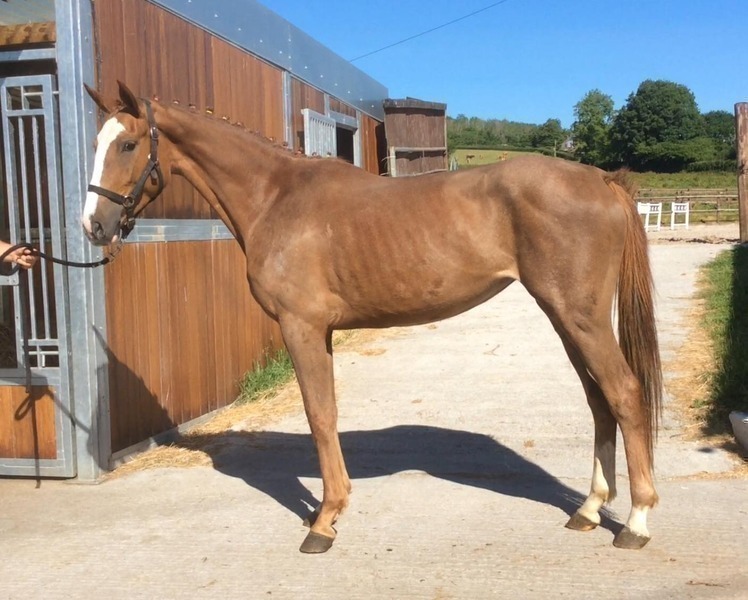 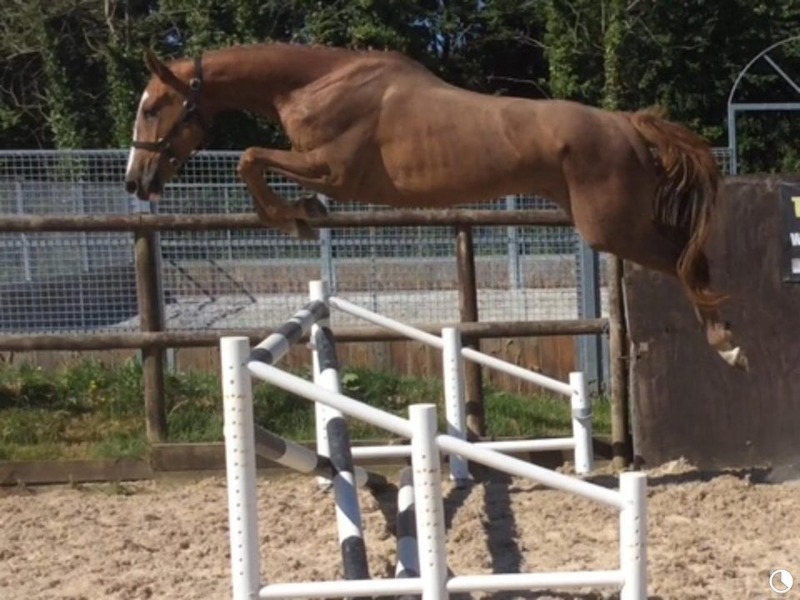 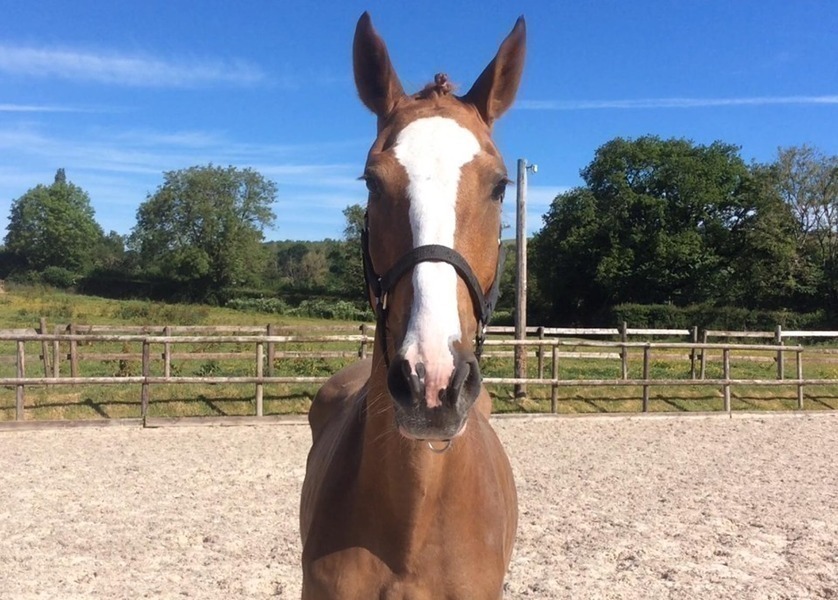 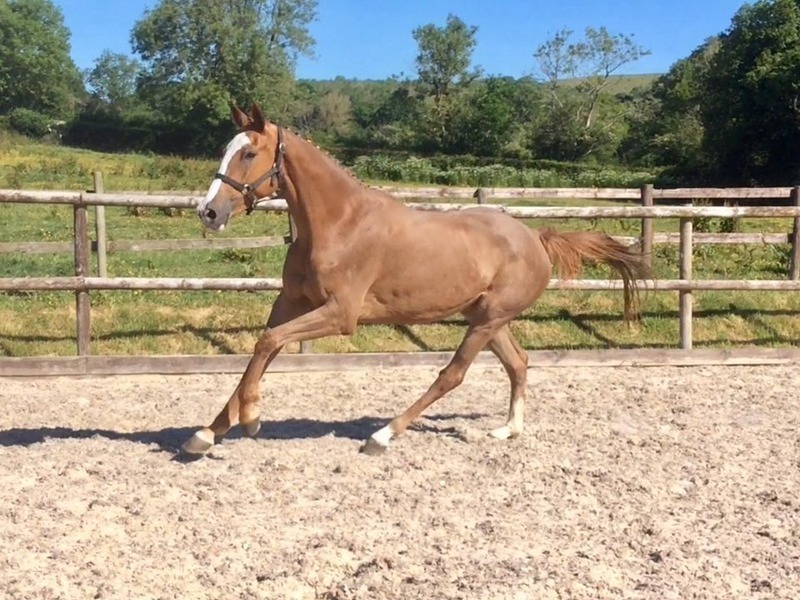 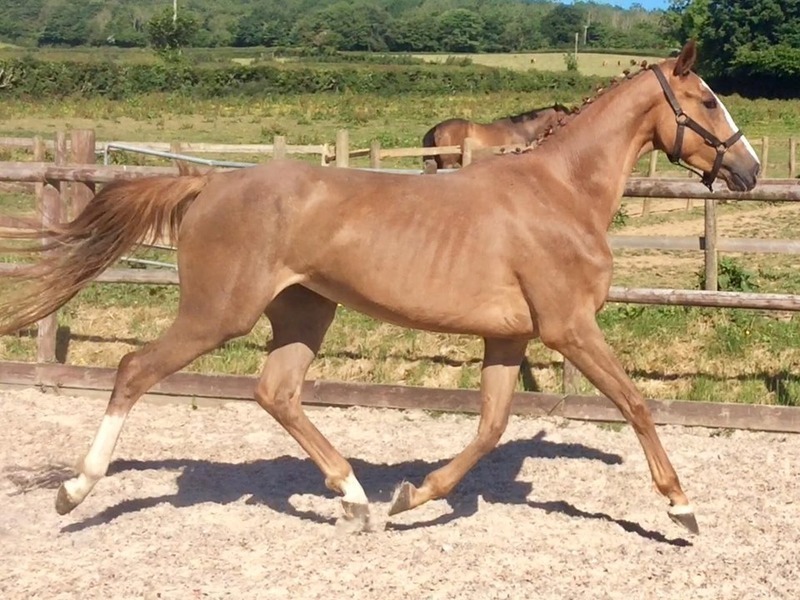 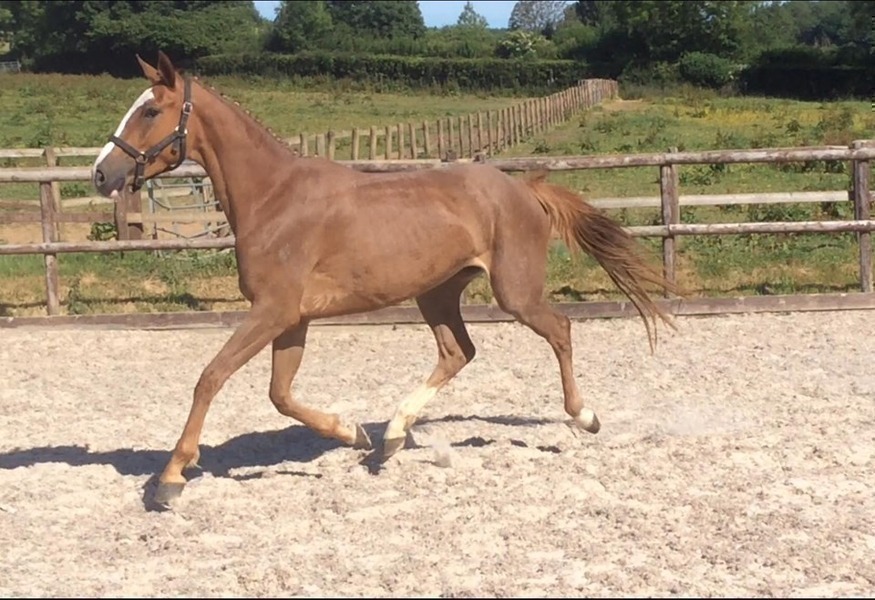 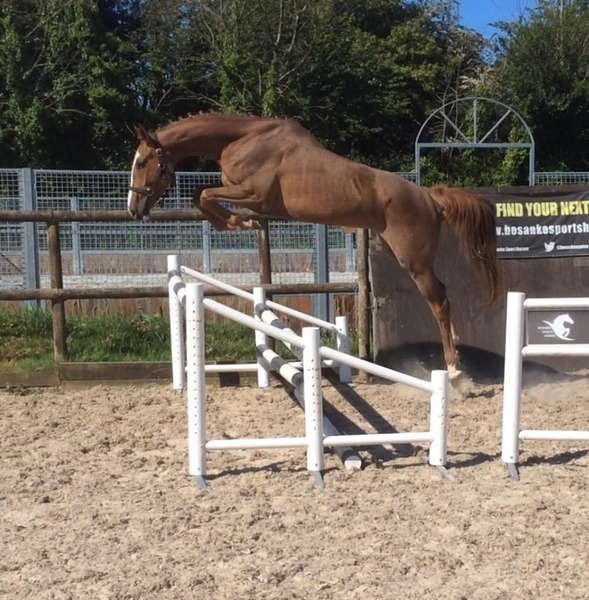 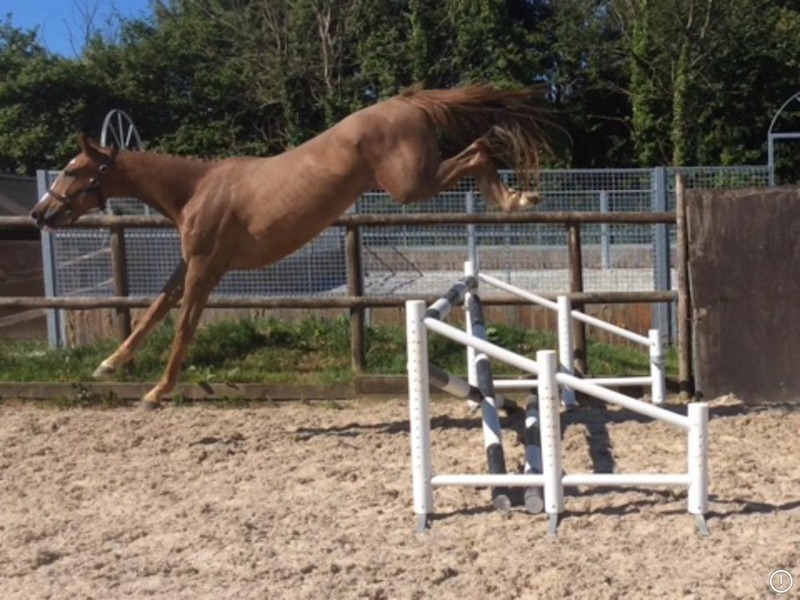 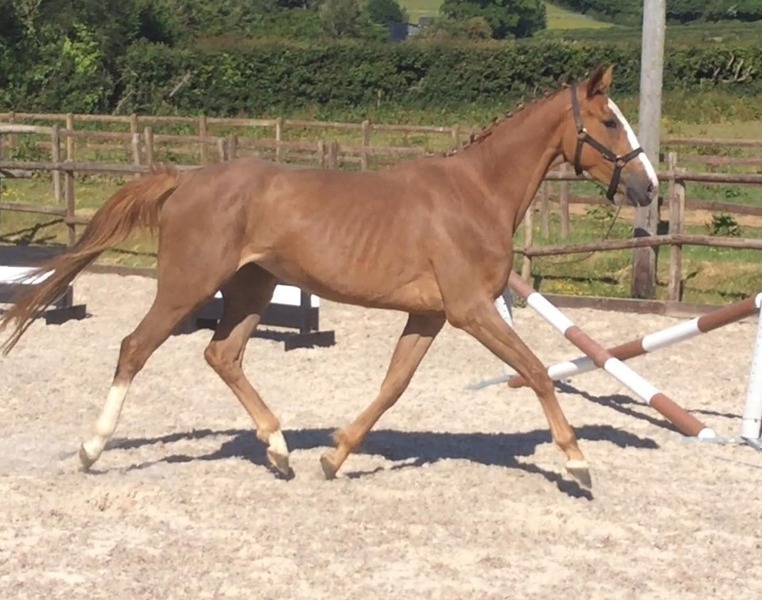 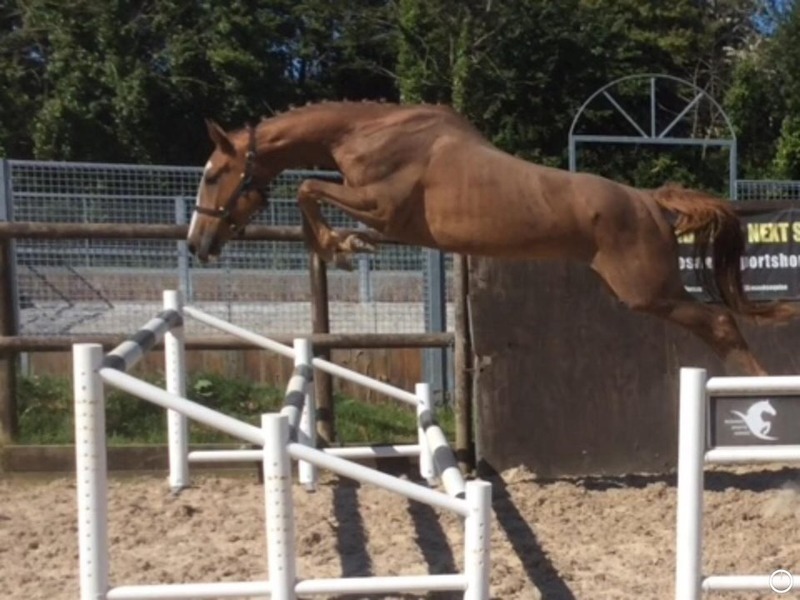 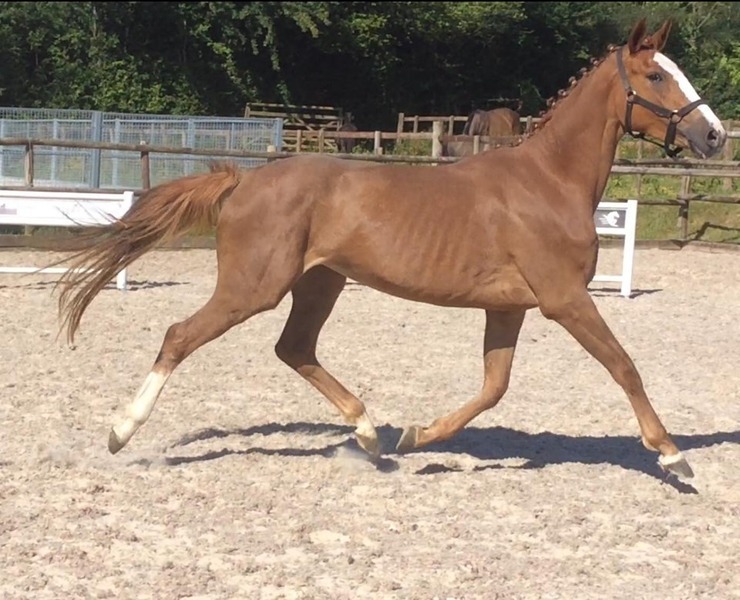 Carrera exhibits quality jumping with endless scope, carefulness and a very positive attitude. He is a striking and interestingly bred horse from a combination of two Olympic stallions, and has already proven himself in both sport and breeding.

Performance - Carrera shone at top level with Dutch Olympian Jur Vrieling, and the pair helped the team to third at the 2015 Nations Cup final, also finishing 7th in the Barcelona Queen's Cup. That same year, they were third and sixth in two classes at Olympia, including a third in the ultra-competitive Christmas Masters. Ridden by James Billington, Carrera jumped his first grands prix as a seven-year-old, and then as an eight-year-old he was second in the Grand Prix of Asten, second in the 1.40m of Roosendaal, fourth in the 1.45m of Asten, sixth in the 1.45m of Drachten, seventh in the 1.40m of Roosendaal and eighth in the 1.45m of Roosendaal. In addition Carrera jumped clear rounds at 1.40m/1.45m level at CSI De Wolden and CSI Ommen. Carrera took fourth in the Friesian championship at 1.35m level and third at the Friesian championship at 1.30m level as a seven years old. In the same year he also was seventh with the six and seven year old's at CSI Twente.

Sire - Cardento won three silver medals at the Olympics, the World Championship and the European Championships. In his breeding career, Cardento is a producer of international jumping offspring with no less than six offspring competing at the World Equestrian Games.

Damline - Grand sire Baloubet du Rouet was an Olympic gold medallist, a three-time winner of World Cup Finals and won countless grands prix and World Cup qualifiers. He is famous also as the sire of VDL Bubalu, Palloubet d’Halong, Balou Du Rouet and Chaman, among many others. Continuing in the line is Nurzeus, a stallion that sired many good jumpers such as Midnight Madness, Zippo, Ennio etc. Carrera's dam is an international 1.45m jumper, and is out of the same mare as famous international stallion Tinka's Boy, winner of many grands prix and World Cup qualifiers, plus the final, with Markus Fuchs. Tinka's Boy has sired many top jumpers, including Tinka's Serenade who jumped at the Olympics in London and was winner of the final of the Rolex Top 10 in Paris.

Progeny - His first offspring appear to be modern jumper types - having size, length, blood and three good gaits. His oldest offspring will be 8 years old and perform successfully internationally. For example, Gold Finger was sold for € 135,000 in the Wolden Summer Sale and was sixth among the seven-year-olds under Jan Schuttert. Gerco Schröder managed to secure Glock's Novellist for the sport and in previous years Garbarant RT became reserve champion of the 5-year-old jumping horses and in the final of the Open Scandinavian championship for 4-year olds there was a third place for Cara vd Tojope Hoeve Z. Carrera VDL offspring are also excellent at the inspections. Nadall VDL became reserve champion of the stallion colts in Harich and Nadine Madame C became reserve champion at the Central Inspection of North Holland etc. In the past Cuba Libre W Z passed her IBOP test with a top score of 84 points becoming Champion of the 4 - 7-year old mares at the CK Friesland. In 2015, Hadera CJS was Champion of the Open North Netherlands Championships in free jumping (ONNK). Son Merlin VDL was 6th in the final of the National Foal Show. In 2018, his son Kallmar was approved by the KWPN and came out on top with no less than 87.5 points.

she is sure to emulate her relations as shes a scopey careful jumper loose and has a great brain. sort very hard to find.