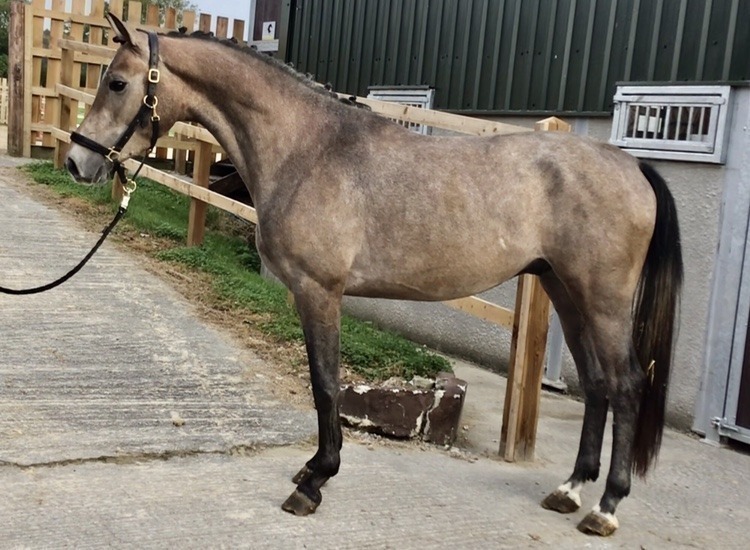 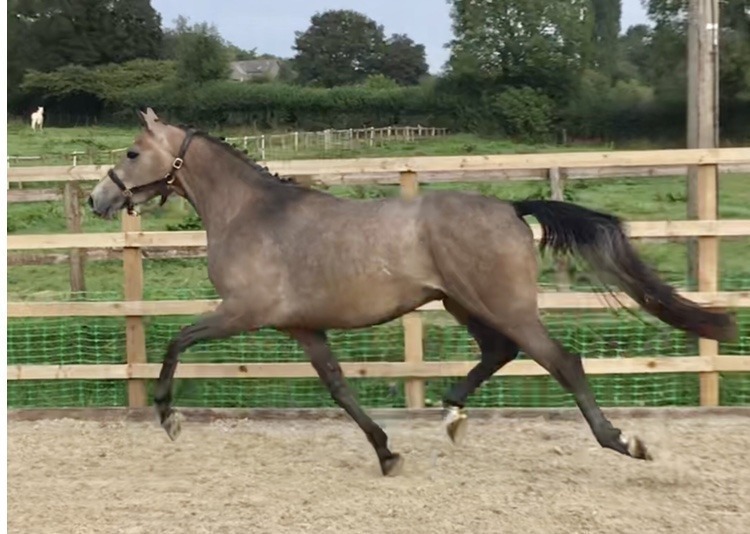 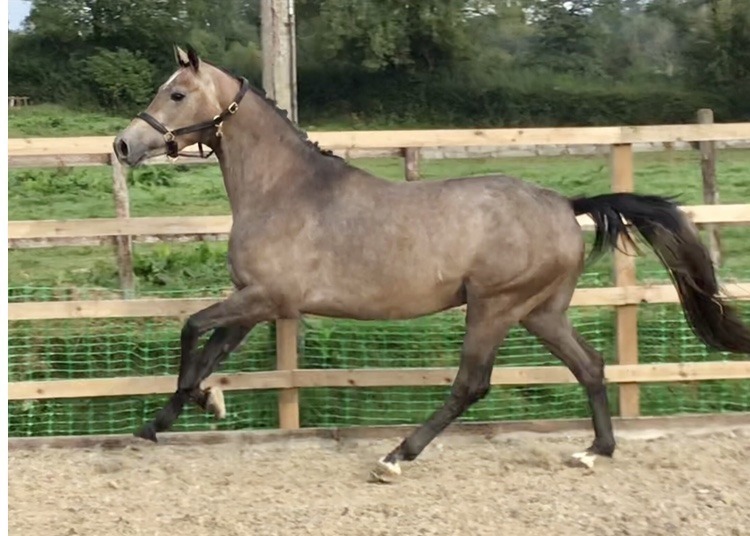 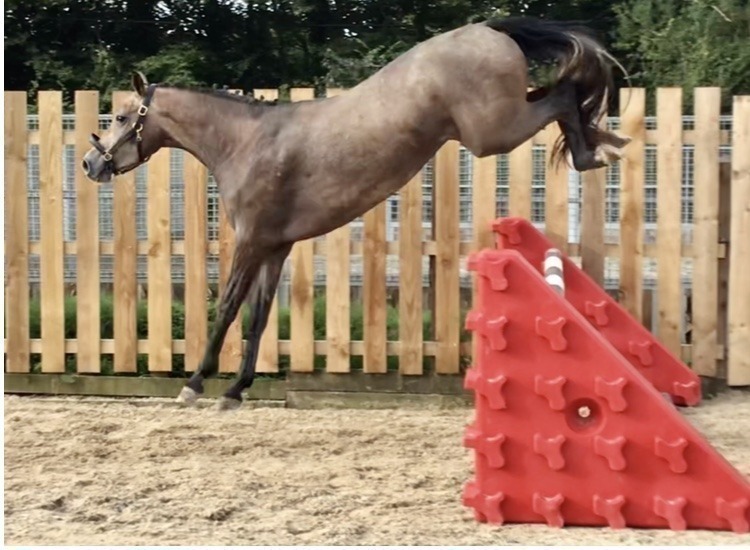 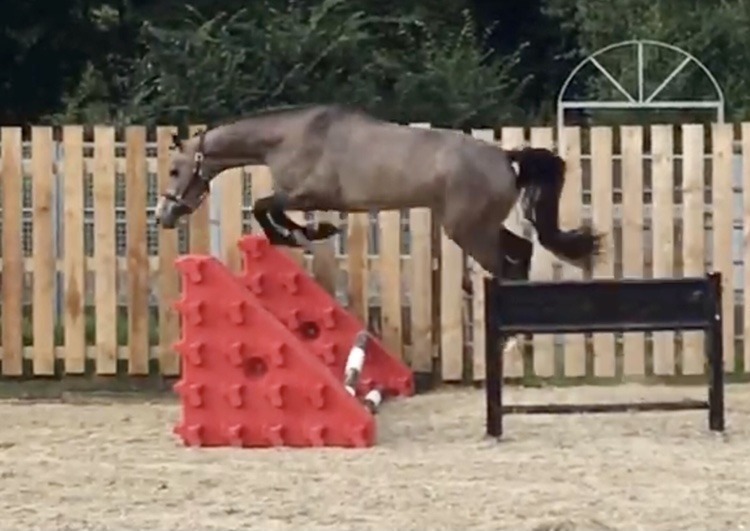 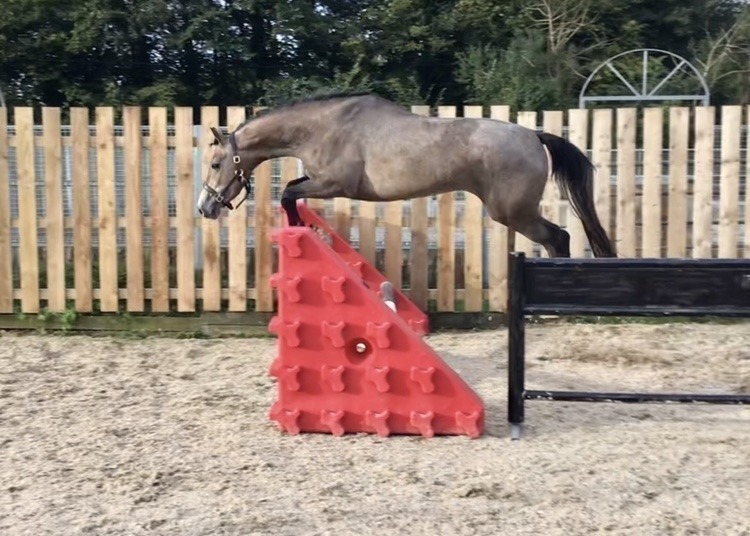 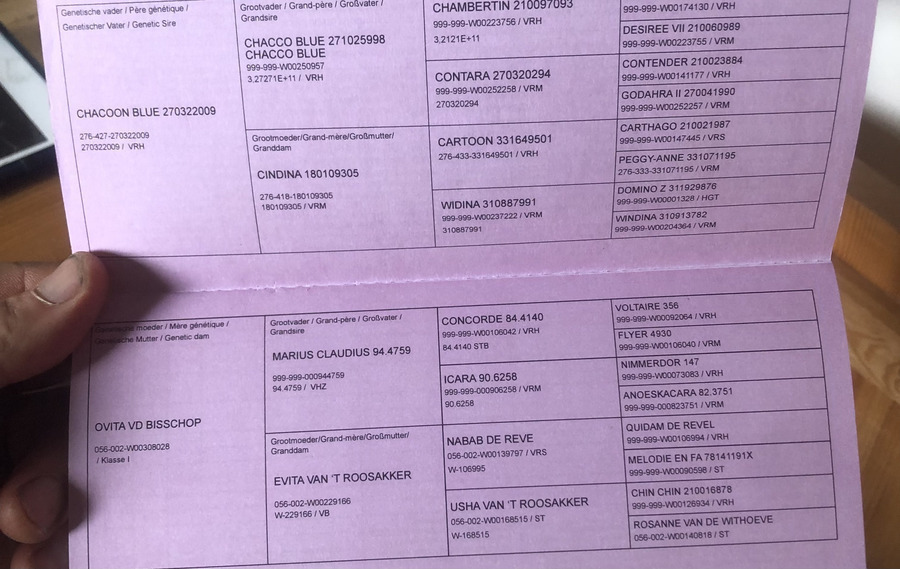 Quite possibly the best bred young horse this year….

Chacoon Blue is an impressive, well put together and lightly built show jumping specialist in a beautiful grey coat, bred from the outstanding dam line of the Olympic winner Askan. Well-defined lines and a true affinity for performance are prominent characteristics of this top stallion. His canter and the quality of his jump from the perspective of scope, manner and leg technique are excellent. His potential seems almost limitless. In 2014, he finished his 30-day-test in Schlieckau as one of the three equal jumping winners with the sensational jumping biased end score of 9.40. For free jumping, with his jumping pre-disposition and his character, he earned the maximum mark of 10.0. Chacoon Blue made a fantastic sporting debut with numerous winnings and high placings in A, L and M show-jumping classes, was then the impressive winner of the Dobrock show jumping championships in 2015 and, with convincing courses every day of the competition, placed participant and finalist at the German national championships of the six-year-old show jumping horses. He effortlessly succeeded the leap into higher classes: He has already won S level show-jumping competitions and was second at the Young Horse Championship of seven-year-olds in Warendorf at S** level. In 2016, Chacoon Blue produced his first crop of foals, who were highly appreciated in every respect: Large foals with modern characters and high-quality paces. In 2016, Chacoon Blue was among the most used show-jumping stallions in Germany.

The sire Chacco-Blue, in the meantime sire of many internationally successful show jumping horses, was victorious in international Grand Prix’s, among others in Neumünster 2012 and the third place in Aachen, before leaving the scene far too early. Chacco-Blue sired more than 30 licensed sons and 183 advanced level/S level show jumpers, who have so far won more than 1,31 million euros and placed their father in eighth place in the 2016 WBFSH world ranking.

His dam sire Cartoon, only at stud for a short time whilst being active in sport, has sired a higher than average number of successful advanced level/S level horses for the little time he was standing. The well-known performance sires Domino, Winston, Almhügel III and Agram appear in previous generations of the pedigree.

Chacoon Blue: The follower of his great father!

the damline is that of the legendary usha van’t roosakker whose legacy in showjumping is astronomical!!!!

his own dam as a now 7yo is jumping at 140cm level with Jennifer maylan of Switzerland.

his grandmother has 4 siblings at 160cm level :

he is straight from the farm , a real athlete and a top class jumper. This is the kind of horse impossible to find !