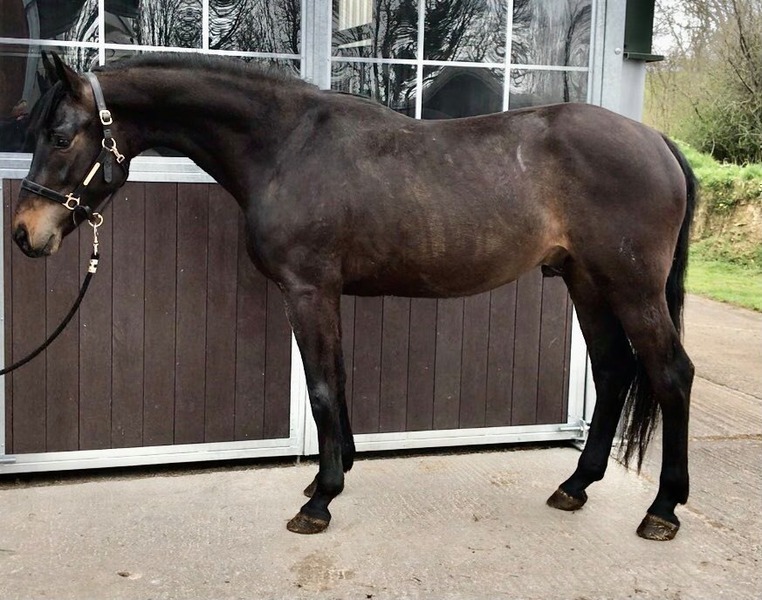 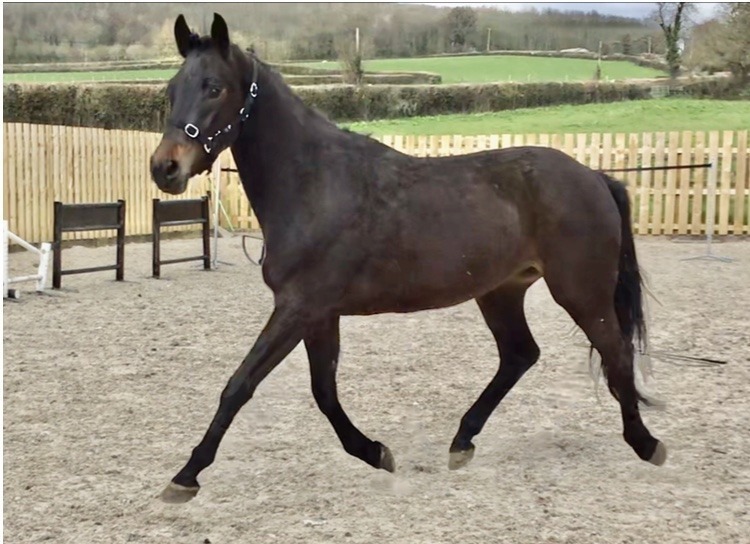 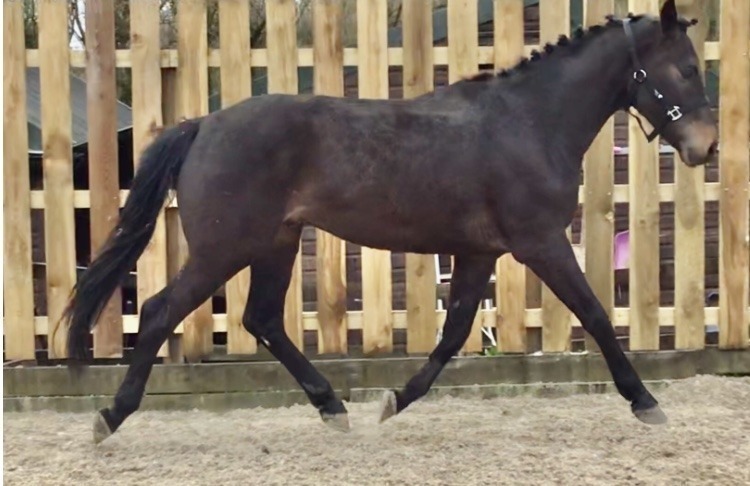 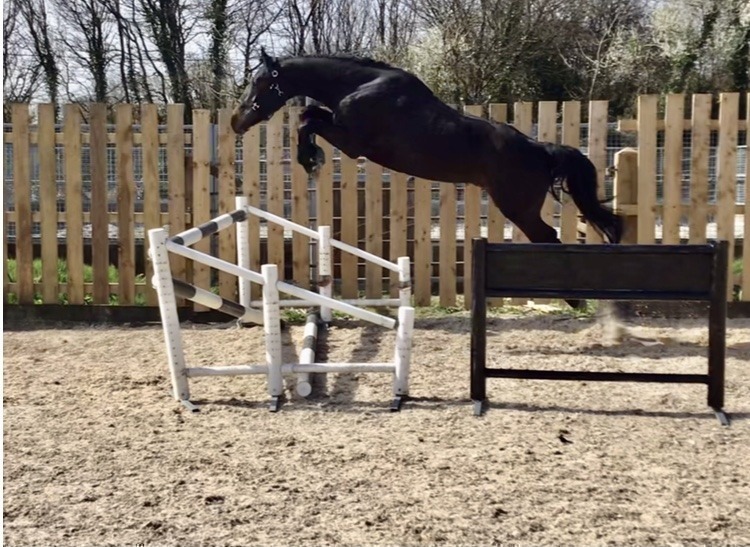 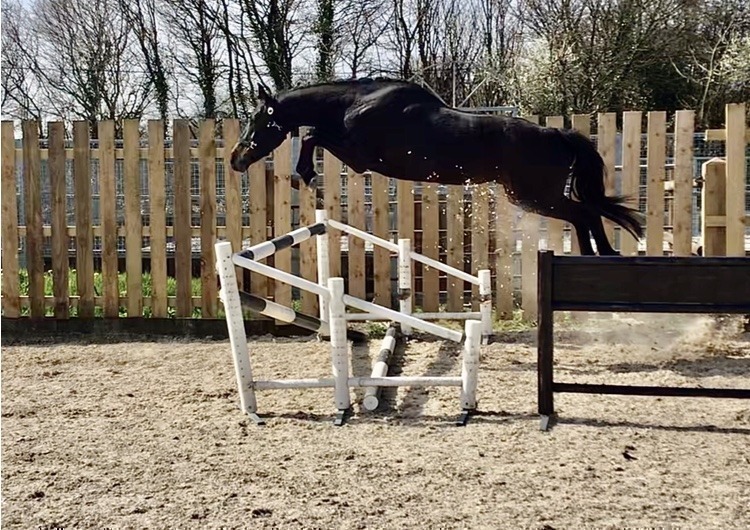 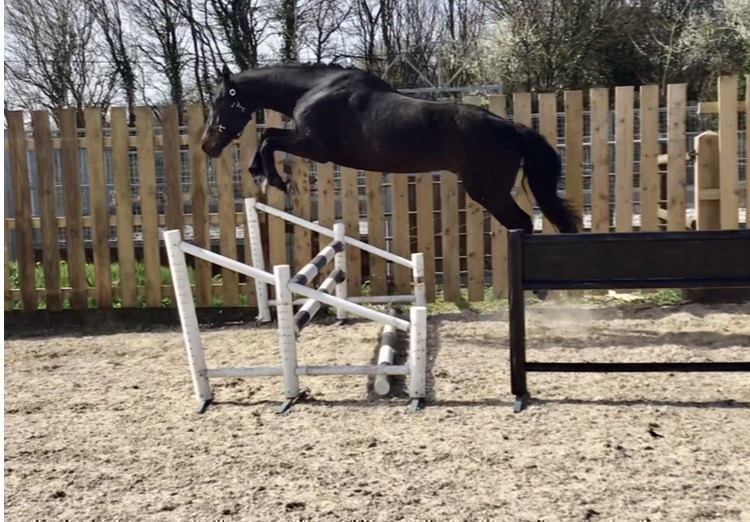 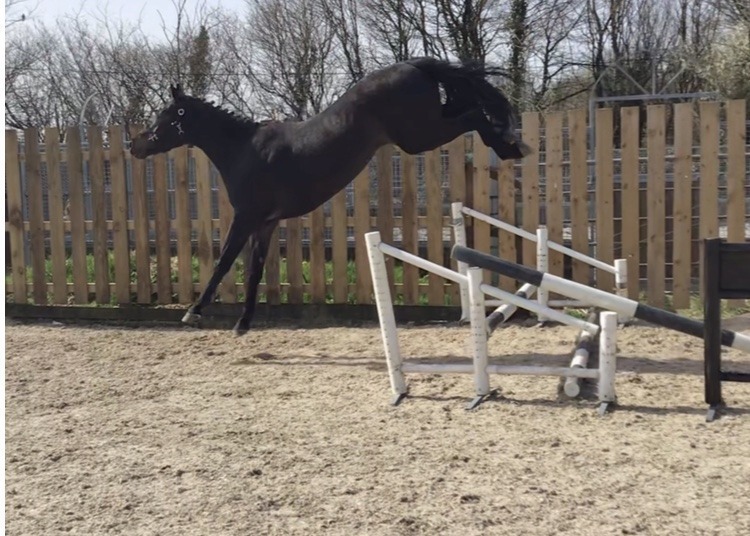 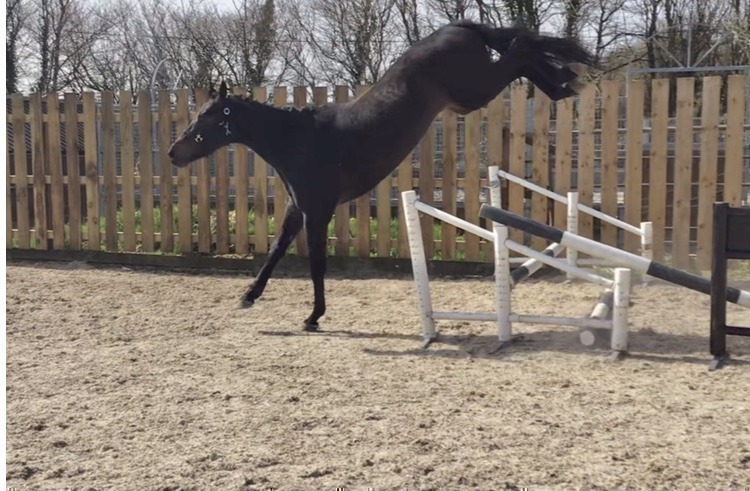 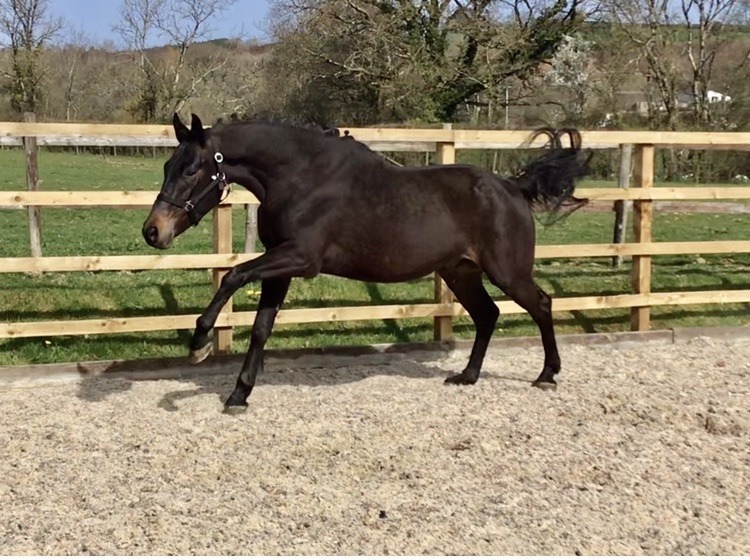 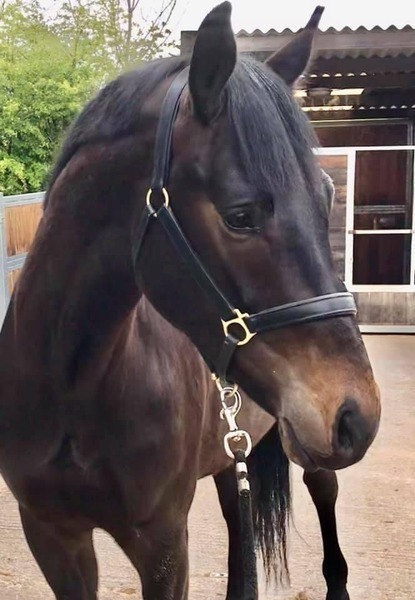 his sire chapeau is jumping at 140cm level and looks set to really develop .

His eldest offspring is already following in his footsteps, like the successful Grand Prix showjumpers Breitling LS, Quinto and Quibell 5. This leading Holsteiner damline 1463 is known for its many international sporthorses as well as approved stallions like Baldini I-II (s.Bachus), Carano (s.Capitol I), Lanciano (s.Landgraf I), Goodwill (s.Landgraf I) and Quality Time TN (s.Quantum).

his dam jumped herself before starting breeding and is a lovely type to give quality foals .

this guy is no exception, he really moves with elasticity and is a jumper too..