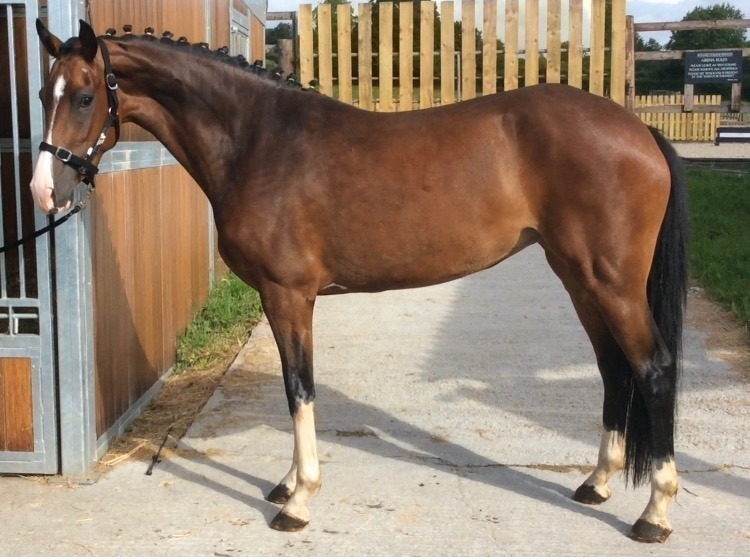 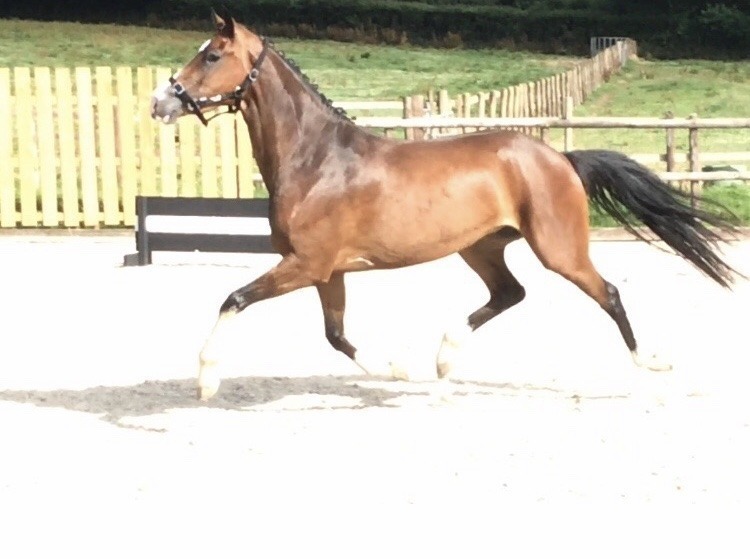 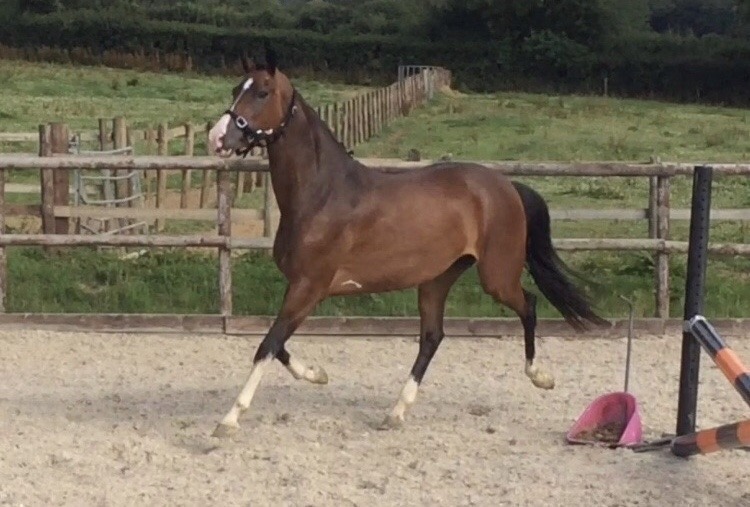 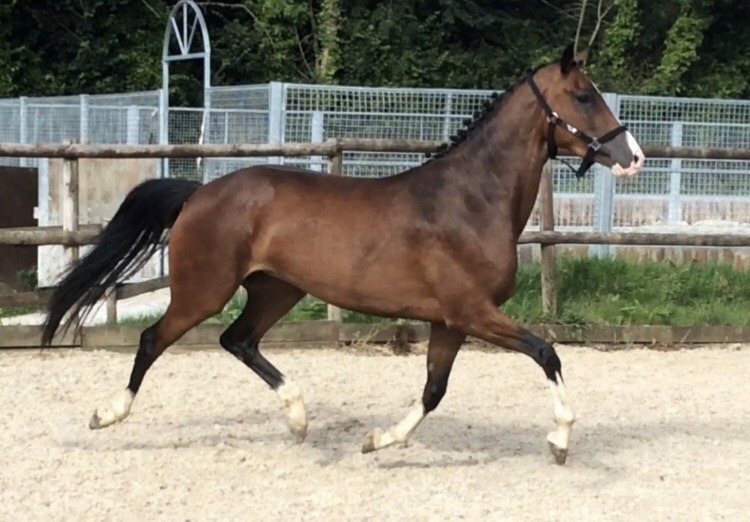 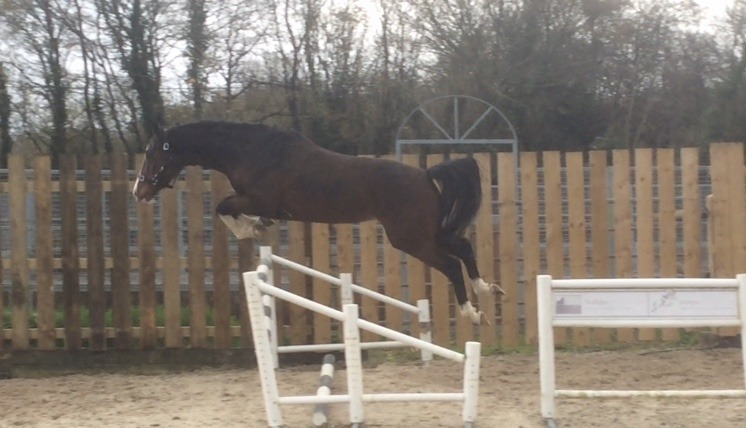 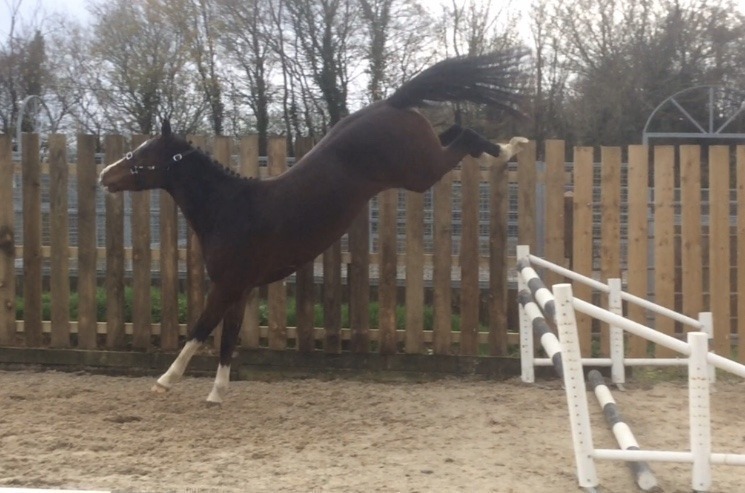 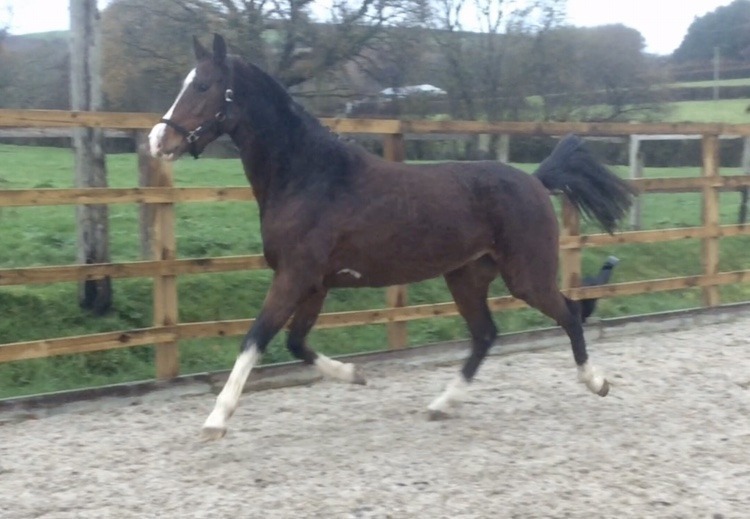 she is out of a graded “elite” mother, her brother “cooley almighty “ (Verdi) is as a 7yo starting at2* level in the USA.

Her dam is also sibling to the licensed stallion “palenque la silla “ who jumps to 140cm level .

she is a super mover , has a real look at me presence and bags of jump to match !

Ready for a lady or young rider to break and produce.