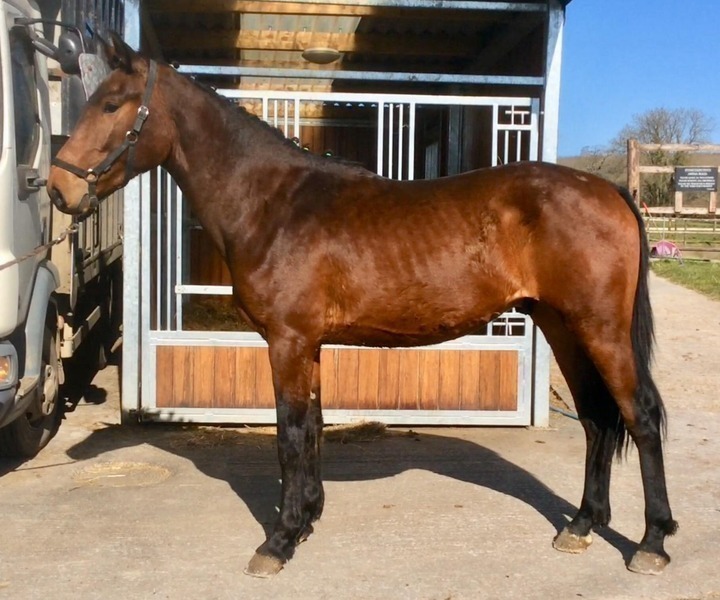 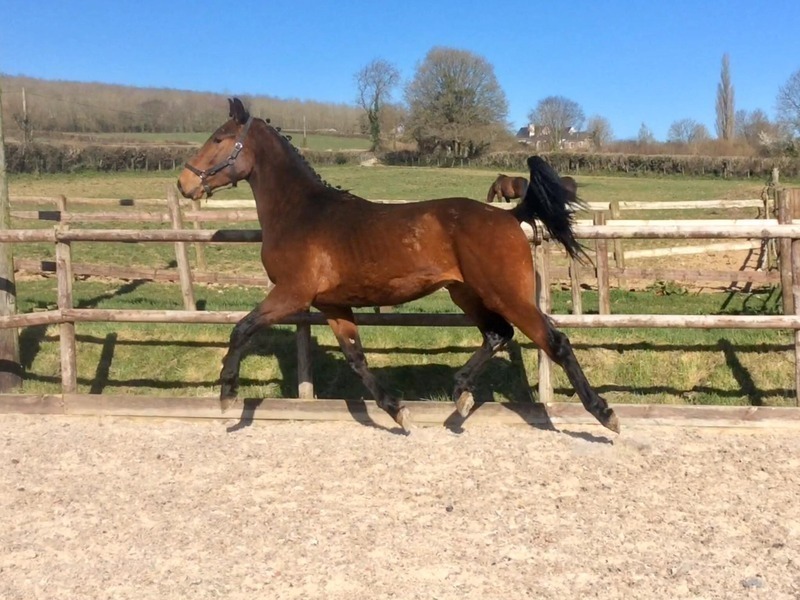 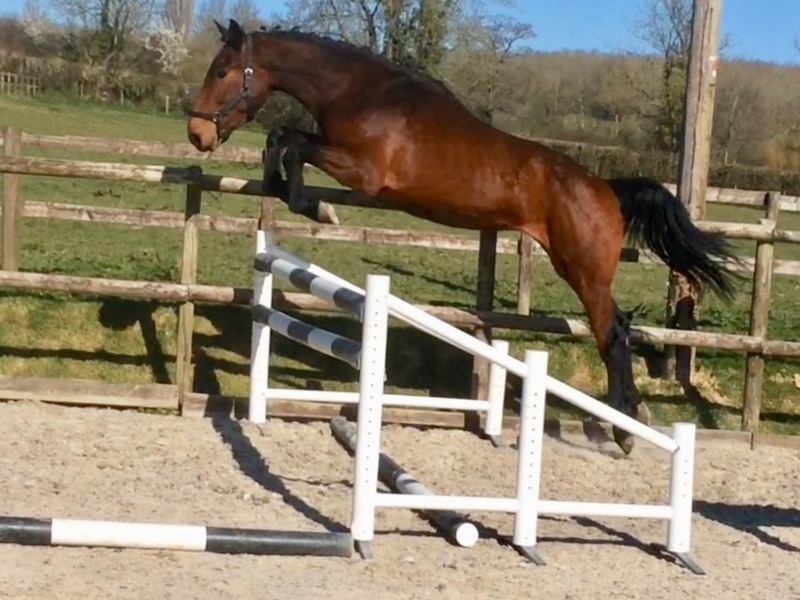 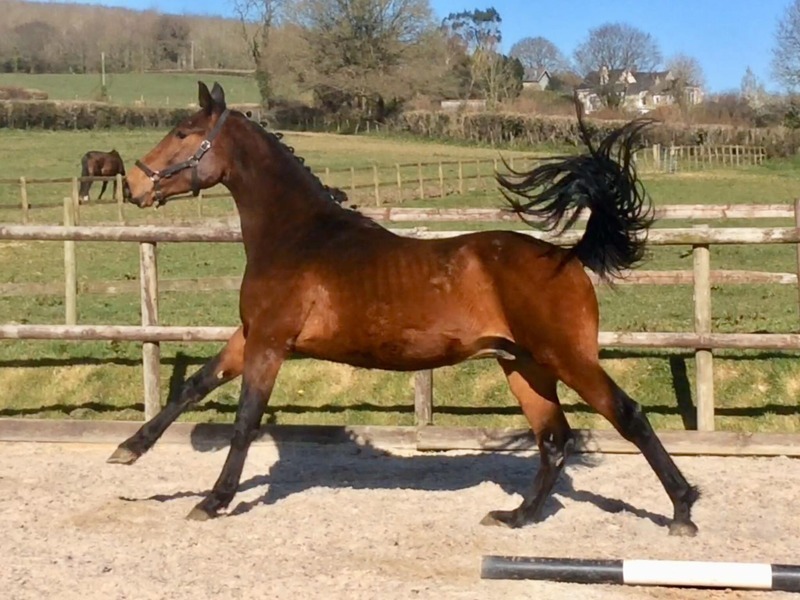 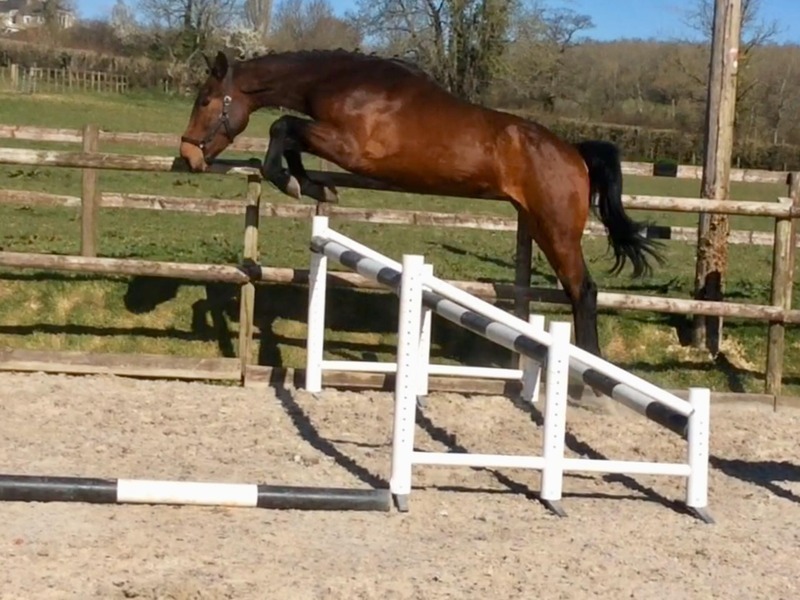 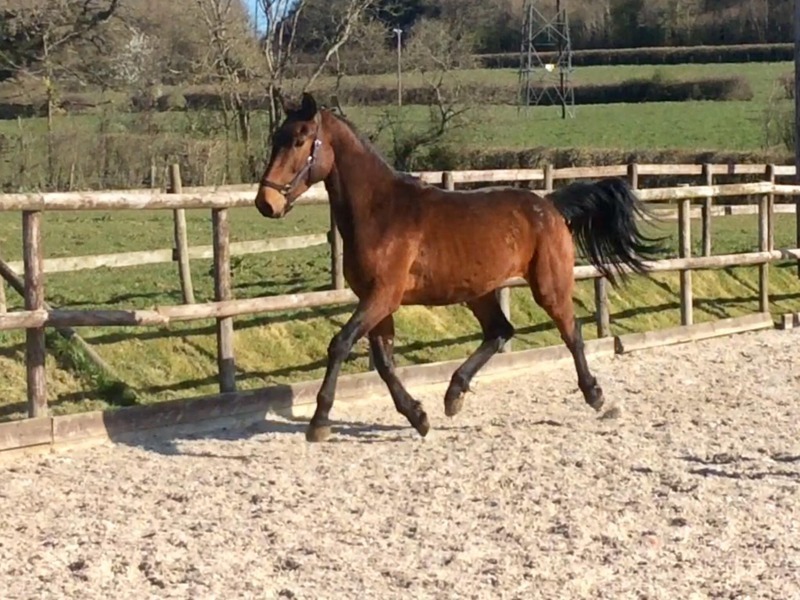 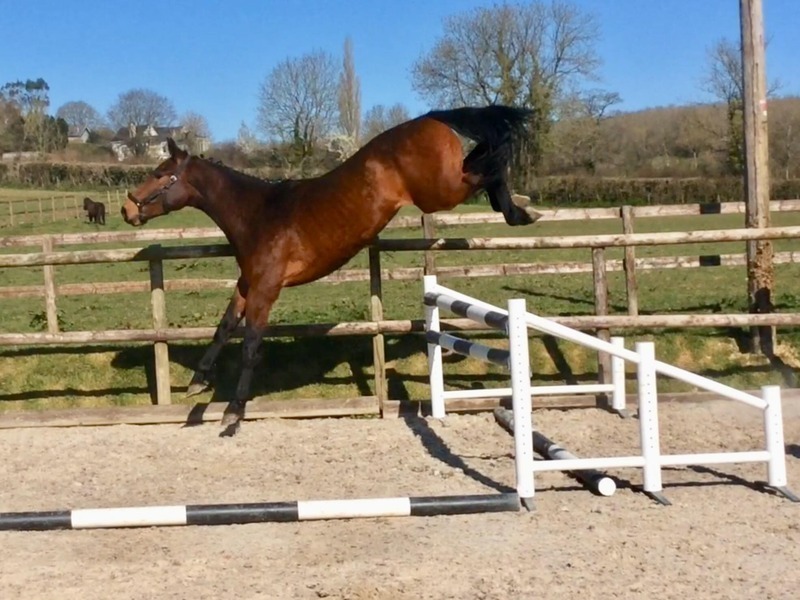 to make 16.2hh this is a great model, is ultra modern , a mover and a jumper and from a sensational pedigree

The word chapeau is usually used to express appreciation or respect for an outstanding performance, and this 4 year old BWP approved stallion delivers them time after time. With his powerful canter, scope and technique Chapeau is an excellent showjumping talent. That’s no wonder when we take a closer look at his strong Holstein origins. Sire Clearway was successful in several Grand Prix with Lars Bak Andersen and produced top horses like Glock’s Cognac Champblanc, Clarimo ASK, Carella 5 and Corino. Chapeau’s dam Vuttion VA is a half-sister of the 8 year old international 1.40m showjumper Cassons (s.Cassini II) of Alexander Hufenstuhl as well as multiple 1.30/1.35m jumpers.