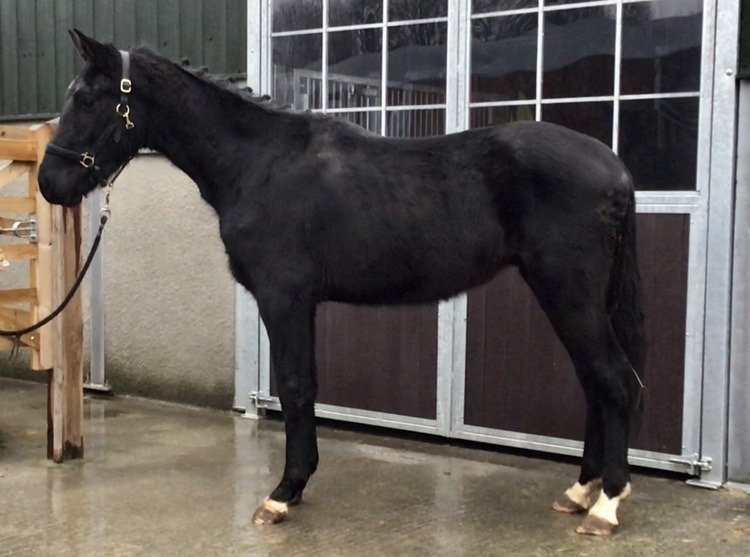 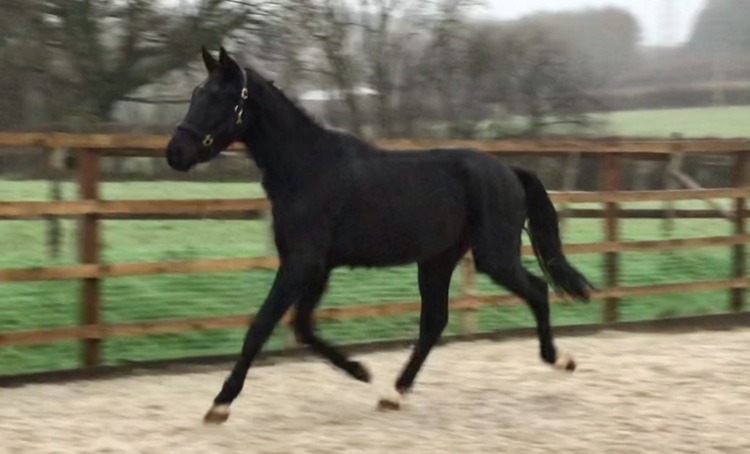 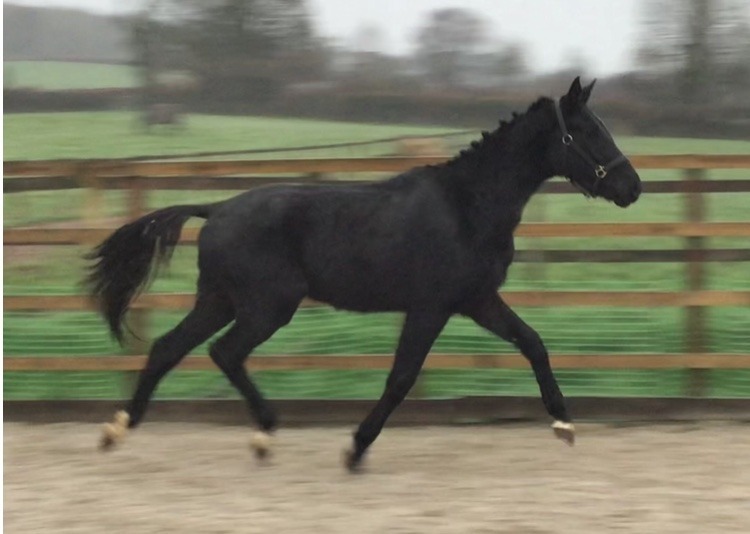 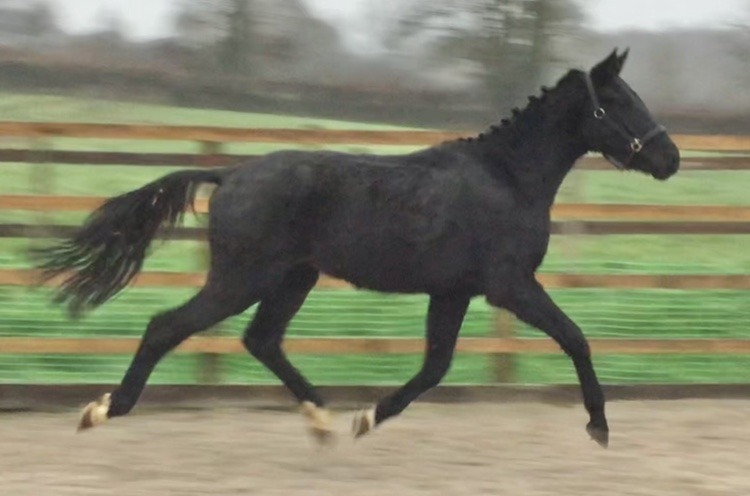 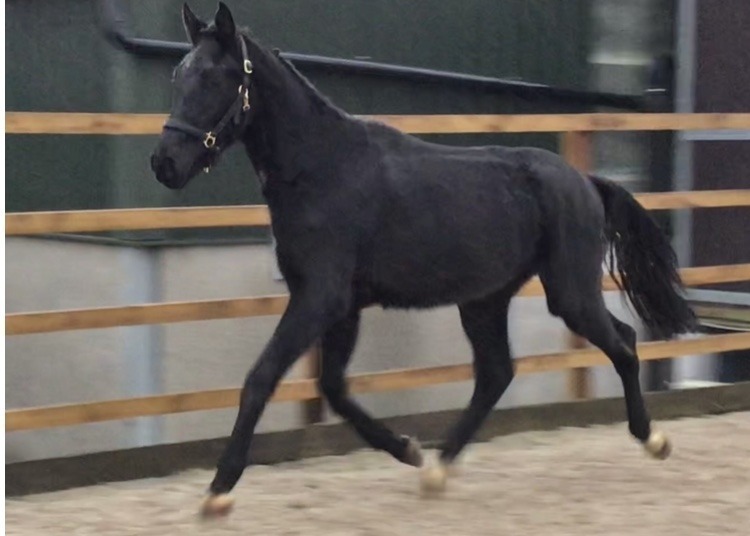 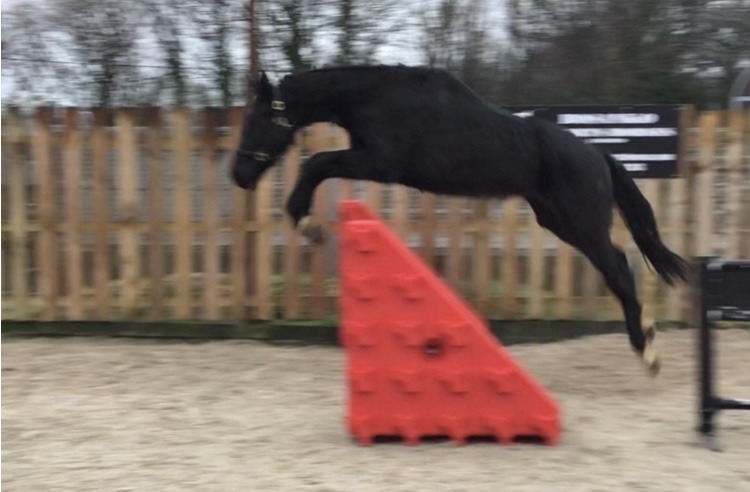 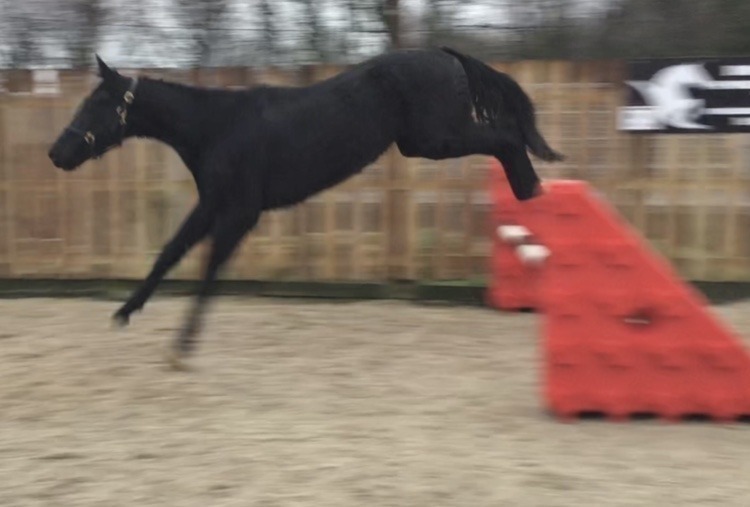 A very versatile horse for the future in either dressage or eventing.

his sire For years there has been searched for stallions with ‘free’ bloodlines for dressage horse breeding. Not only in this context is this excellent Fontaine TN an asset, he also impresses with his qualities and health. This Hanoverian bred eye-catcher has been approved for Westfalen and meets the genomic requirement of the KWPN thanks to a very high score of 105. His sire Finest was declared premium stallion and has already claimed remarkable results in the young horse competitions. The Fürstenball son is also making progress as a progenitor of dressage horses, as the successes of his offspring at inspections, auctions and under the saddle are outstanding. Finest turns out to be a champion maker and Fontaine TN carries also valuable genes from his damline. Both his dam Sky and granddam Gilette were declared Staatspremie-stute and Sky is a half-sister of the international Small Tour dressage horse Raptor 3 (by Rubin Royal) of Karen Böckmann. Granddam Gilette has also foaled two third level dressage horses. Damsire Samarant showed his qualities in the Small Tour under Andreas Helgstrand and has managed to be very valuable as a breeding stallion. The oldest descendants of this Sandro Hit son are performing on Grand Prix level, such as Salenga (Sarah Waldsperger), Sam Donnerhall (Anthony Astier) and Sir Simon 12 (Ulla Salzgeber). In the third generation we meet the Graf Grannus-son Ginsberg, who not only sired multiple international show jumpers but also the Grand Prix dressage horse Gringo of Sirpa Degerth-Kaldi. From this immediate family also descent approved stallions like Lividon GPF (s.Livaldon) and premium stallion Dream Maker (s.Damsey FRH). The talented Fontaine TN is free of influential breeding stallions as Jazz, Flemmingh, Gribaldi and is facing a great future for both sport and breeding.

he is a lovely type with All the ingredients for a big future.