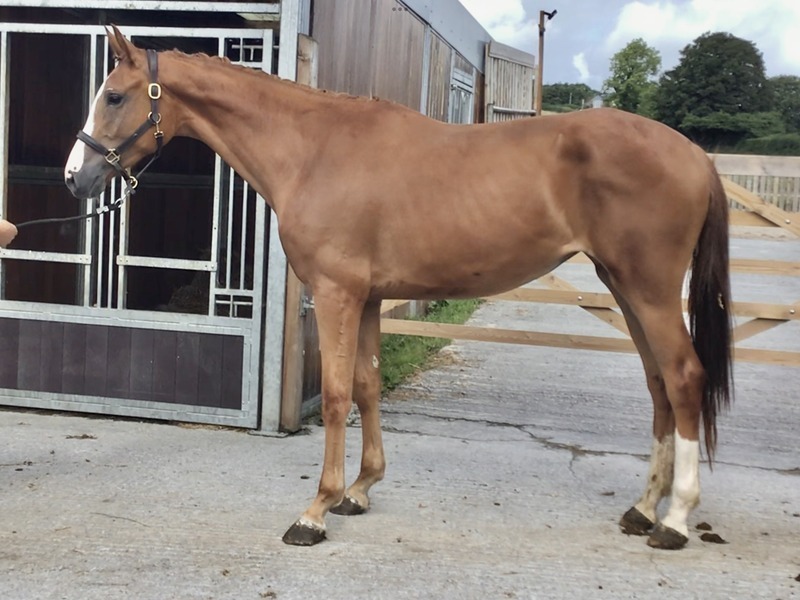 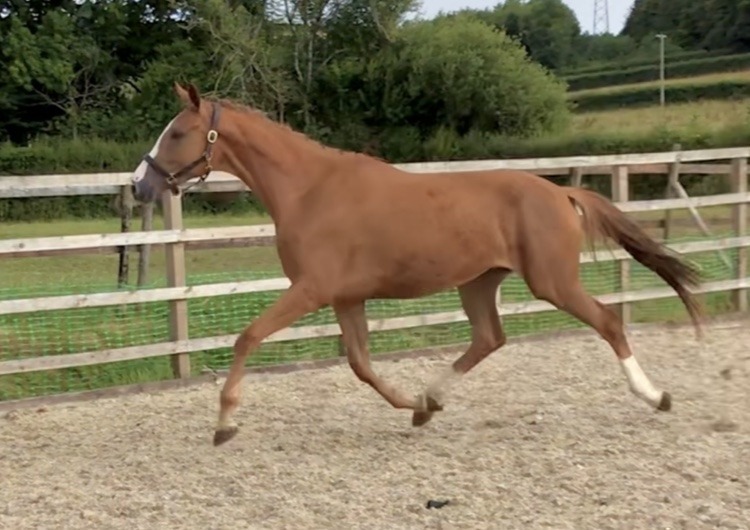 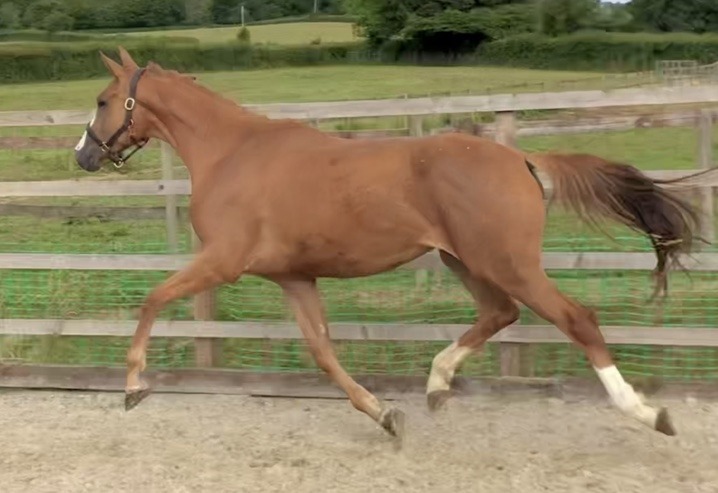 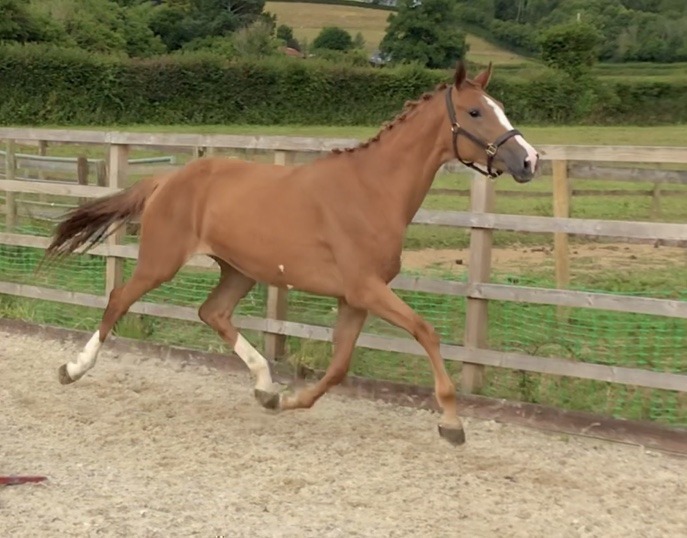 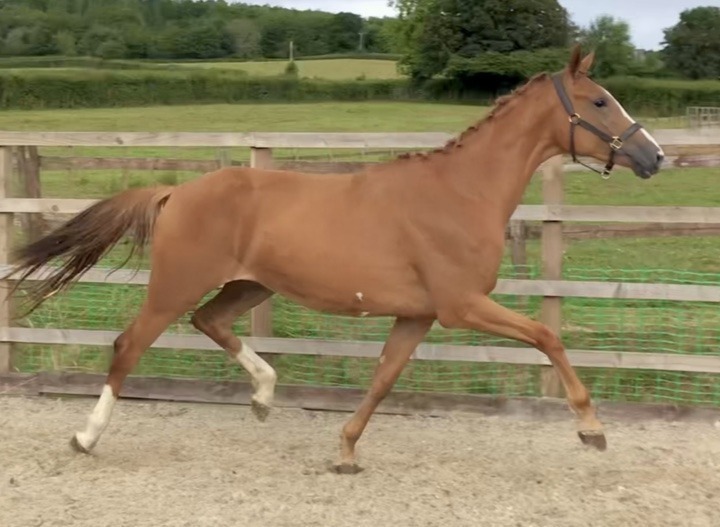 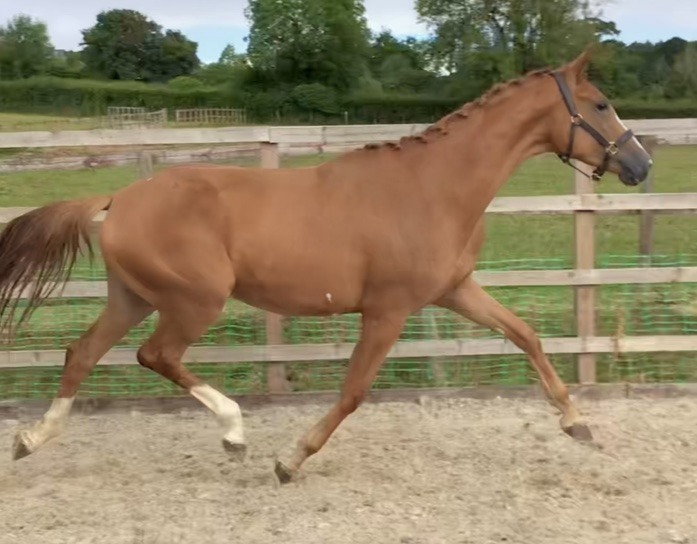 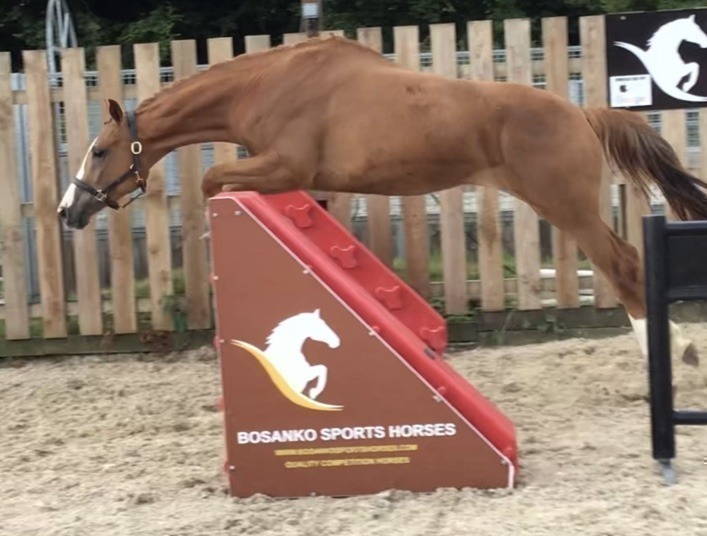 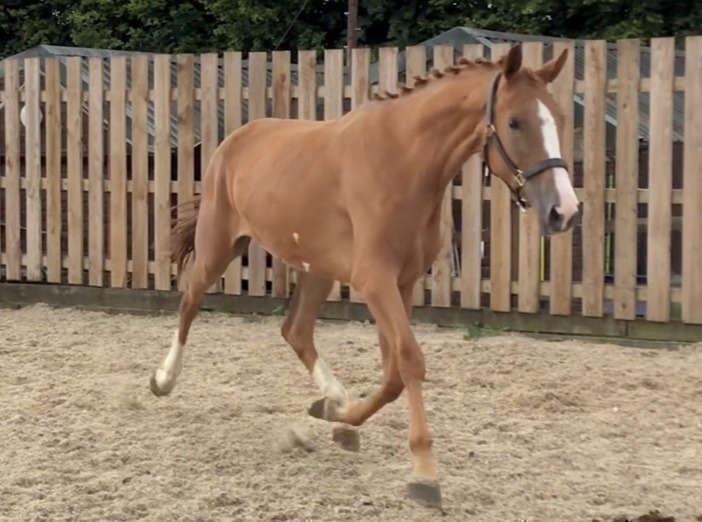 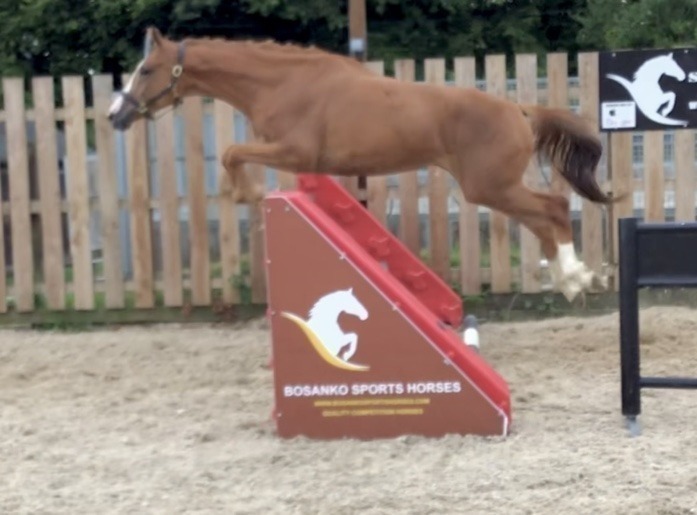 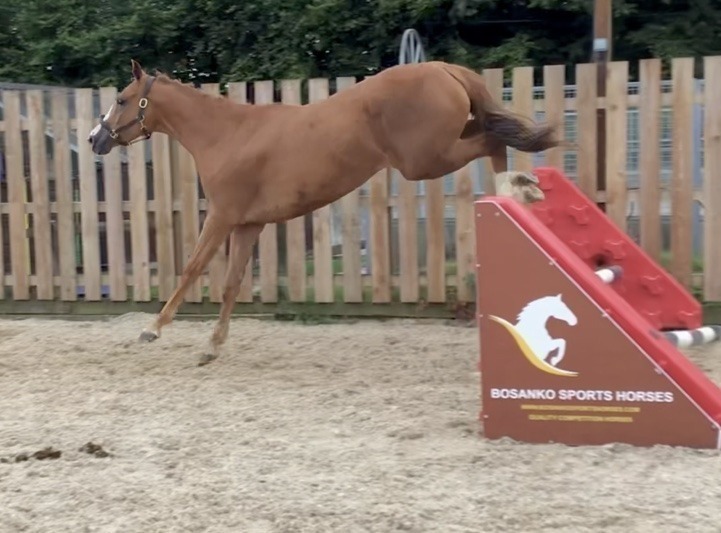 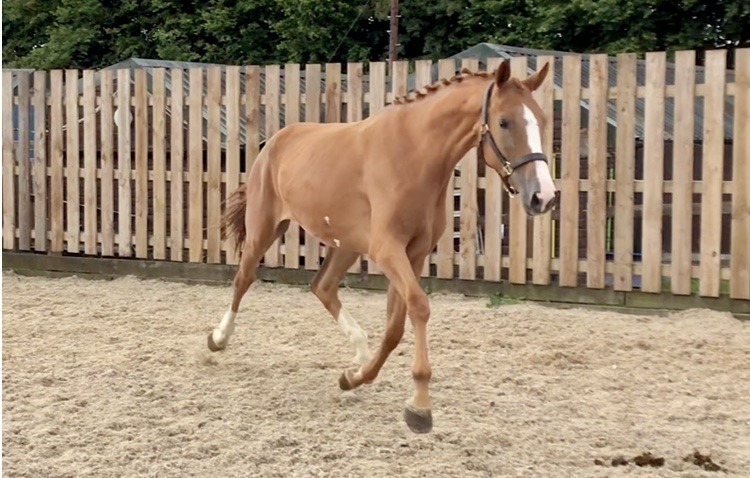 a very exciting prospect for dressage or indeed eventing. She is a class mover, like elastic. She also shows a super jump in her first efforts and is totally modern of type adding to her eventing appeal.

her sire Fürst Jazz’ offspring have excelled. From his first generations of offspring, he produced ten licensed stallions, including the Champion Stallion Fürst Fabelhaft, the premium stallion and bronze medallist at the Oldenburg Regional Championships for four-year-old stallions, For Donnerhall OLD, as well as the P.S.I. auction highlights Fort Lauderdale and Fabuleux Coeur. The daughters of this up-and-coming star, who is following in the footsteps of his revolutionary great-grand-sire Jazz, are equally exceptional, such as First Lady, who was successful at the Oldenburg Regional Championships and the German Championships. Focus me/Lydia Camp also took part in the Championships in Warendorf.

His dam Borendy was Reserve Champion of the stud book registration competition in the Netherlands and made it to the finals of her age group.

His dam’s sire Painted Black I is the son of the legendary Gribaldi, Trakehner Champion Stallion, Trakehner Stallion of the Year in 2008, “preferent” stallion in the Netherlands and leader of the WBFSH ranking list of the best dressage sires in 2014. He won the silver medal at the World Championships for young dressage horses in 2003, finished third in the World Cup finals in 2009 with Anky van Grunsven/NED and participated with Morgan Barbançon Mestre/ESP in World Cups, European Championships, World Equestrian Games and Olympic Games.

Grand-dam Orendy, honoured as prest, ster and pref mare, produced the sires Zhivago and Estados (both by Krack C). Her daughter Capri P produced the licensed stallion Grenoble (by Bordeaux). Her full sister Trendy is the dam of the sires Charmeur (by Florencio I)/Madeleine Witte-Vrees/NED and Edelman (by Vivaldi) and her full sister Serendy produced the European Championship team Bronze medallist Zuidenwind (by OO Seven)/Rose Mathisen/SWE.

Jazz, in the third generation, was several times part of the Dutch dressage team with Tineke Bartels and Kirsten Beckers. Up until 2011, he led the ranking of the best dressage sires in the world. He is currently third. In the Netherlands, he was honoured with the predicate “preferent” and was named “KWPN horse of the year” in 2006.

her damline is super too and furthers her appeal across the disciplines.