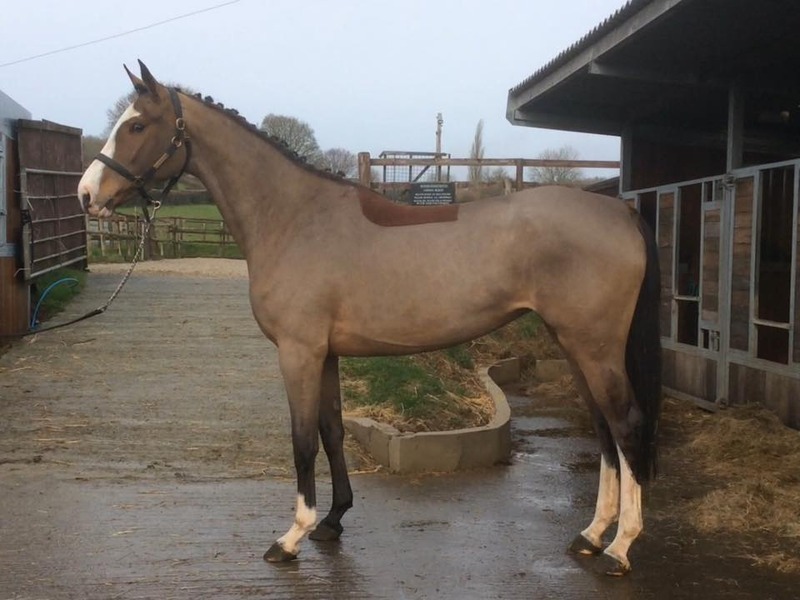 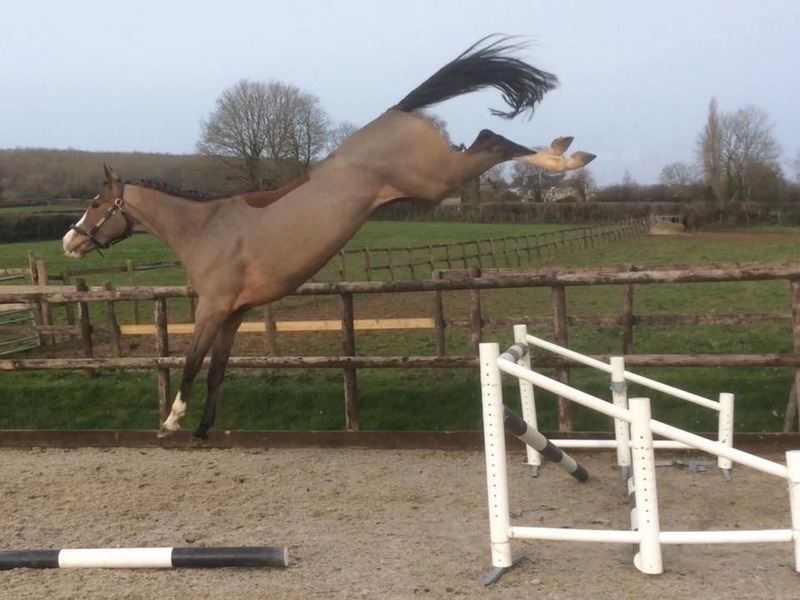 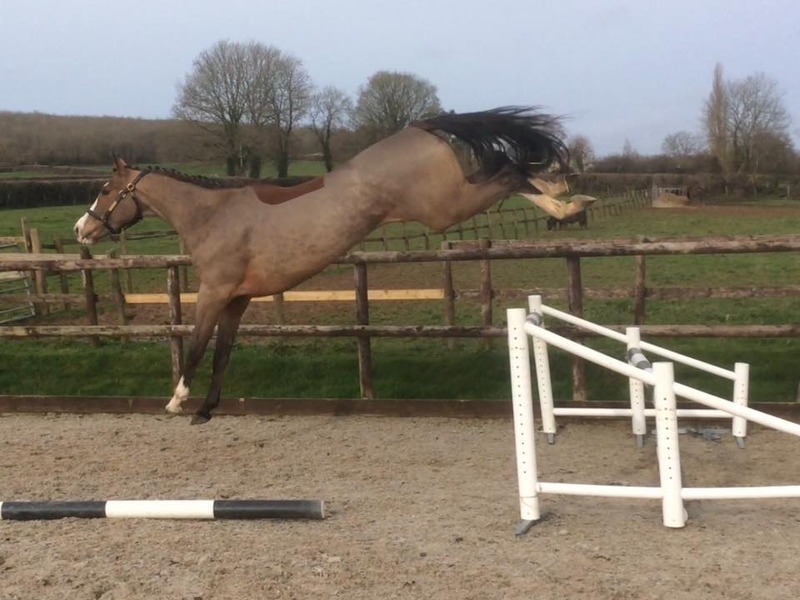 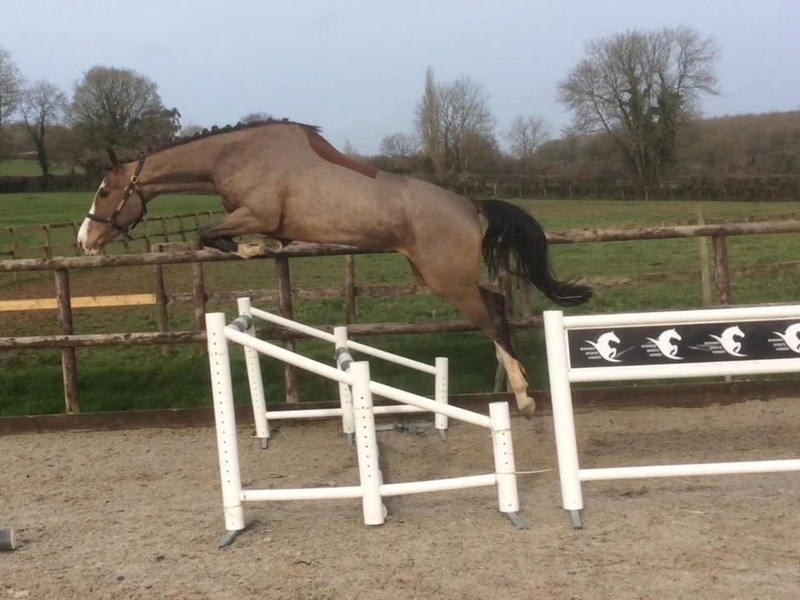 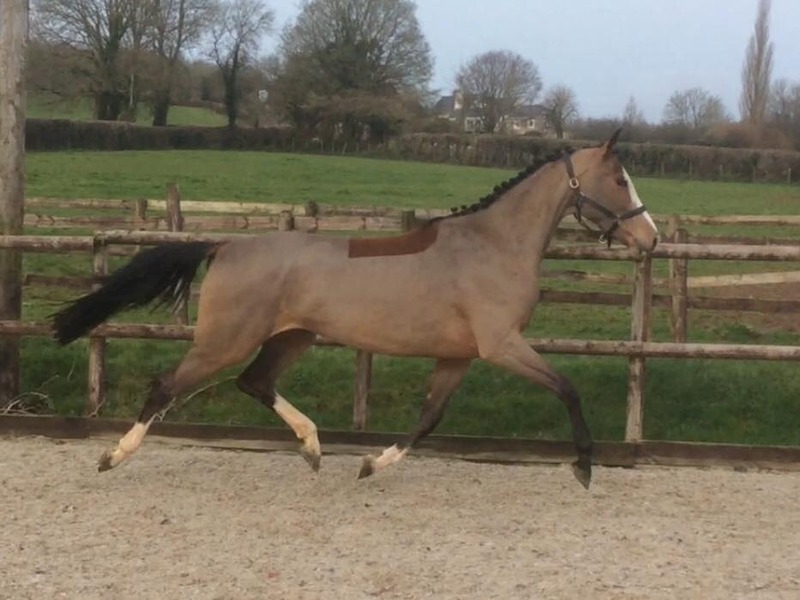 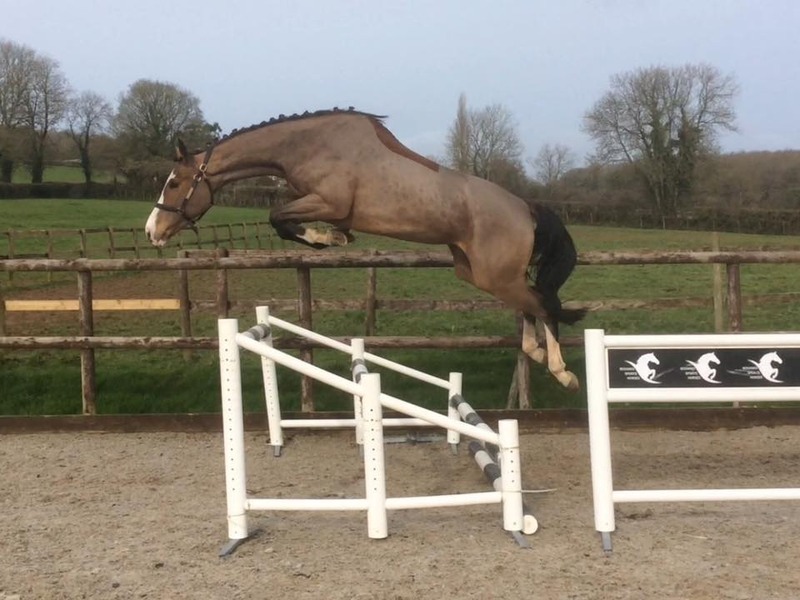 golden star (vigo d'arsouilles) x great pleasure x corofino(2015)mare
an absolute favourite of mine... 16.2hh 5yo mare, a dream sport type with a big future. this is backed up by a world class pedigree. her sire golden star a young stallion by former world champion , vigo d'arsouilles. Vigo d’arsouilles is a son of Nabab de Rêve and out of Fleury du Manoir. World Champion showjumper himself by one of the world’s best stallions, Vigo d’Arsouilles is one of the new rising stars of European breeding. He produces new international winners every year, amongst them : Ego Van Orti, Dixson, Donatella-N, Sterrehof’s Ushi, Super Trooper de Ness..

In 2010, Vigo d’Arsouilles won the gold medal at the World Equestrian Games in Kentucky, under his regular riderPhilippe Lejeune and made a significant contribution to the surprise team bronze medal victory. Incidentally, one of Lejeune’s past international show jumpers was Vigo d’Arsouilles’ sire Nabab de Rêve. A well-developed horse out of a strong dam-line, Vigo d’Arsouilles is SBS-approved and KWPN-recognized. His son Bernini was approved by the KWPN with very high scores in the jumping components of the performance test.

Vigo d’Arsouilles and Lejeune were regulars on the Belgian show jumping team, and they have placed high in various Grand Prix and Nations Cup competitions. Furthermore, the talented jumper was crowned Belgium’s Horse of the Year in 2008. In 2010, he was awarded the title again; and in 2011, he was declared BWP Ambassador.

her dam line combines more of the worlds best with great pleasure, corofino and ahorn featured.

shesa wonderful type, an elastic mover and a top jumper.

***update: this mare was sold unbroken in collaboration with one of our riders in february, is now broken and her video shows her at her first show ever, she is a serious horse for the future and will only be sold if the offer is right otherwise she will continue to be produced, this is a horse we think an awful lot of***