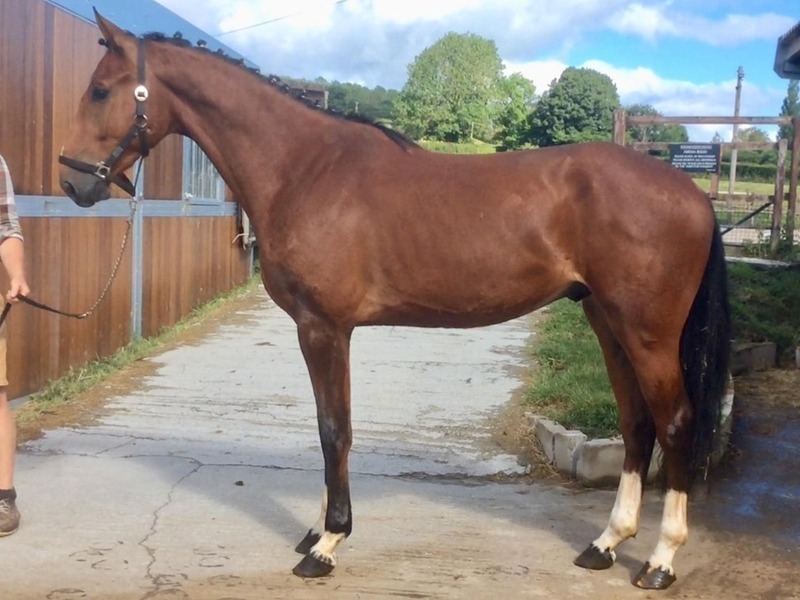 All eyes are on Grandorado TN, being one of the greatest talents of the G-year of the KWPN. In the KWPN Performance Test the son of Eldorado van de Zeshoek earned 85.5 points and he was already described as a phenomenon. Top-level rider Willem Greve discovered many world-class horses in his career and bought a share of Grandorado too.

“He is a true natural. He is a rough diamond with all the potential, in my opinion”, Willem Greve states about Grandorado.

Grandorado was not only the champion of the KWPN Performance Test, but also won the finals of the kwpn stallion competitions in 2016 and 2017! He also became second in the Stallion Competition in both Kronenberg and Zuidbroek.

in 2018 grandorado was 2nd best 7yo in the world at laneken and in 2019 hes tepped up to his first 5* shows proving hes every bit the future star..

his dam jumped her self at 140cm level and is graded 'elite.'

all of this quality is truluy reflected in this horse, hes a flawless type, has all the jump and a top mover. this is the sort worthy of any producers stable around the world!