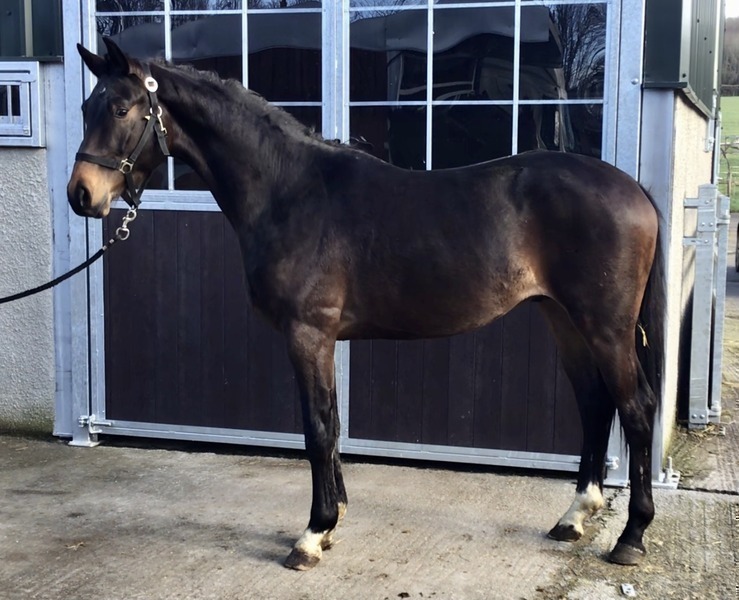 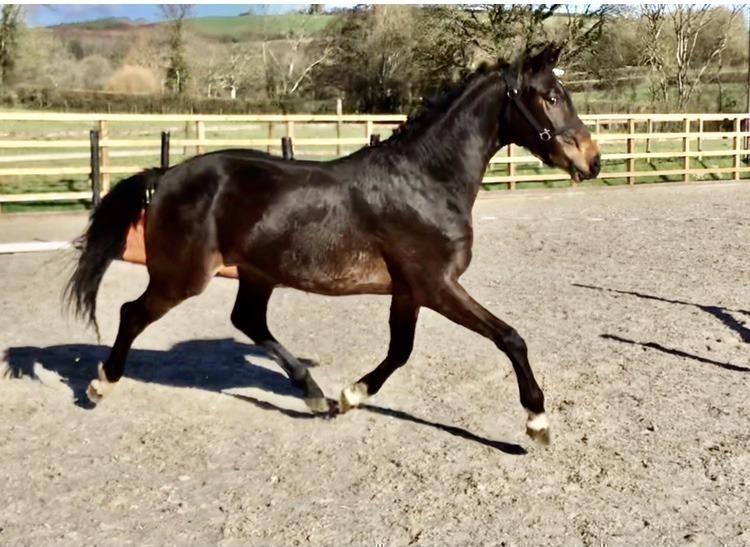 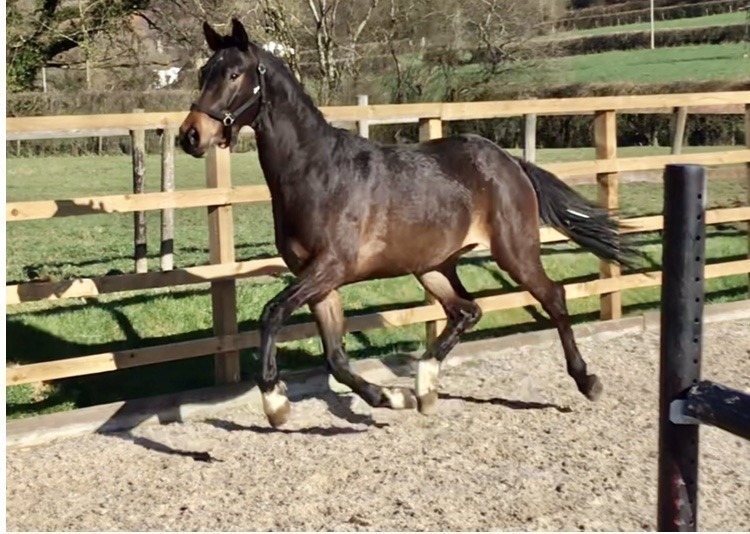 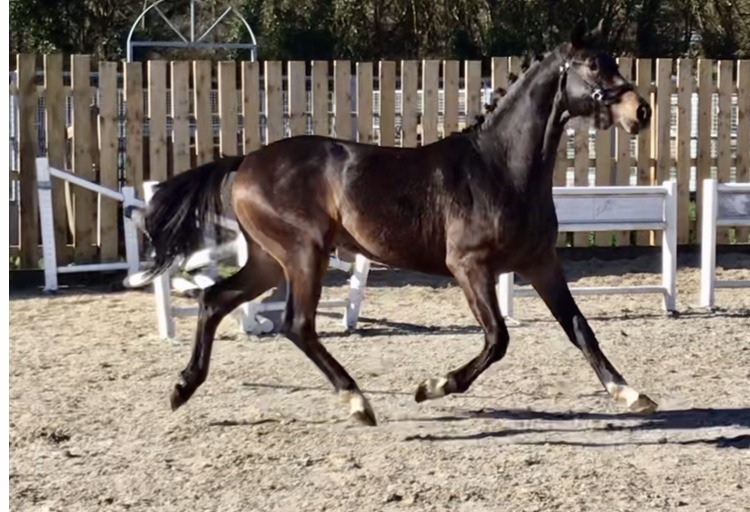 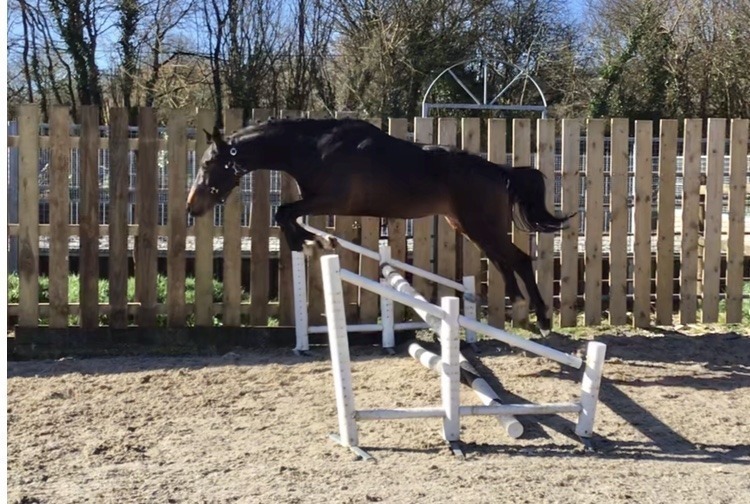 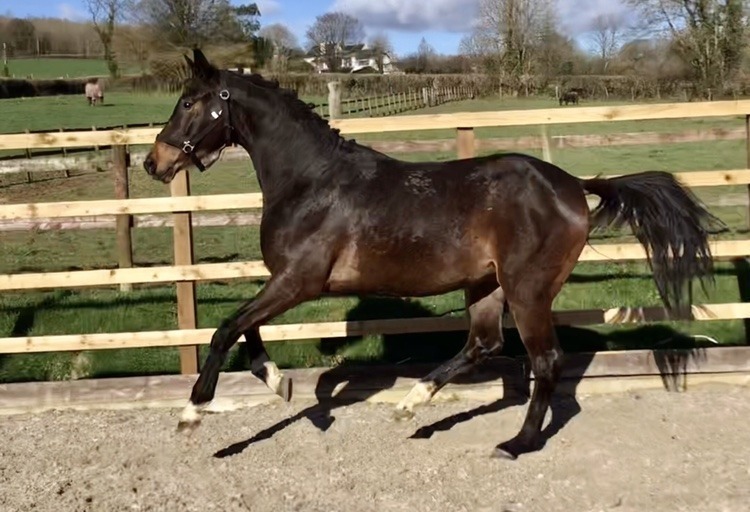 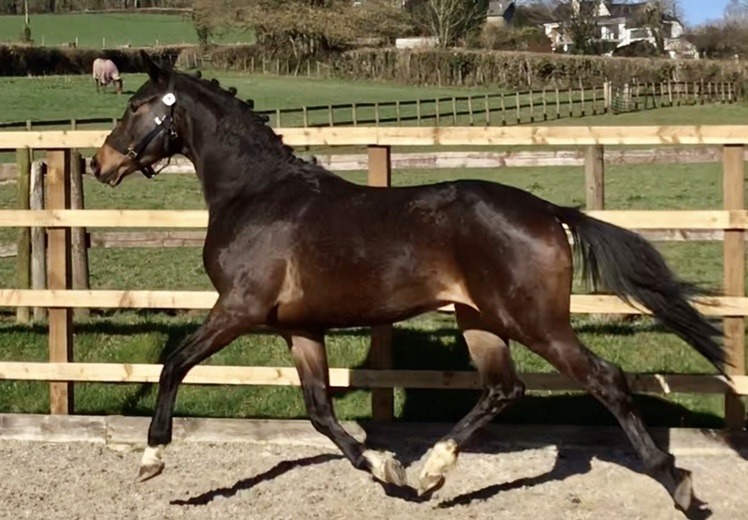 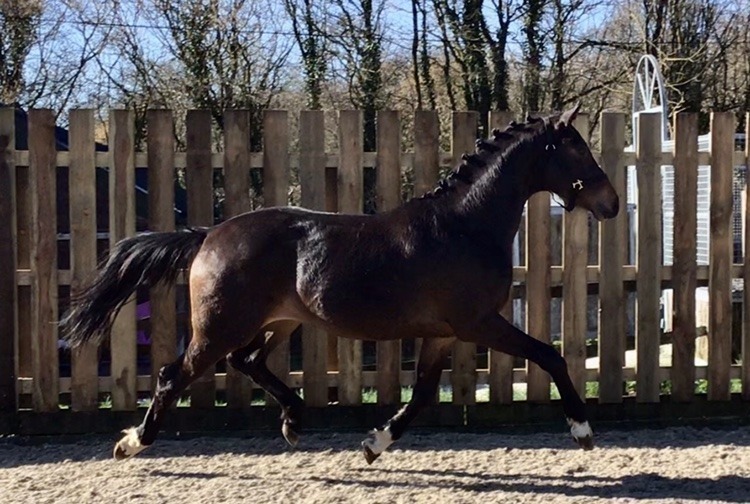 To make 16.1hh approx this is a ultra modern event or dressage prospect.

A dream to ride! That is this very rideable and light-footed Incognito. With his very good gaits, outstanding self-carriage and extra suppleness he came to a convincing score of 83.5 points in the KWPN performance test. His sire Davino V.O.D. burst himself with talent and produced out of a limited number of offspring already the national champion mare. This too early deceased son of Hotline is a half brother of the well inheriting stallion UB40 and he represents a solid performance damline. That goes for Incognito’s dam Dolce Vita Vrouwe as well, who is a descendant of the well-known Landsvrouwe damline. In her pedigree she combines the excellent breeding stallions Vivaldi and Houston and is bred out of a half-sister of the acclaimed Olympic dressage horse Glock’s Undercover N.O.P. (s.Ferro) of Edward Gal. This damline leads back to the well breeding Donnerhall-mare Mimosavrouwe, who’s not only dam of Undercover but also of the Small Tour dressage horse Rising Star (s.Krack C) of Barbie Asplundh. She is also granddam of the KWPN approved stallion Amazing Star (s.Flemmingh), the winner of the Dutch championship Pavo Cup for five-years-old who is now performing at Grand Prix level in Japan, as well as the national Grand Prix dressage horse Dupp Zhivago (s.Flemmingh) of Bert den Uijl. With so much talent, attitude and proven dressage genes Incognito has everything it takes to become an exceptional sport horse and striking breeding stallion.

his dam jumped to 110cm level and competed to medium level dressage.