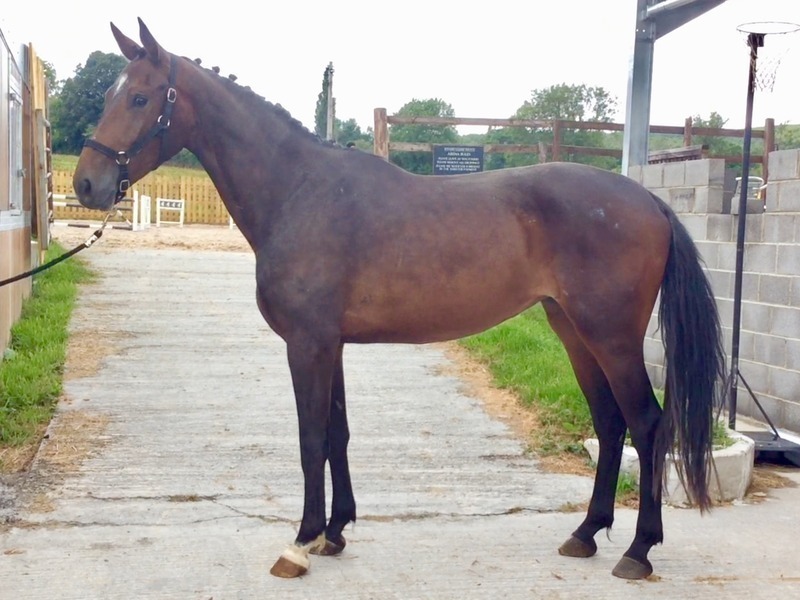 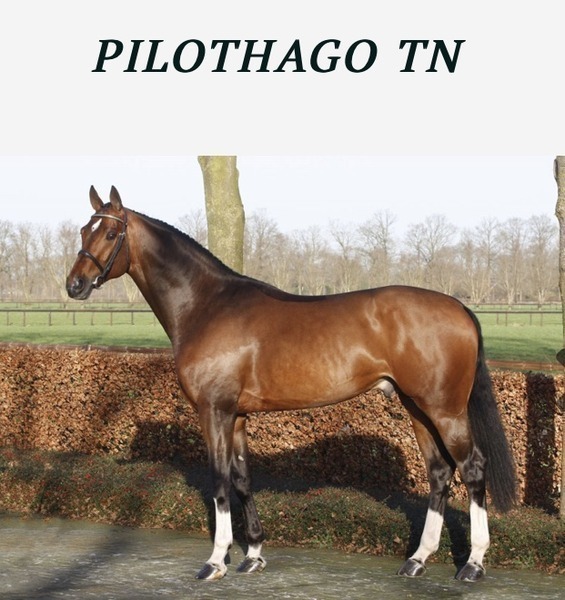 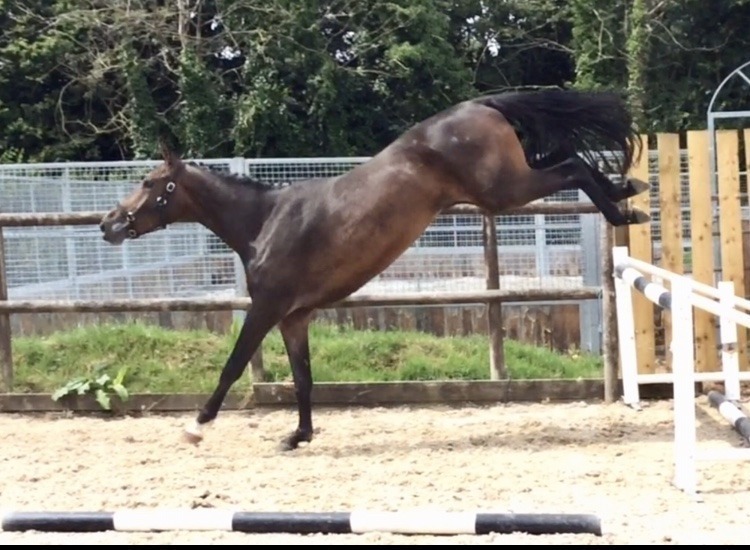 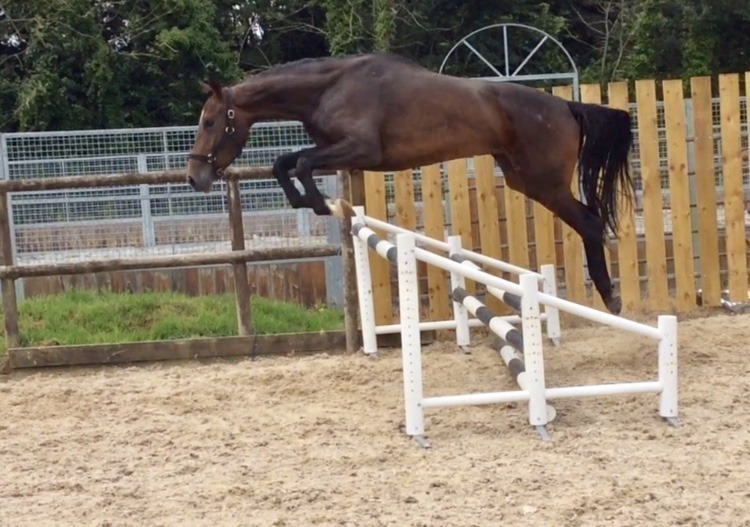 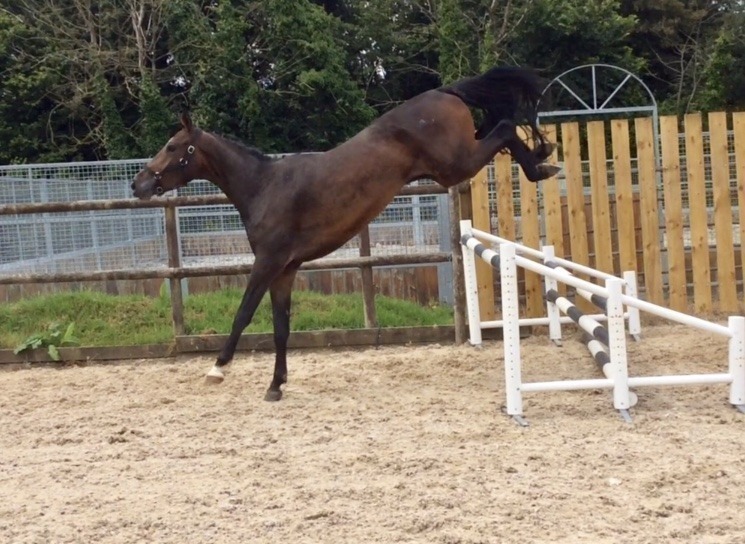 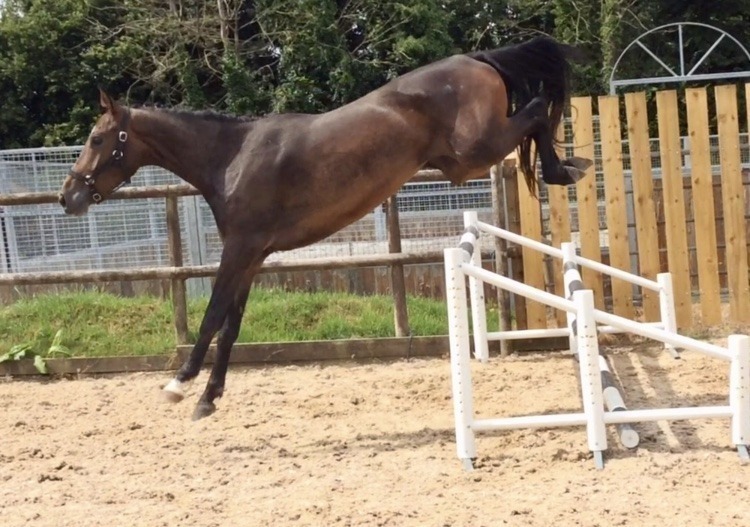 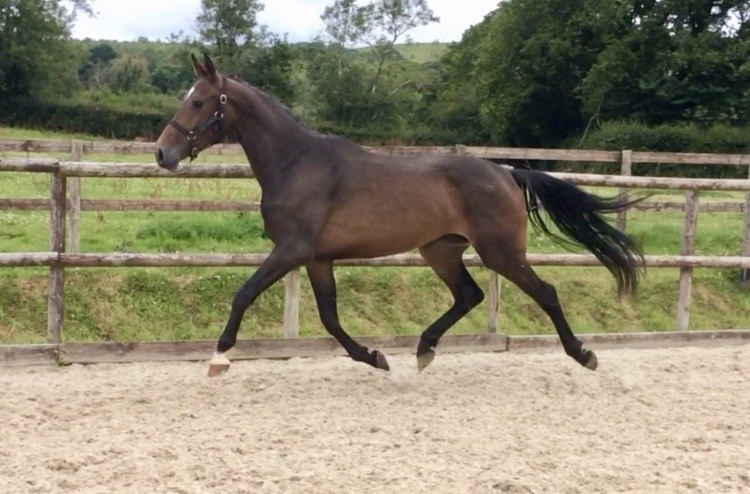 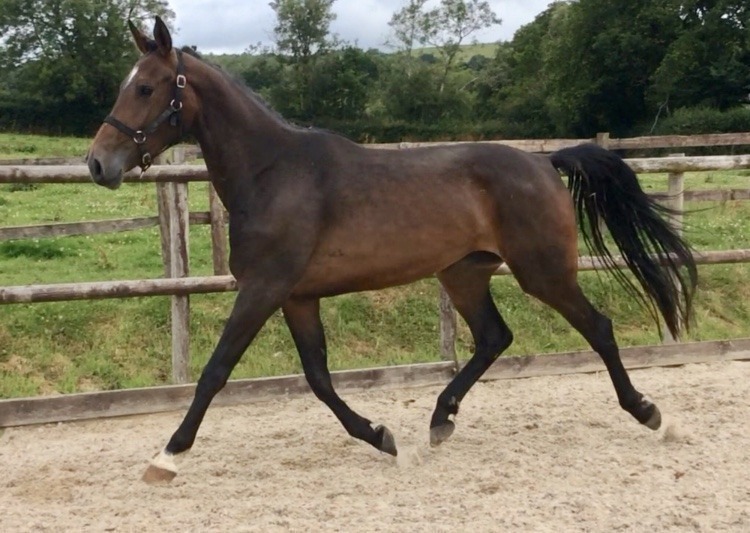 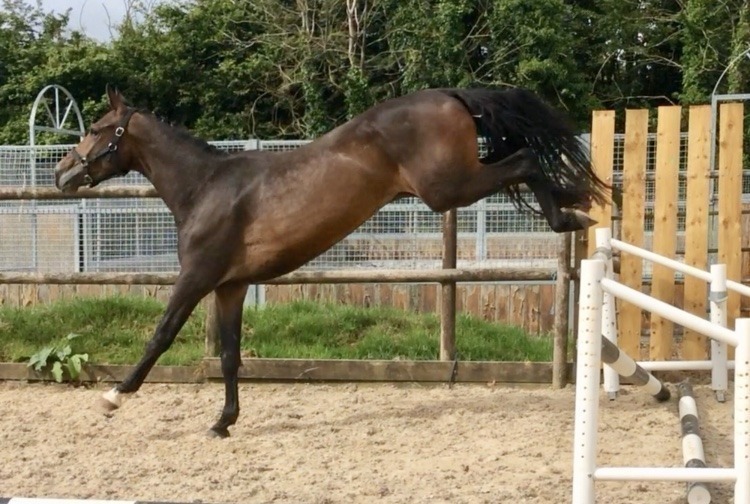 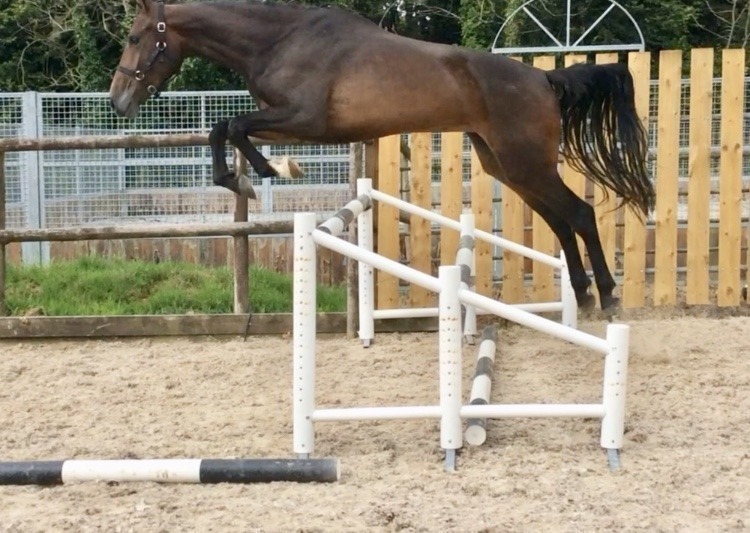 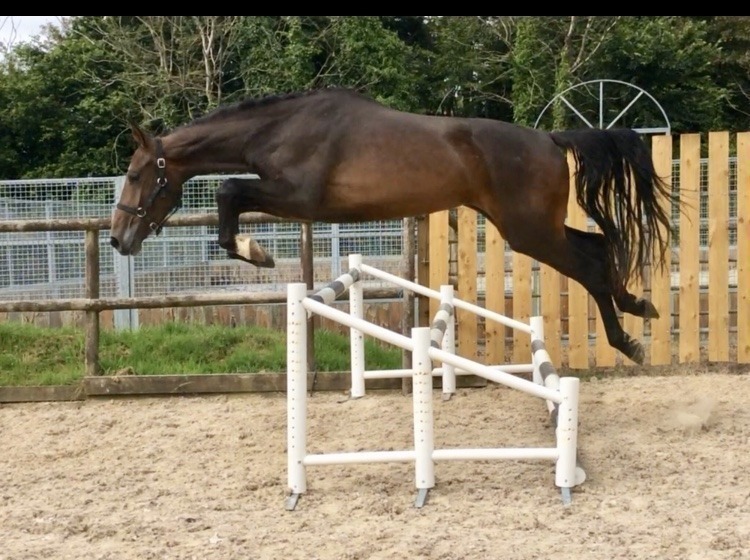 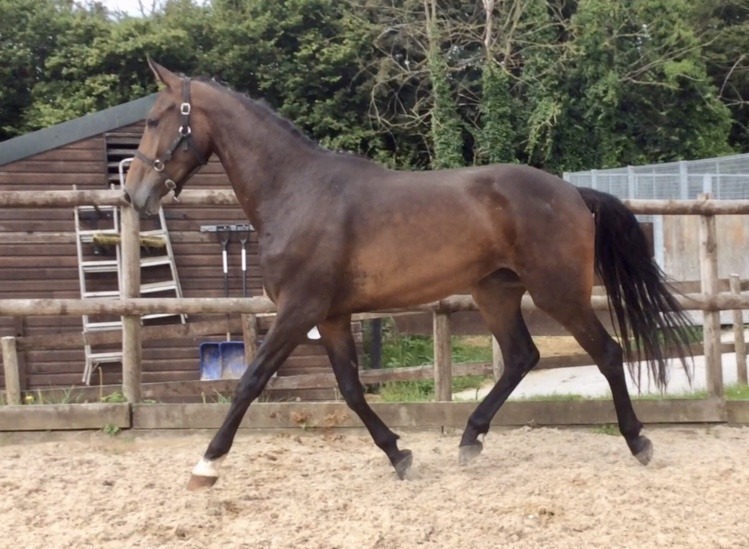 This is too good a chance to miss by not having a foal from her before she goes to sport...

16.2hh 3yo mare from an incredible pedigree.

Pilothago stood out with his talent as a showjumper during the 70-days-test in Neustadt-Dosse, earning an 8.75 for jumping under the saddle. For his character he received several 8s. Pilothago catches the eye with his enormous power and carefulness and looks to be a great talent for the future. His first offspring was born in 2014 and they seem to have great types, a good canter and elasticity.

Her grand dam jumped to 140 level and is elite graded ..

her dam has some incredible breeding and has noteworthy siblings,

“Dassino”(Cassini)Jumps to 145 with German Elliot gordon

this is super quality mare, she has all the blood and quality, jump and step , she will be a real sport horse once she’s had a foal and had time to develop...

She is in foal next year to a super young sire Komme casall (Comme il faut x casall) who is a real talking point amongst breeders in Europe and is beautiful type and has all the jump for a big future, he is just a 5yo himself .... all round this is a very exciting combination!!!!