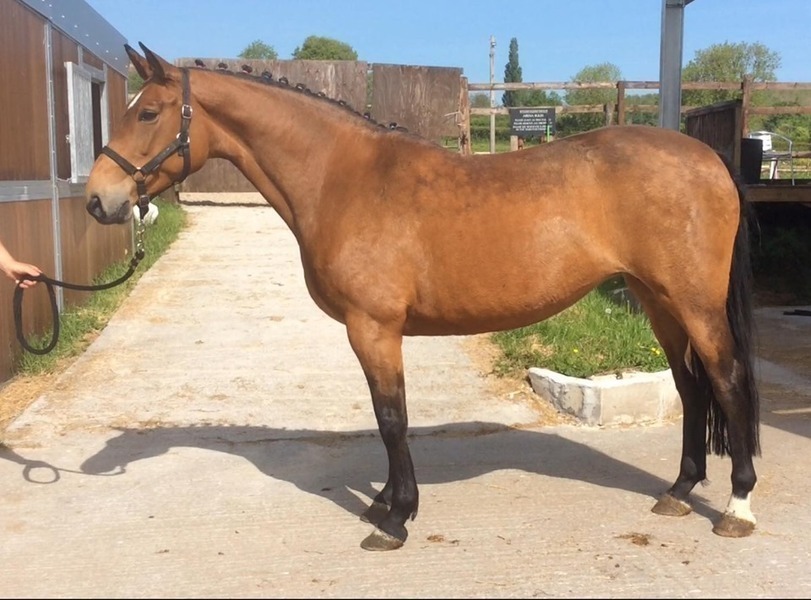 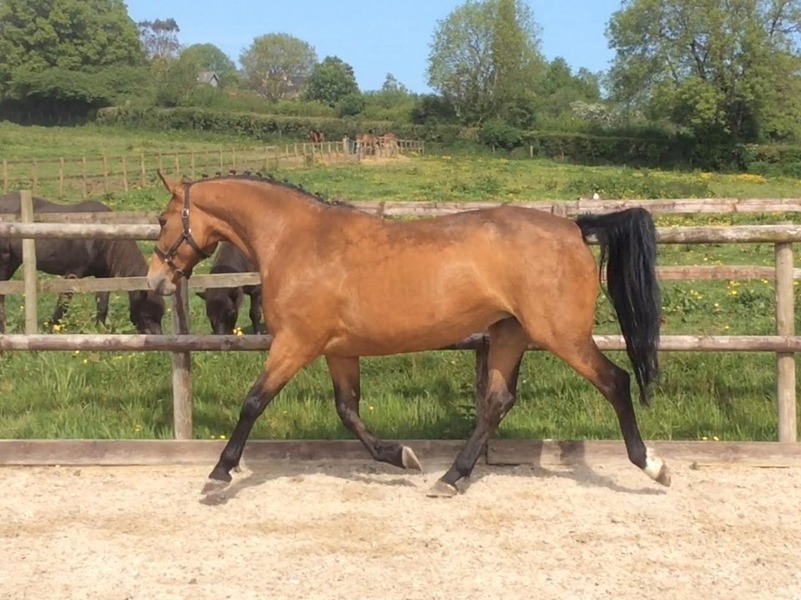 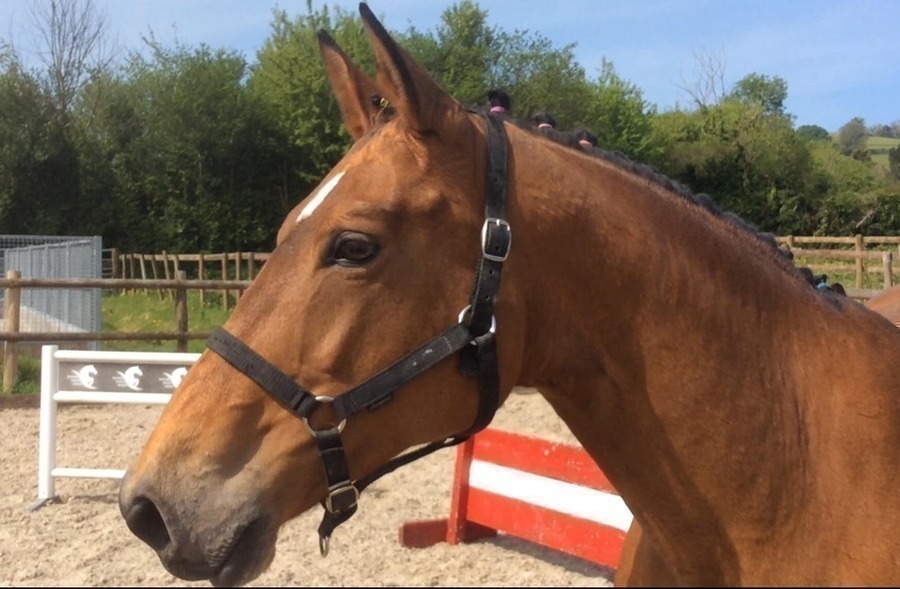 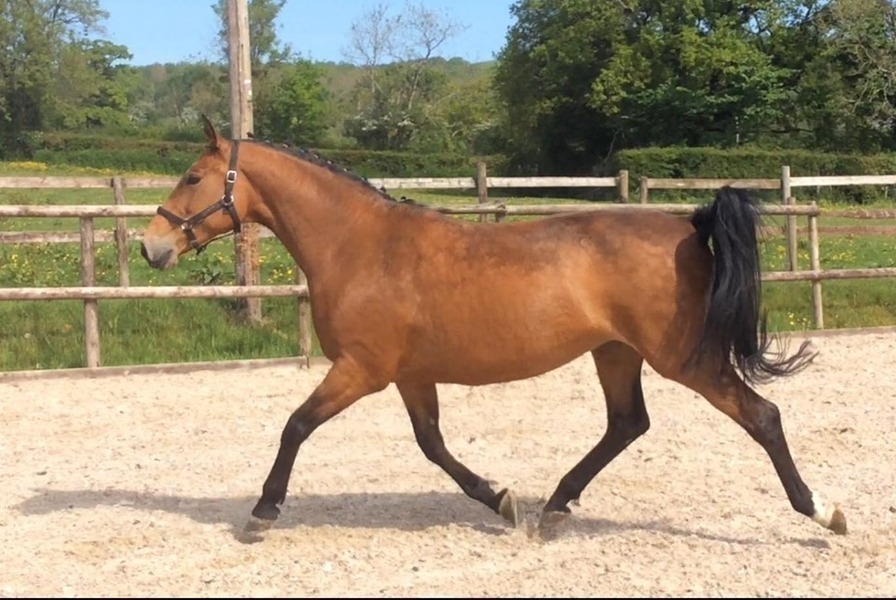 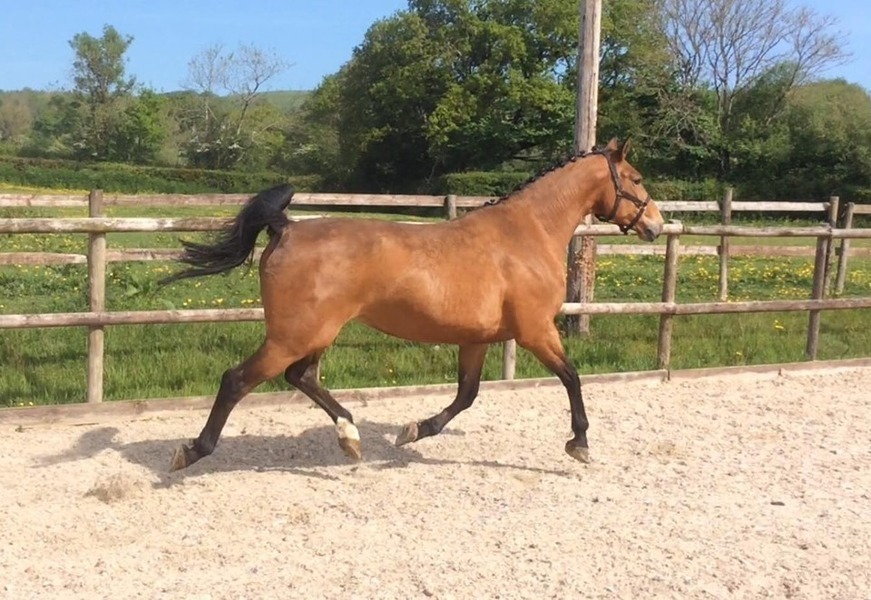 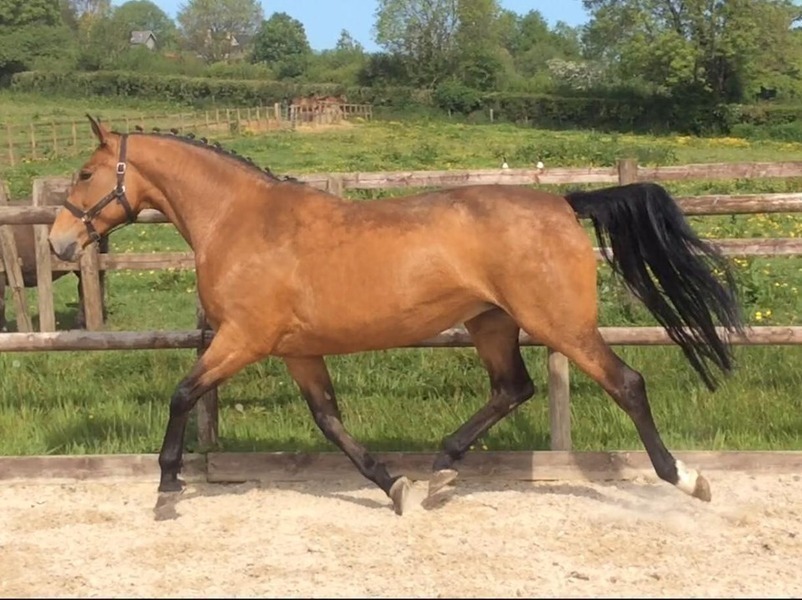 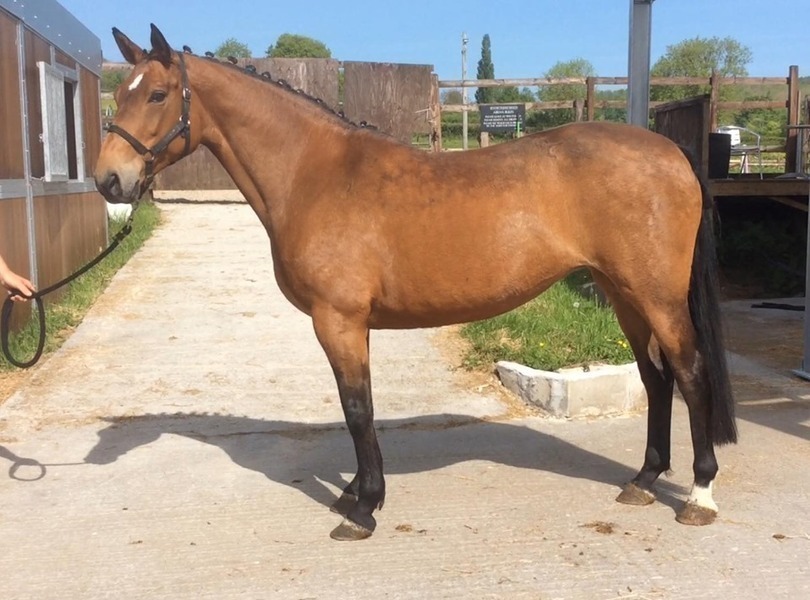 16.1hh bay mare, she is a reflection of the best ppssible french breedinbg carrying loads of blood and quality. her sire 'rosier' was ridden at top level by eric navet in france and left a plethora of top perfomers and licensed stallions as his legacy.

he is by the legendary uriel who sired 30 approved stallions including calvados and too many others to list but was responsible for many of the best modern lines in spport these days.

with this combined with phenomenal sire flipper d'elle as adam sire its easy to see why she has been used as a brood mare.

For most of his 10 year international showjumping career, Flipper was a permanent member of the French Showjumping team.

her own brother 'neuf de couer' (flipper d'elle) has jumped himself to 150cm level.

se has just been scanned in foal for next year to the legendary stallion 'eldorado van de zeshoek' a stallion we personally have had some incredible performers by making it a natural choice ...

Eldorado van de Zeshoek has a fantastic pedigree with a lot of sporthorse producers in his pedigree. Sire Clinton has an impresse career in showjumping and as well as a sporthorseproducer with offspring like Cornet Oblensky, Allemachtig, Via Volo, Special etc. Eldorado's dam Bijou Orai has jumped at Grand Prix level with Hubert Bourdy and was than exported to the United States. Her sire Toulon (v. Heartbreaker) was also ridden by Hubert Bourdy and they won the Grand Prix of Sao Paulo and were second in the Grand Prix of Calgary and Valkenswaard. The damline is going back to the foundation sires Calypso III and Latano. This damline is the very famous Holsteiner line 2581, which produced the grand prix jumpers Gonzales (v. Carneval), Akynoek (v. Kannan), Bijou Orai (v. Toulon), Samba (v. Calypso III), Ufra (v. Coronado) and Valdorai (v. Ahorn Z). 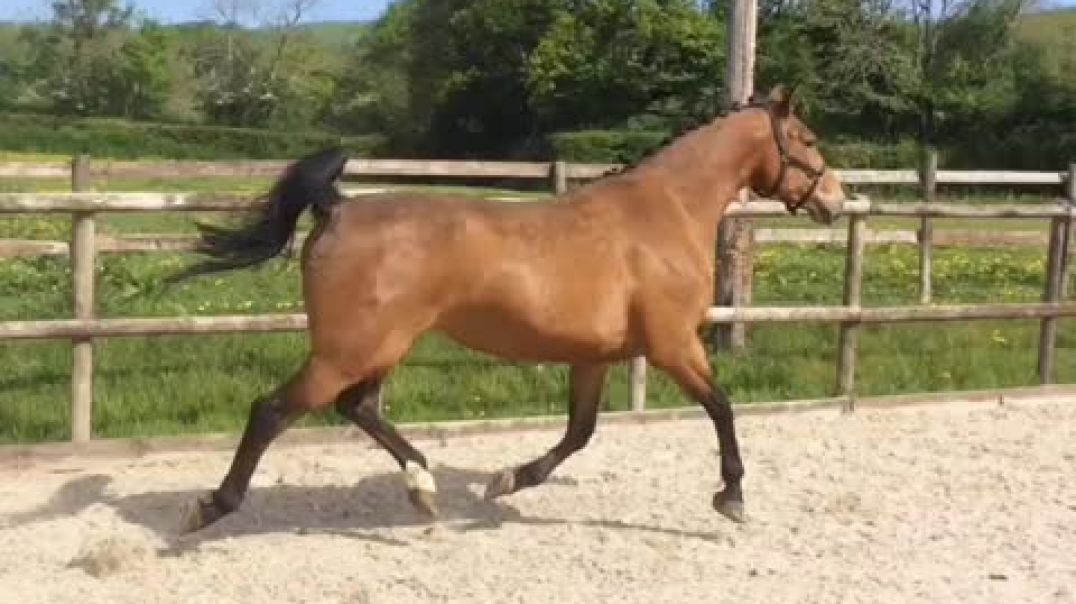