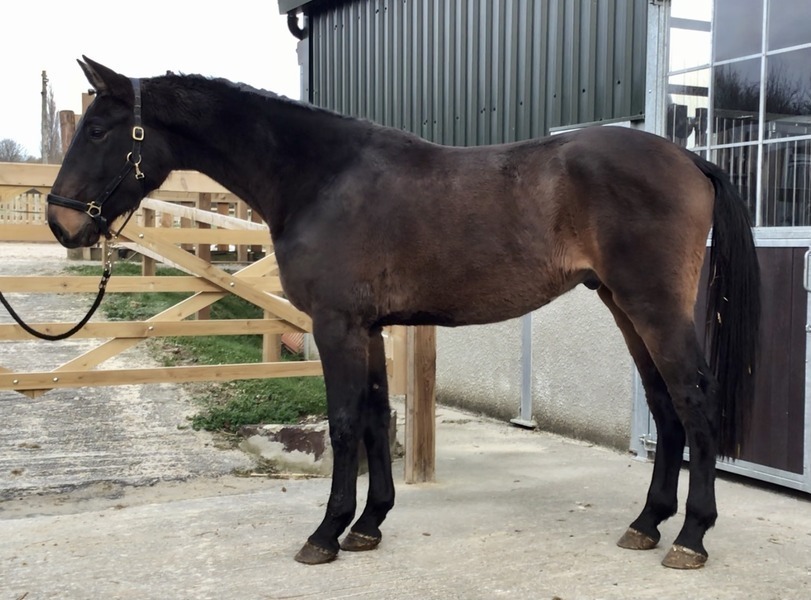 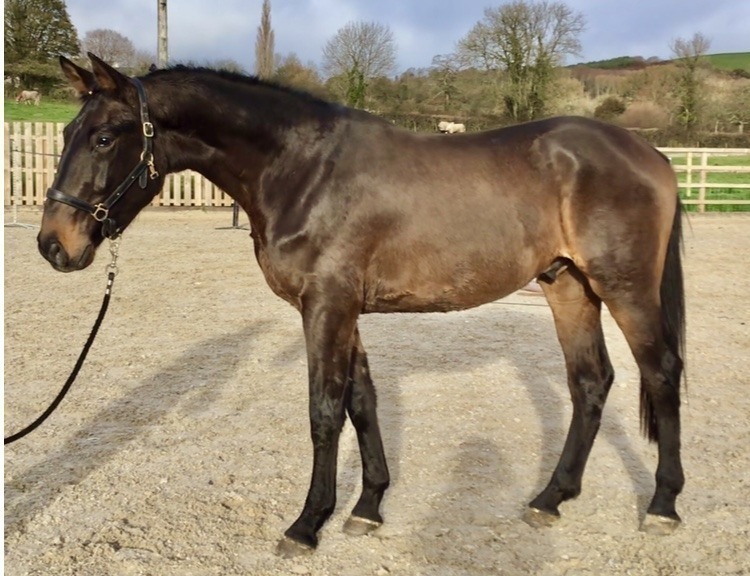 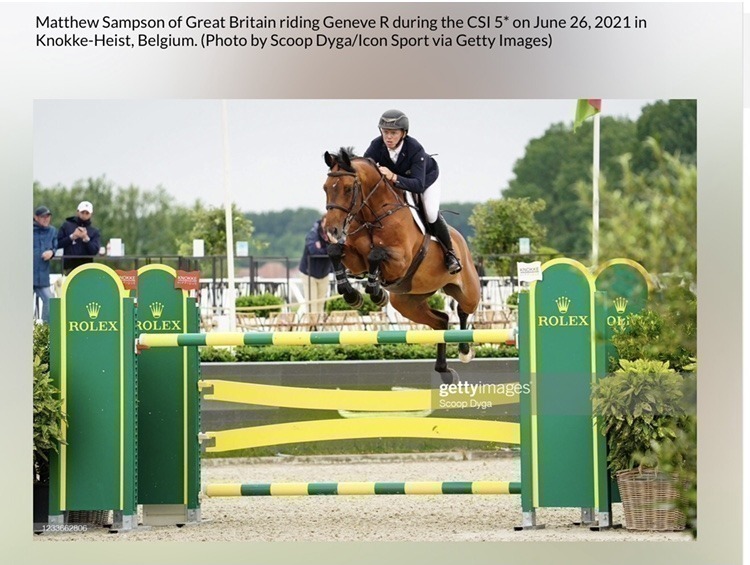 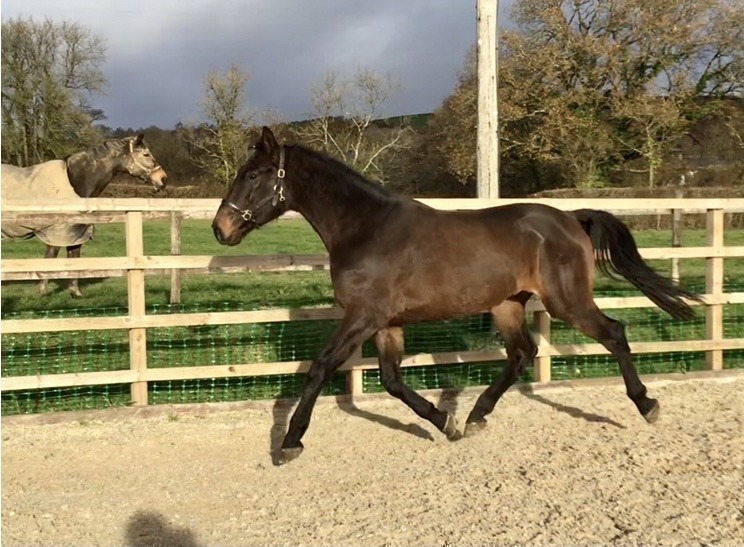 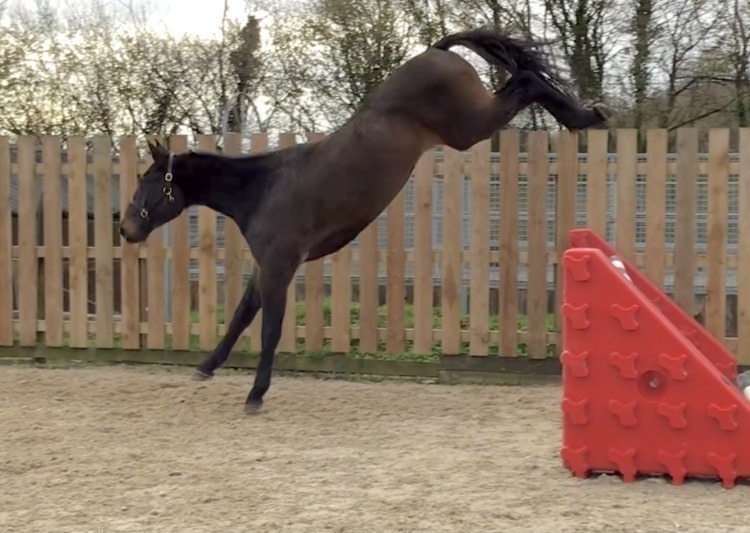 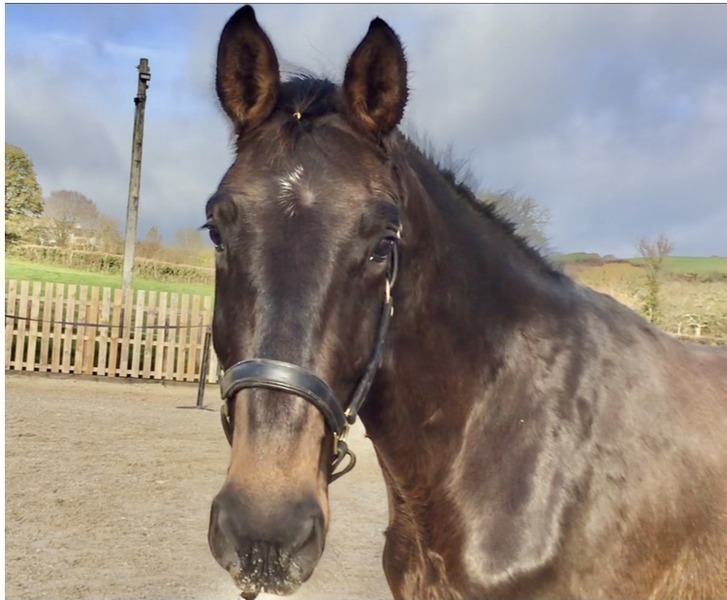 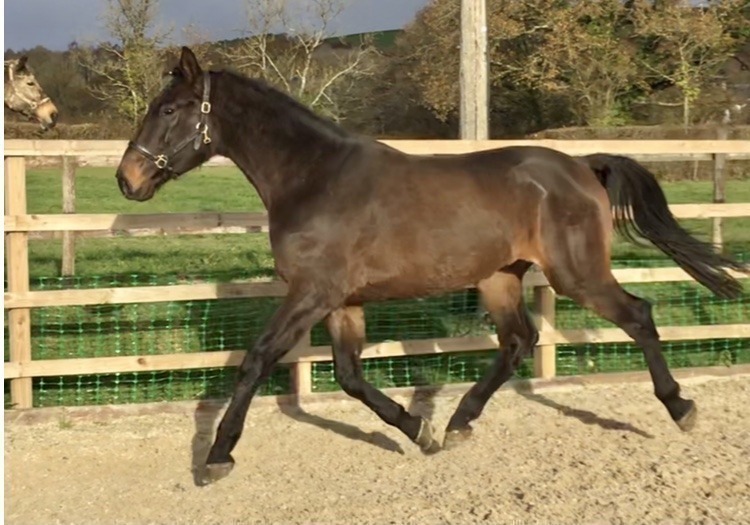 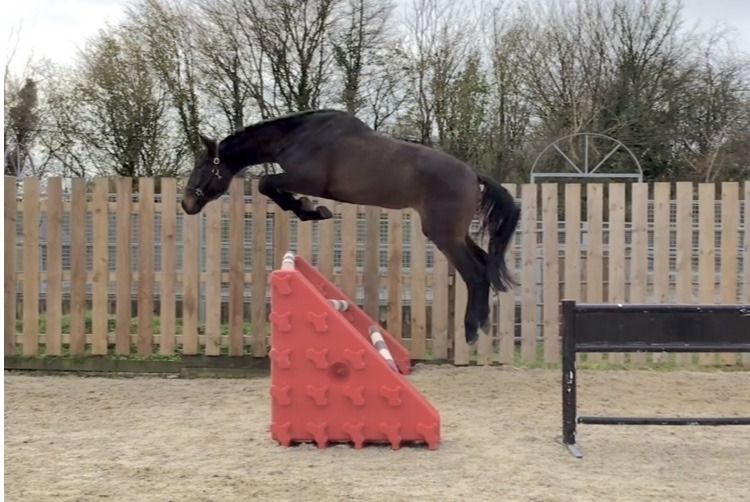 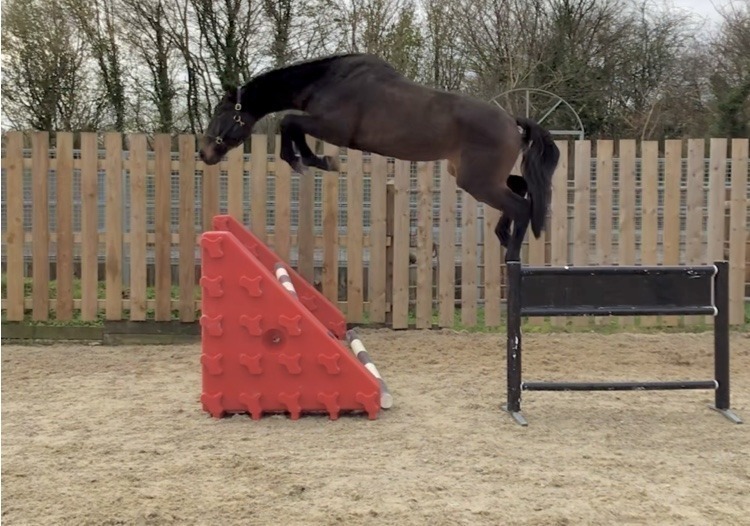 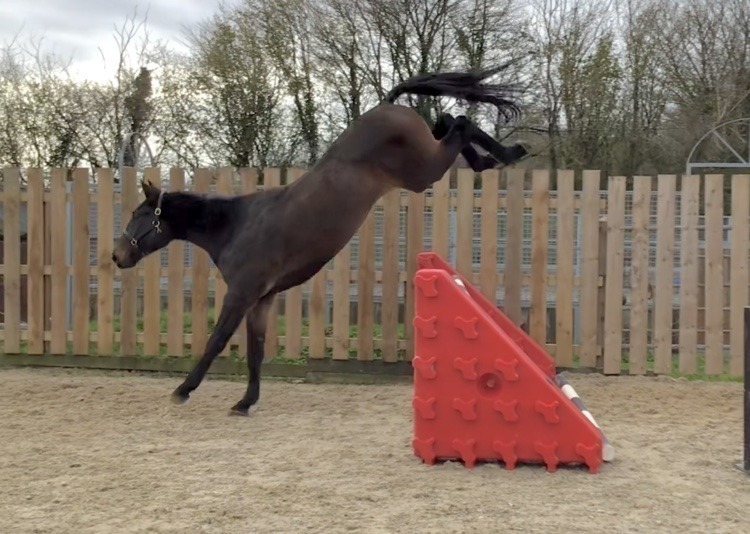 I actually think this is my best find this year!!!!

we sold as a 4yo his dams full brother “geneva r” (Eldorado) who was part of gb winning nations cup team with matt sampson in Spain recently , and looks like a future world class winner, absolutely one of the best of his age group in the uk right now….

this guys dam has been a lifetime brood mare as she is so well related ,another sibling “evita r” (Singapore) also jumped to 145cm level.

he is full of blood and quality in his loose jumping is very exciting, he is green straight from the farm…

his sire Starpower TN means Germany’s best genes are available in the Netherlands! Ridden by Eva Bitter, sire Stakkato was among German’s best horses for years and his offspring perform as good as he did. Just to mention some of Stakkato’s world-famous offspring: Spartacus TN, Souvenir, Satisfaction I Filou de Muze and many other Grand Prix showjumpers. Grandsire Escudo I has also proven to be a valuable sire in Germany and Starpower’s dam Enjoy is no one less than the full sister to El Paso, who jumped at international level with both Markus Beerbaum and Daniel Heuer. Additionally, dam Enjoy already produced Cian O’Connor’s rising star Saphir and the international showjumper Pegasus Athleta. Granddam Wyoming jumped herself at 1.40m level and is the full sister of Grand Prix dressage stallion Frambeau and the aunt of Imke Schellekens-Bartels’ legenday Olympic Sunrise.

Starpower TN became the champion of both the 70-day test in Prüssendorf as the KWPN Performance Test. Starpower was approved by the KWPN with a score of 87 points, including a 9 for re exes, rideability and attitude and talent as a showjumper. Later on, Starpower TN and Hanno Ellerman jumped successfully in all the young horse competitions, and ridden by Zoï Snels, Starpower TN made his international 1.50m debut in 2016. At the World Championships in Lanaken for 7-year-olds, Starpower TN showed his enormous scope and potential for the major Grand Prix level.

Starpower’s oldest offspring catch the eye with their scope and easy way of jumping. Out of his rst crop, Iniesta TN was approved by the KWPN.