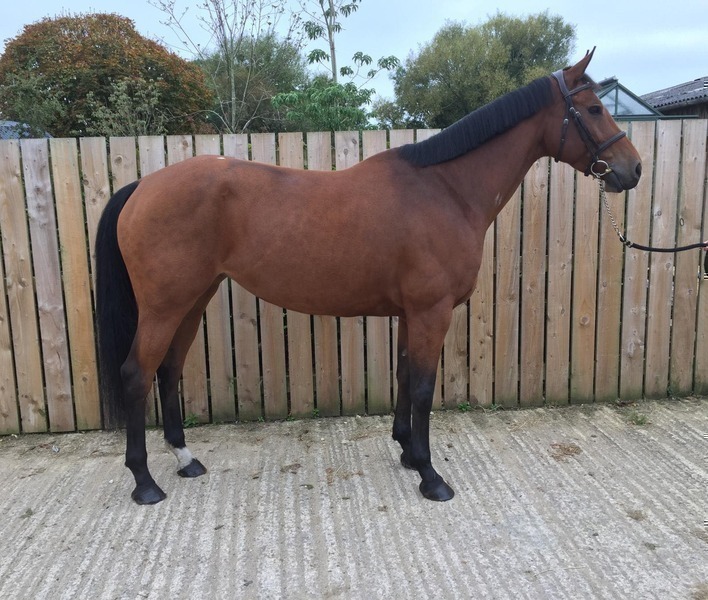 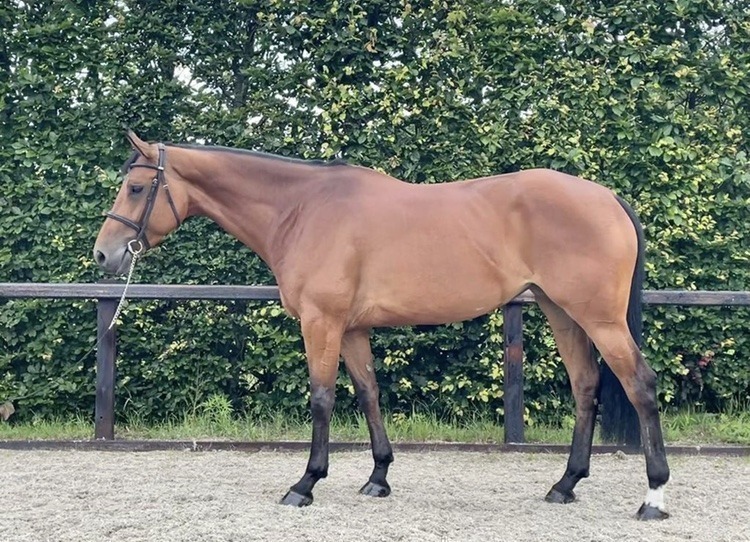 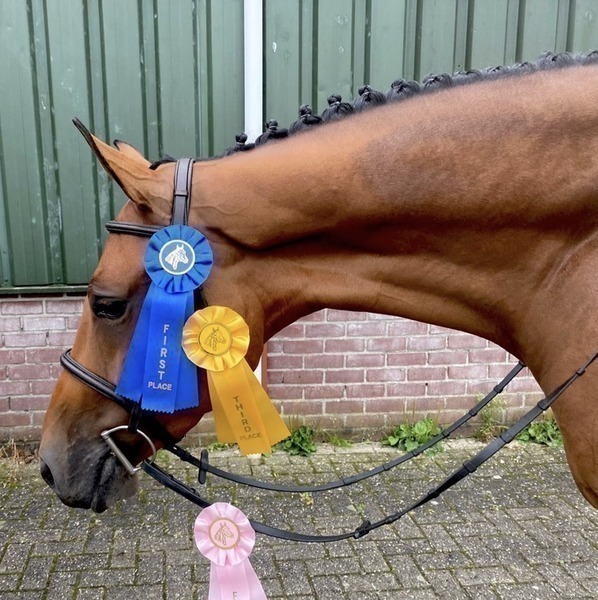 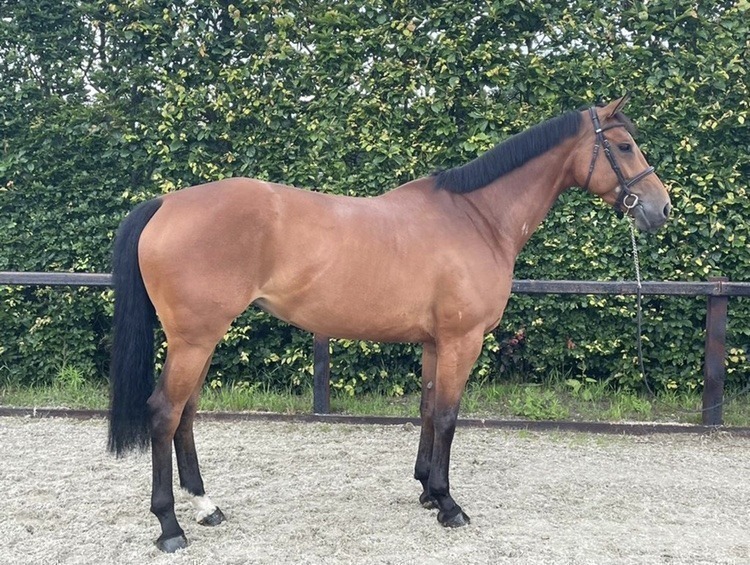 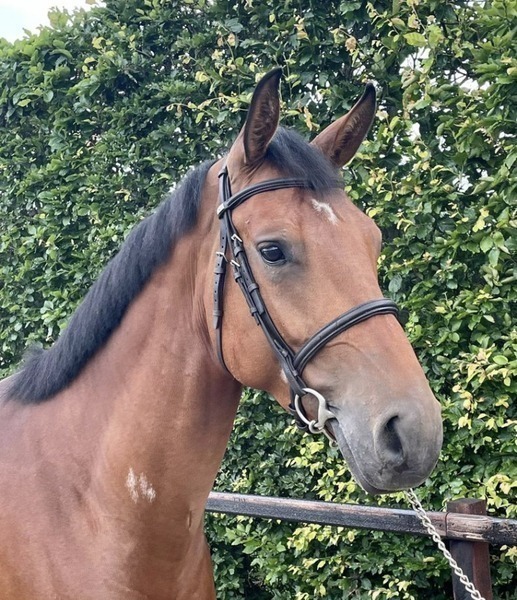 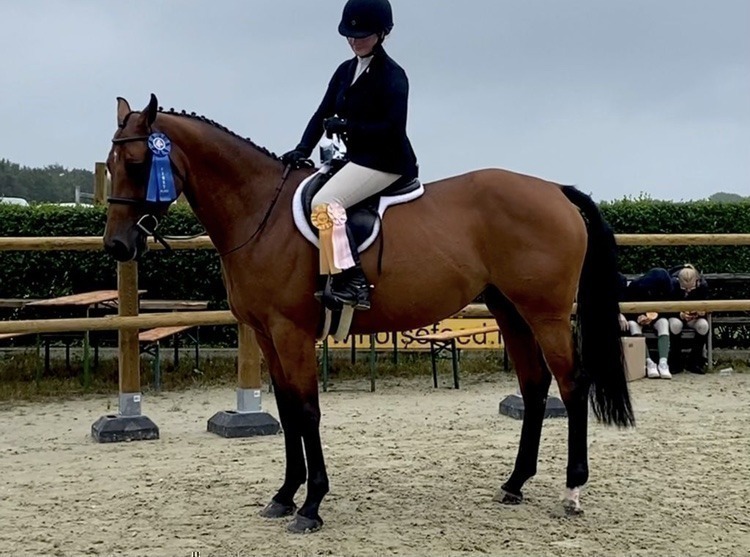 16.1hh 5yo mare with all the quality and rideability for a big future.

her sire Vagabond de la Pomme is an international superstar in his own right who descends from an exceptionally strong pedigree, with multiple grand prix jumpers on both sides. Vagabond is bold and scopey, with an excellent technique. He has a brilliant canter; adjustable and rideable, and very light on the ground, he turns quickly and easily in a jump-off and is fast against the clock.

Performance - His international career so far has been impressive; he is one of the most competitive grand prix jumpers on the circuit. His results include second and eighth in the World Cup Final (Las Vegas 2015, Gothenburg 2016), third in the Paris and Chantilly GCT Grands Prix, first and second in the Antwerp 1.55m GCT (2014 and 2015), eighth in the Stuttgart and Bordeaux World Cup qualifiers, and 7th in the World Cup qualifier in Zurich already in the 2017 season. He has so far won €470,000 in prize money.

Sire - Vigo D'Arsouilles was the 2010 World Champion and led the French team to an unexpected team bronze medal. He won and placed in Nations Cups in La Baule, Gijon, Rome and Lummen, and was second in the 2008 Samsung Super Leage Final. His sire Nabab de Reve and grandsire Quidam de Revel both jumped at grand prix - Nabab de Reve was anchor of the Belgian team for many years, leading them to victory in the Aachen Nations Cup and a European team bronze medal in 2001, while Quidam was member of the French Olympic Team, and fourth individually at the Barcelona Olympic Games with Hervé Godignon.

Damline - Vagabond's dam Sauterelle de la Pomme was a great international winner under Patrice Delaveau and Philippe Le Jeune; her results include eighth in the 2010 Geneva World Cup Final and she is now being ridden by young French rider Manon Baertson, picking up world ranking points with top ten finishes in Auvers and St Lô.

Progeny - Vagabond produces beautiful horses, very flexible, with enormous resources and excellent movement, who have inherited their sire's power and ability. He already has 10 licensed sons, including the Belgian licensing champion Jackson de Regor. His oldest offspring are now jumping at 1.40m level, including Vagrant Z, who in 2016 won and was placed in numerous international young horse classes.

her damline is exceptional too, her dam jumped to 140cm level and subsequently graded elite as a brood mare. She combines the worlds best in Clinton and heartbreaker in her lines.

this mare is super on the flat , has a great brain and a really lovely mentality in her ridden work and She is good with her auto changes .

she has attended a handful of training and farmer shows and done some usa Hunter classes in holland too.