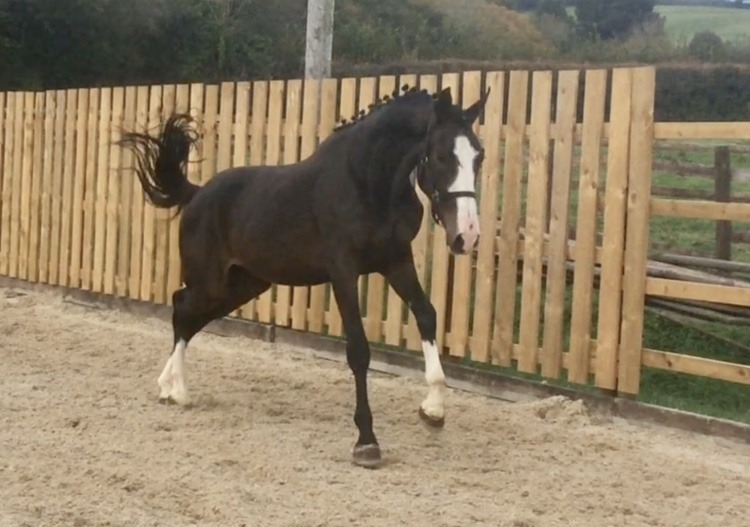 to make 16.2hh a really smart modern blood type full of quality. He jumps with all the scope , really moves and is a true sport horse in the type.

this is not surprising given his ultra modern pedigree ....

he is the son of a young dam who is just 7yo so there is a lot to follow there for the future too...

an exciting prospect of the sort I would struggle to find as a 4yo.