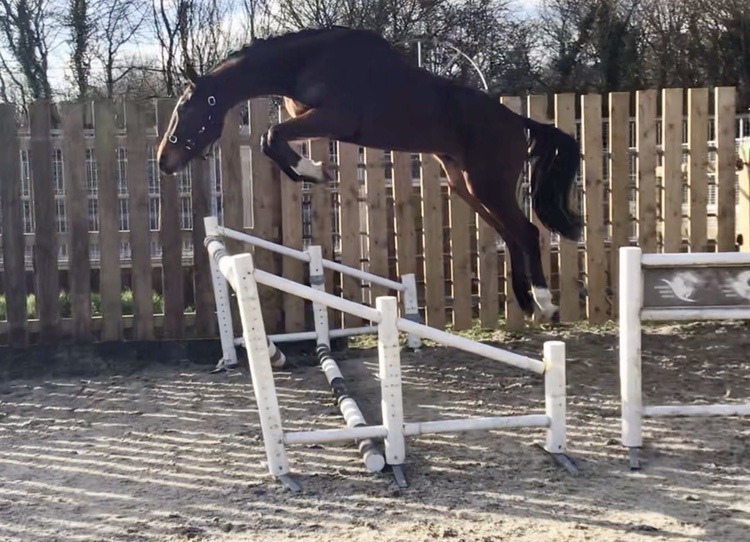 This is an exciting young horse!!!

to make 16.2H approx this 3yo gelding is a true sport prospect .

Andiamo Semilly, placed in 1,60m GP CSI5* he combines the scope, very good canter and great willingness of his famous sire, Diamant de Semilly. With the carefulness, nice style and elegance of his dam-sire Muguet du Manoir and a dam line full of blood from which also come from several stallions and international winners. The bloods of the great thoroughbreds Rantzau and Furioso also bring a lot of qualities to Andiamo's dam line.

Sire - Diamant de Semilly was a Great showjumping winner at CSIO and CSIW level, he was crowned World Champion with the French team and 9th in the individual ranking (WEG Jerez 2002), France Champion 2002, Team silver medal at the 2003 European Championships, Winner of the 1999 French 1st Category jumping criterium. Diamant's offspring speak for themselves with a huge amount competing at Grand Prix some big names are Diarado who is no.6 on the WBFSH rankings of 2019, Don VHP CSIO5*, Emerald Olympic finalist.

Damline - His dam Tati du Palis has four other approved stallion offspring, his dam lines consist of a huge amount of blood from the great thoroughbreds Rantzau and Furioso.