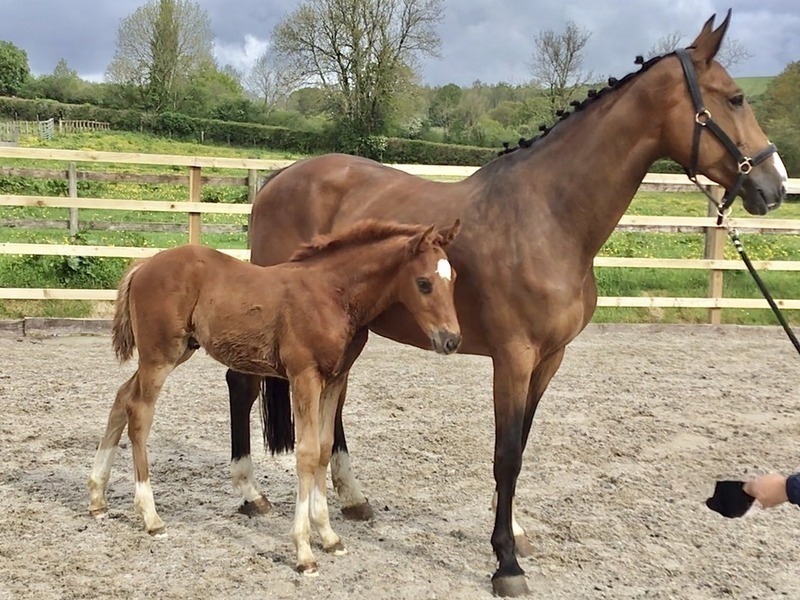 Now this is a brood mare to dream about!!!

16.2hh 11yo German bred and branded mare… she is by the great cassini and from a baloubet du rouet x Darco dam whose family is littered with top horses , it’s easy to see why her vocation in life is breeding…

Estoril du Cedre is born out of one of the best dam lines of France. His grand dam Briseis d’Helby produced four approved stallions and eight grand prix jumping horses, of which 3 have performed at 1.60 m. level. The most famous offspring of Briseis d’Helby is without a doubt the approved grand prix stallion, Quickly de Kreisker. This son of Diamant de Semilly and full brother to Estoril du Cedre’s mother Urganda de Kreisker, jumped at the highest possible level with his rider Abdelkebir Ouaddar, and for a while they were the number one of the world jumping ranking. Quickly de Kreisker won many international grand prix class and world cups at Al Ain, Sharjah, Paris, Rabat, Tetouan, Vejer de la Frontera, LeTouquet, Fontainebleau, Macon Laize, et cetera.

Estoril du Cedre jumps with a lot of power and jumping ability.

she is also now in foal for next year to 160cm jumper stallion “chaplin “ son of the also legendary Verdi.

Chaplin is a fantastic example of Verdi TN’s offspring at the highest level. Ridden by reigning European champion and number two in the world Martin Fuchs, Chaplin is one of world’s most successful showjumpers. The stallion won no less than three CSI5* Global Champions Tour Grand Prix competitions: Mexico City in 2017, Madrid in 2019 and Estoril in 2019. Chaplin was also victorious at prestigious CSI5* shows such as Helsinki, Shanghai, Zurich and Doha.

For a decade, sire Verdi TN was one of the best showjumpers in the Netherlands ridden by Maikel van der Vleuten and took part in no less than eleven major championships, including two Olympic Games. Besides Chaplin, offspring such as New York, Chief, Cuidam, Varoune, Evita SG Z, Catwalk Harry and Fleurette compete at the highest level.

The now 14-year-old Chaplin has never been used for breeding before, but given his fantastic pedigree and brilliant sports career.