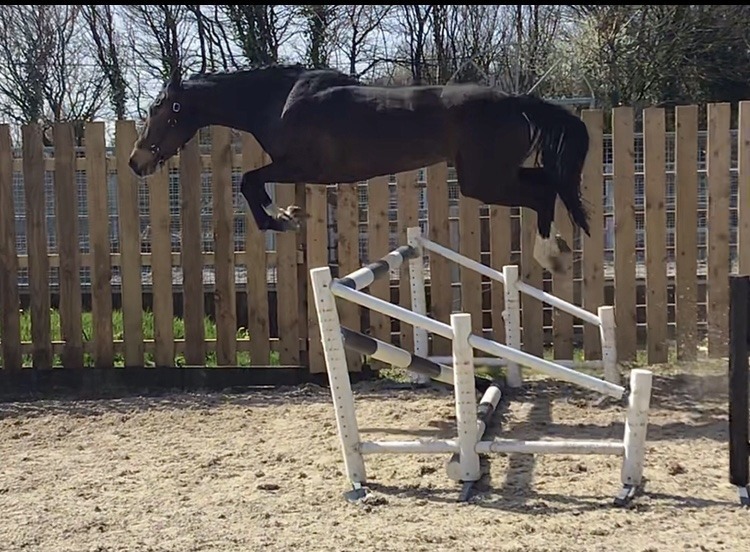 A really great type of young mare this with a pedigree to match !

her sire chapeau jumps to 140cm level and is a product of the great clearway .

His eldest offspring is already following in his footsteps, like the successful Grand Prix showjumpers Breitling LS, Quinto and Quibell 5. This leading Holsteiner damline 1463 is known for its many international sporthorses as well as approved stallions like Baldini I-II (s.Bachus), Carano (s.Capitol I), Lanciano (s.Landgraf I), Goodwill (s.Landgraf I) and Quality Time TN (s.Quantum).

with her dam line combining the legendary kannan and mr blue makes this mare all the more an exciting prospect.