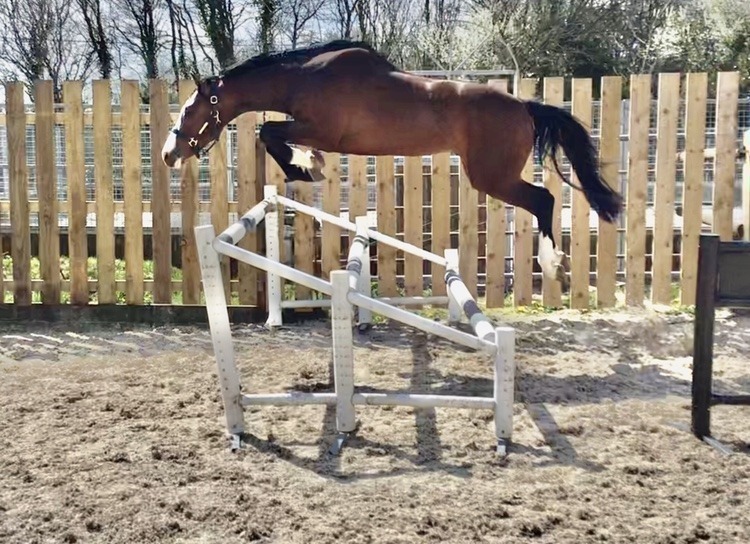 This is a fantastic colt....

a real athlete and a big scopey type with loads of quality to make 16.2hh approx .

With his powerful canter, scope and technique Chapeau is an excellent showjumping talent now jumping at 150cm

this guys dam jumped to 135cm level and his brother “Don juan “ (Zurich) jumps to 135cm with pim mulder of the netherlands.

he is a proper proper jumper!