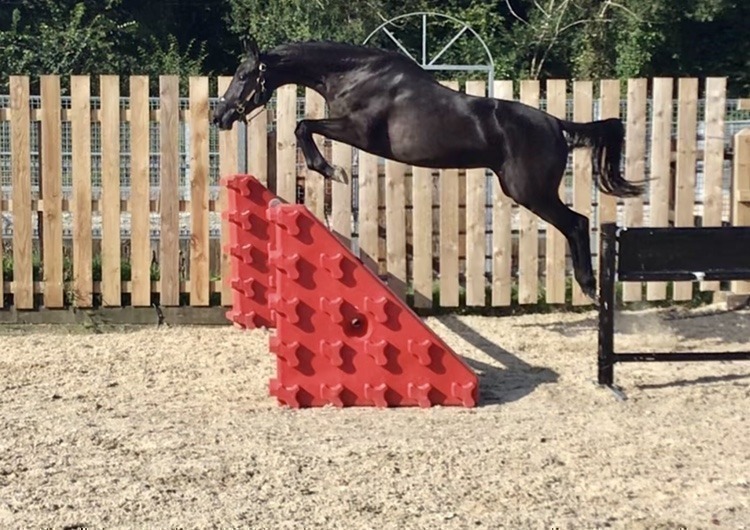 Now if this isn’t a pedigree to make you stop and look what is !!!!

2yo mare straight from the farm with a world class pedigree at her feet.to make 16hh approx..

her sire diamant leads the world !

Diamant de Semilly is ranked for several years best Selle Francais Sire and he is already 5th in the World Sires Ranking (2013 WBFSH Jumping Sire Ranking)! He combines the power and great ease of his sire, Le Tot De Semilly with the blood of his excellent damline (same as Almé). Diamant has excellent fertility. OCD free.

Diamant has already produced more than 1000 jumping winners indexed in France and numerous others in foreign countries. Due to the percentage of his offspring indexed in showjumping and the good level of those indexes, Diamant is the SF stallion who improves the most the quality of his offspring! He has also already produced more than 60 stallions approved in SF studbook and many others in some other studbooks and some among the best, like the 2011 Oldenbourg Champion of the stallions (cf. Diamant x Phin Phin) and Diarado, the 2007 Holsteiner Champion of the stallions.

top this with the damline combining cornet oblensky and quidam de revel I think this is horse breeding perfection!!!!

she is a super mover, beautiful type and a real jumper in her first efforts. Like finding gold….