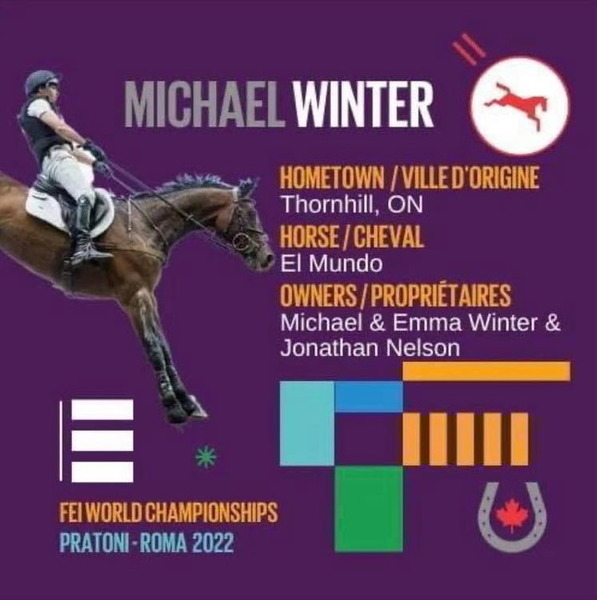 Well its official, Mike & El Mundo have been selected to represent Canada at the upcoming World Championships in Italy next month !!! This is Mike's 4th appearance on a Championships Team , having previously competed at 2 Olympic Games & 2 Pan American Games but his first time on a World Championship Team.

Huge Congratulations to the other team members & everyone who has helped to make this possible.