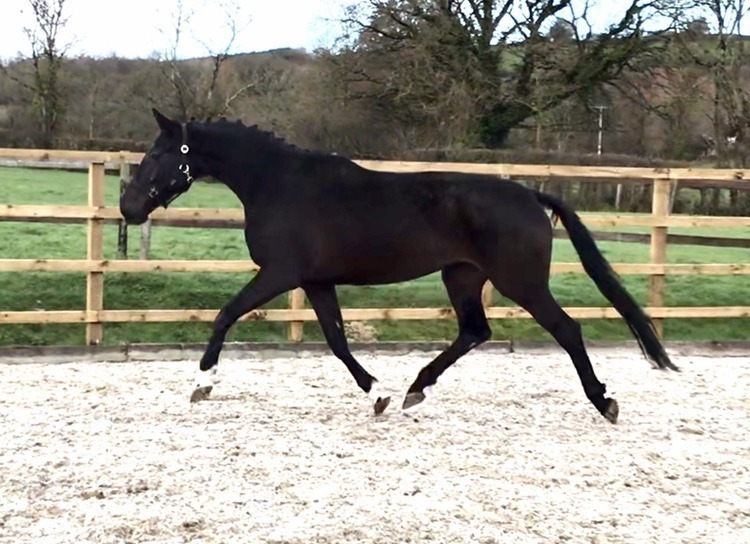 16.2H 4yo mare , straight off the farm where she has recently bred a foal.

she is a super type with all the quality for a future in sport , she is a real mover and a jumper too.

ready to break and produce.

Floris develops in one of The Netherland’s most talented young showjumpers. With his huge scope and extreme carefulness, Floris proves to be competitive again and again and jumps clear round after clear round. Some common characteristics for horses from the famous Sina-damline, from which Floris was bred.

Ridden by Jeroen Dubbeldam, sire Quality Time was among the best horses in The Netherlands. Quality Time, bred by famous breeder Floris van Leuken, became Dutch champion in 2011 and one year later he won the Grand Prix of San Patrignano. Floris’ grandsire Vancouver brings in the genes of Le Tôt de Semilly and jumped Nations Cups himself with Wim Schröder. The direct damline of Floris is an unique one; dam Arsinaa is none other than the half-sister of Mac Kinley, the famous Olympic showjumper who won team silver with Rolf-Göran Bengtsson and achieved an individual fourth place at the Olympic Games in Athens in 2004. The approved stallion Baedeker (Heartbreaker x Concorde), who jumps at international level with Daniel Augusto Da Rios, and the approved international showjumping stallion Rocco (Fuego du Prelet x Purioso), ridden by Ahmed Tolba, are also closely related to Floris.