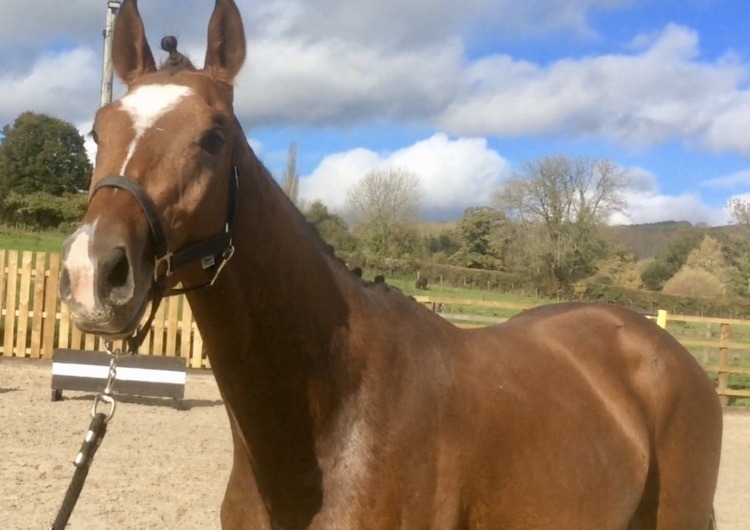 This is a very exciting young horse for me ....

this guy is a really super modern type , a real stallion and sport prospect from a top dam line . This is one I consider a real find for the future .

this is of course helped by the fact he is by my favourite sire, Grandorado !

All eyes are on Grandorado TN, being one of the greatest talents of the G-year of the KWPN. In the KWPN Performance Test the son of Eldorado van de Zeshoek earned 85.5 points and he was already described as a phenomenon. Top-level rider Willem Greve discovered many world-class horses in his career and bought a share of Grandorado too. “He is a true natural. He is a rough diamond with all the potential, in my opinion”, Willem Greve states about Grandorado.

Grandorado was not only the champion of the KWPN Performance Test, but also won the 4-year-olds competition at Jumping Schröder Tubbergen. Later on, Grandorado won all three KWPN Stallion Competitions in Ermelo, Roosendaal and Zuidbroek.

grandorado is now stepping up to his first grand prixs with all the class of a world class horse.

this colts dam is “elite “ graded and is a real quality sort herself , such an accolade is not given lightly.

this lads siblings include :

”cachacco “ (Chacco blue) junped to 140cm level in uk with Charlie Jones and then in the USA with irishman lorcan gallagher.

horses like this guy are very hard to find ....