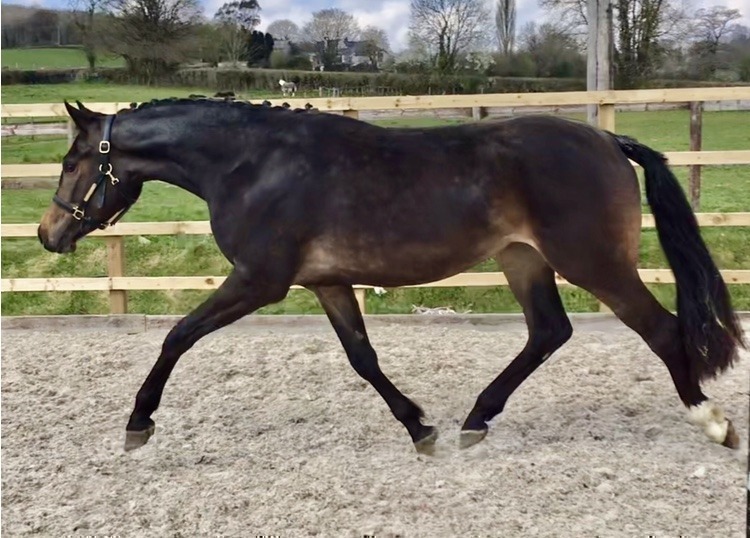 16.2hh 3yo mare with all the ability for the big sport one day.

Grand Slam is the all-time top scorer of the KWPN Stallion Test. Brought to this height with a sire lineage of only foundation performance stallions. Sire Cardento won silver medals at the WEG, the European Championship and the Olympic Games plus has many offspring competing at the top: Zacramento, Cue Channa and Cafino as examples. Grandsire, Heartbreaker, is recognized as one of world’s best sires. The third sire in Grand Slam’s pedigree is the legendary Mr. Blue, who jumped at Grand Prix level and produced top horses like Simon and Zirocco Blue. Numbers 4 and 5 in this pedigree are ‘Stallion of the Century’ Nimmerdor and top thoroughbred Erdball xx. They provide the base for top performers and producers like Apollo, Just Malone, Goldenbridge, Heartbreaker, Ahorn, etc.

Grand Slam is a complete stallion with an amazing mentality. He stands out with his technique, reflexes and scope. Grand Slam achieved the all-time top score of 90 points in the KWPN Stallion Test and became convincingly the Champion. For technique and reflexes he earned a 9.5; for scope, rideability, attitude and talent as a jumper he received 9’s; for canter and balance he received an 8.

He continues to prove those points were well deserved as he continues his competition career. Grand Slam already won as a 7 year old the CSI1* Grand Prix in Zwolle and last year he continued with his international succes at 1.50m already.

this mare comes from one of the most famous dam lines in holland the “fortuna “ line ...

her own dam is graded “elite “ for her quality and that’s easy to see why in the quality of her progeny such as this mare.