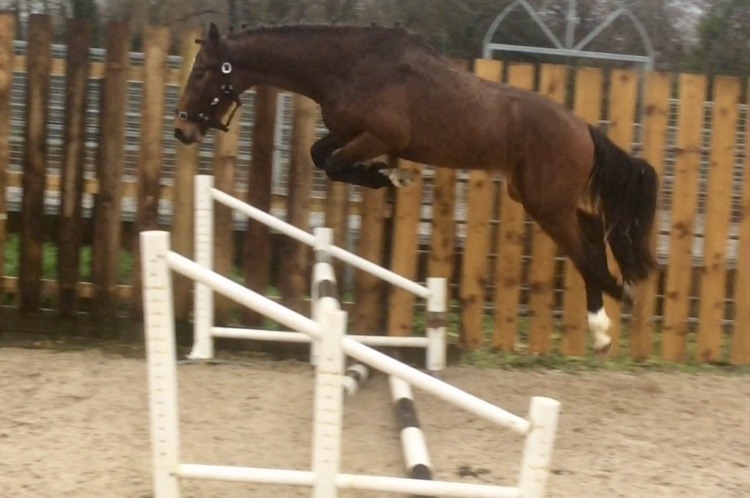 his sire Harley vdl had exemplary show results with Jessica Kuerten. At the KWPN stallion licensing in 's-Hertogenbosch he won the VHO Trophy, and at the same show he won the 1.35m Stallion Championship. He has also won international classes at La Coruna, Aalst and Gelderland. He was second in the Sainte Cecile Grand Prix and took third place in the Neurenberg Grand Prix.

his sire Heartbreaker is a foundation sire and one of the greatest sons of Nimmerdor. He was elected as 2015 KWPN Horse of the Year, even against the likes of Valegro and Zenith. He has been phenomenally successful as both a sire and damsire; some of the most famous of his 100 licensed sons are Quasimodo vd Molendreef (sire of Hello Sanctos), Toulon, and Action-Breaker, and he is the damsire of Cornet Obolensky, Consul DL Vie Z, and Utrillo van de Heffinck, to name but a few.

His dam “veraya “ jumped to 135cm level and has some noteworthy siblings;

”veritas” (Voltaire) is a licensed stallion and jumps to 150cm level.

his own brother “lowlands “ (etoulon) is also a licensed stallion.

he is a super mover , full of blood and quality and will have a big future eventing or showjumping.