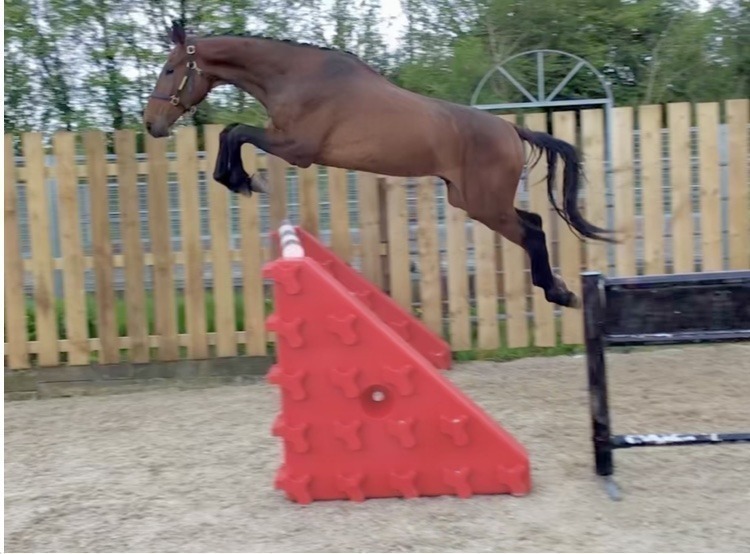 Hernandez TN combines the valuable genes of Kannan with those of foundation sire Numero Uno, the sire of Hernandez’ dam. Numero Uno sired many top showjumpers, such as Winchester HS, Sterrehof’s Tamino, Tobalio, Tyson and Van Gogh. Hernandez TN’s dam Bea-Leva performed herself at 1.35m level and was bred from the well-known Leva-damline. From this same damline many excellent showjumpers come from, such as Oliver Q (Harrie Smolders), Alex (Piergiorgio Bucci) and Extreme (Leslie Burr-Howard). Granddam Leva II also jumped at 1.35m level and is the half-sister of Navantus, which ridden by Jilian Terceira participated at the Pan American Games in 2007. Hernandez TN combines the enormous scope and the wonderful attitude of sire Kannan with the extreme reflexes, beautiful technique and extreme carefulness of grandsire Numero Uno

we have previously had two of this guys siblings who has been super minded young horses who have gone onto a sport career with big futures.

he is a real jumper and has all the quality to emulate them.