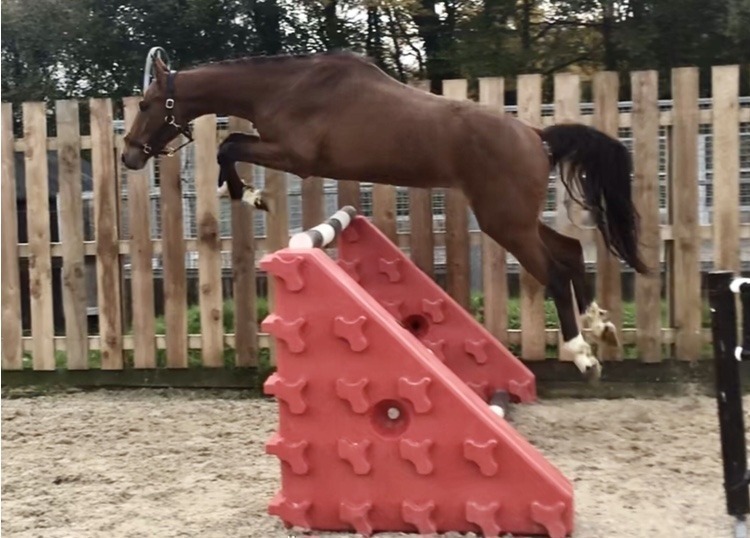 This is a serious horse!!!

For years, Kannan is among world’s best showjumping sires and last year finally his first son got approved by the KWPN: Hernandez TN. Ridden by Michél Hecart, Kannan impressed at the very highest level; he won several Grand Prix competitions, was a loyal member of the French team and he participated at the European Championships in San Patrignano 2005. Kannan’s offspring might be even better, just to mention some: Olympic champion Nino des Buissonets, World Cup Final winner Albführen’s Paille (both Steve Guerdat), Bertram Allen’s world-class Molly Malone V, multiple five star Grand Prix winner Quorida de Treho (Romain Duguet) and Ben Maher’s number one horse Diva II. Hernandez TN combines the valuable genes of Kannan with those of foundation sire Numero Uno, the sire of Hernandez’ dam. Numero Uno sired many top showjumpers, such as Winchester HS, Sterrehof’s Tamino, Tobalio, Tyson and Van Gogh. Hernandez TN’s dam Bea-Leva performed herself at 1.35m level and was bred from the well-known Leva-damline. From this same damline many excellent showjumpers come from, such as Oliver Q (Harrie Smolders), Alex (Piergiorgio Bucci) and Extreme (Leslie Burr-Howard). Granddam Leva II also jumped at 1.35m level and is the half-sister of Navantus, which ridden by Jilian Terceira participated at the Pan American Games in 2007. Hernandez TN combines the enormous scope and the wonderful attitude of sire Kannan with the extreme reflexes, beautiful technique and extreme carefulness of grandsire Numero Uno.

this is from a top family…

his dams siblings include:

his own siblings include;

”ibis tn”(Eldorado ) jumps to 145cm as a 8yo with agatha martin of france.

this is a very exciting horse of the quality impossible to find, don’t miss him !