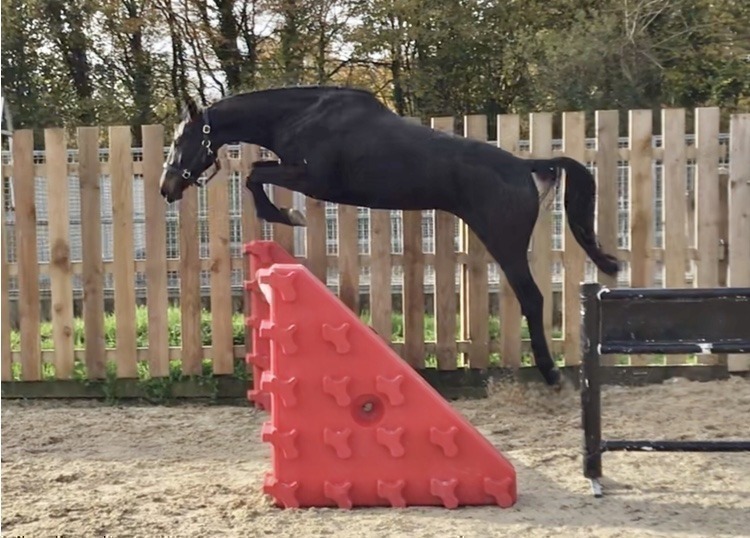 its not an easy task to find them like this !!!

highway is now jumping grand prixs and The extreme breeding power of Eldorado van de Zeshoek is once again reflected in the very talented Highway M TN. This promising stallion stood out in the KWPN performance test because of his strong canter, powerful impulsion, enormous scope and fast reflexes. It's very clear why this stallion earned 8's and 8,5's for the jumping events. Sire Eldorado van de Zeshoek combines the genes of the top stallions Clinton and Toulon and jumps at the very highest level himself under Willem Greve. Previously, his sons Grandorado TN and Grodino were already registered with the KWPN with promising marks.

Sire -  Eldorado is jumping at top level, having already made several Nations Cup appearances for the Dutch team. He won the Roosendaal and Arnhem grands prix, was second in the 1.50m class at St. Lo, and sixth in the Hickstead Bunn Leisure Trophy and in the Pezinok World Cup qualifier. In 2011 he was second in the VION Cup in Ermelo.

this mares mother is “elite” graded and she has produced some very exciting progeny, this mares siblings include :

she is straight from the farm and a very modern sport prospect for the future .