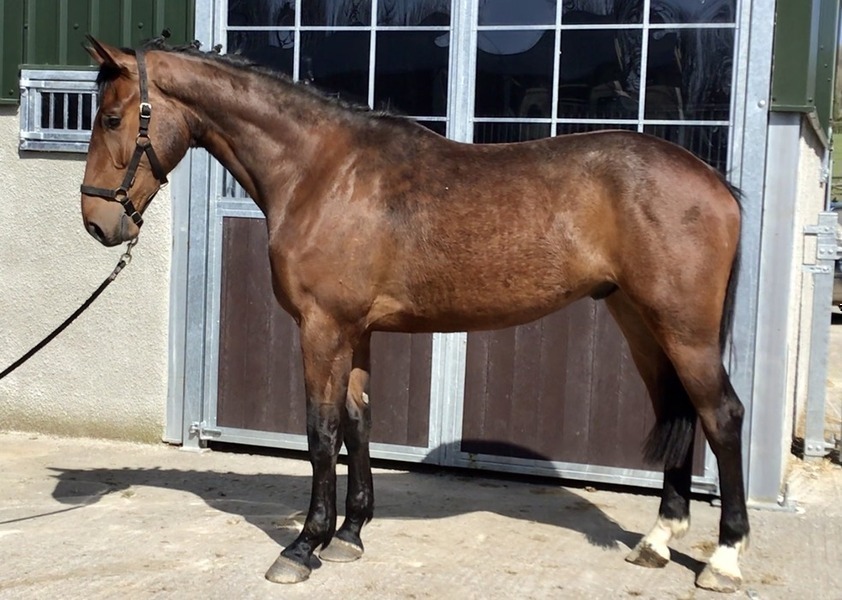 Now this is a young horse to be proud to have in your stable..

to make 16.2Hh approx a true sport prospect with an enviable pedigree!

- I'm Special de Muze is named in recognition of his special and unique pedigree. He descends not only from top stallions, but also internationally proven mares, making him a top-quality breeding and sport prospect. He is a powerful, bold stallion with a strong topline, a large frame and good conformation.

this guys damline is second to none!

his dam is the full sister of “starpower “ 160cm jumper with stalwart of the Canadian team Ian millar.

this guys own siblings also include :

”jumping star b” (I’m special de muse )so his full brother , jumps now as a 7yo at 135cm level and looks set to go all the way with elad yaniv of israel.

this guy is a real find!