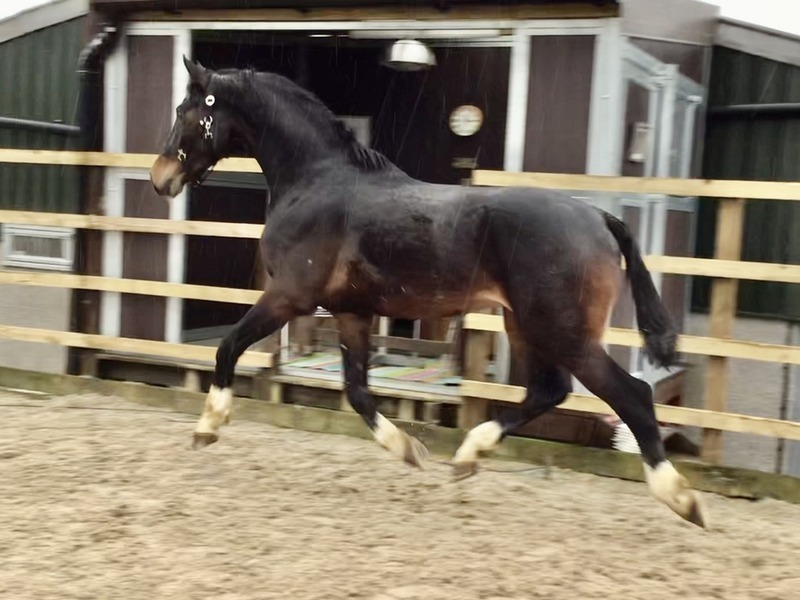 This is a very exciting dressage or event prospect , full of blood and quality.

Indian Rock is an generously developed stallion, his appearance and physical model are very beautiful. Indian Rock is very kind and he has a lovely character! Indian Rock is very trustworthy and he is always fair. Thereby, he has the right attitude, always wanting to work, learn and show what he has got. Indian Rock became the convincing champion of the KWPN Stallion Show. He also won the Stallion Competition in Ermelo and Den Bosch. In august 2018, he and his rider Emmelie Scholtens, competed at the World Championships for young dressage horses. They became the best Dutch combination, with a score of 8.75 points, this with a 9.5 for his amazing canter. This score led them to the fifth place of this first round of the World Championships. In the final they reached the ninth place with a total score of 8.74 points. They also participated at the PAVO CUP in Ermelo, with a total score of 90.3 points, they became second in the semifinals!

his dam competed to elementary level dressage and was “keur” graded for her quality.

he is a fabulous mover and has a great temperament. In his first loose jumps is a real natural.