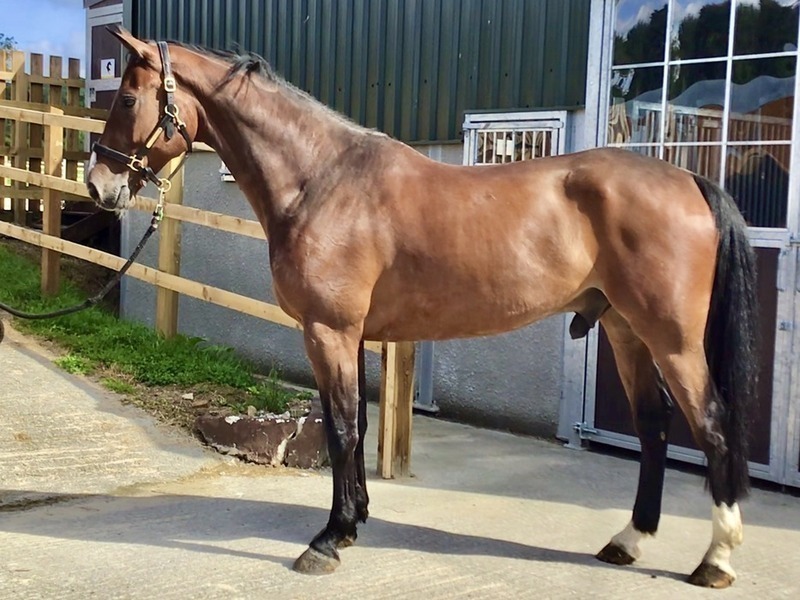 16.2hh 6yo gelding. He’s jumped in a few farmer shows as a 5yo and earlier this season as a 6yo. He’s ready to develop on and we consider him to have a big future .

he rides well on the flat and has a big, scopey , careful jump.

his sire Latour seems to have everything to make a difference in both sport and breeding in the near future. First of all, Latour was honored as Champion of the BWP Stallion Show, thanks to his great con rmation and powerful way of jumping. The power and scope he inherited from his sire Darco, who became seventh with Ludo Philippaerts at the Olympic Games in Barcelona in 1992 and later on became a true top sire, ranked on top of the WBFSH Sire Ranking for years. Dam Everlychin de la Pomme brings in the genes of Cumano through her sire Malito de Rêves and Everlychin herself jumped at Grand Prix level with Shane Sweetnam at an early age. Additionally, Everlychin already produced another BWP champion: Kasanova de la Pomme. Granddam Werly Chin de Muze jumped herself at 1.50m level with Angelie von Essen and is a daughter of the legendary mare Qerly Chin. The origins of the talented stallion I’m Special Muze also go back to Querly Chin.

to top this his siblings include:

contant q” (contendro ) jumps to 145cm with Arnold assarsson of sweden and is a licensed stallion with swe.

this is a real find and the sort that rarely comes to the market ..