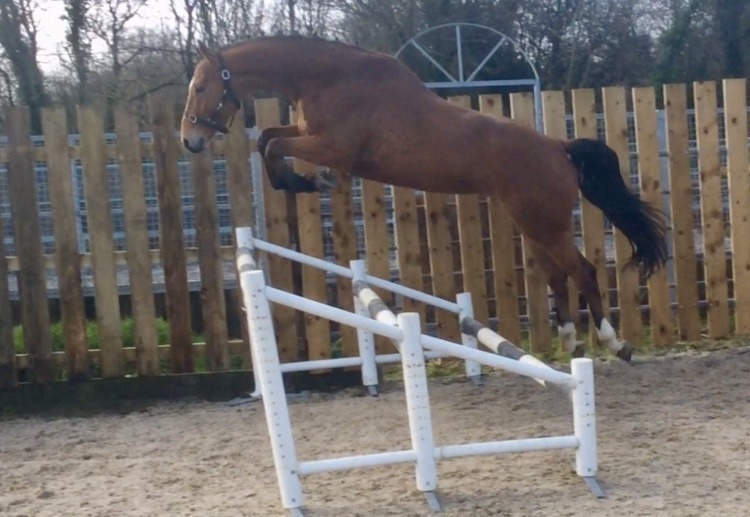 ﻿This is a fabulous horse for the future....

his damline is top class, combining the blood of heartbreaker through Orlando and the top stallion legaat who is responsible for so many good horses.

he is a top class jumper loose and one I’d be more than happy to keep myself , but like everything, he is for sale .