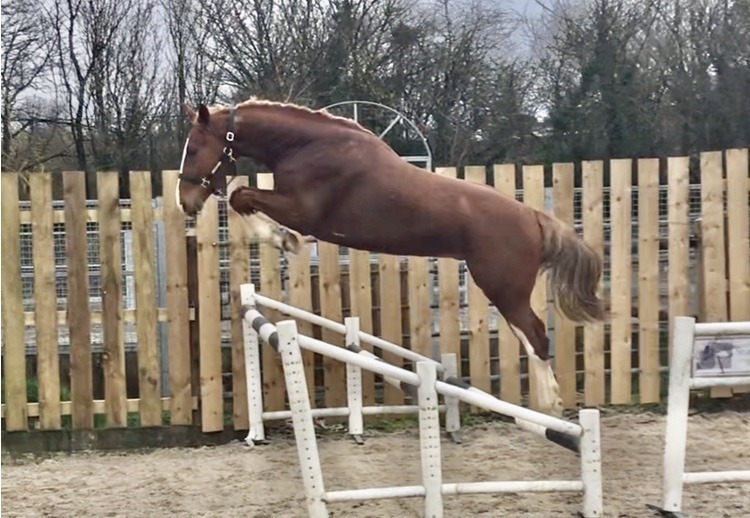 16.1hh 3yo stallion with all the flash and all the bling!

he is a super mover and a jumper with real quality. Sort impossible to find as a 4yo.