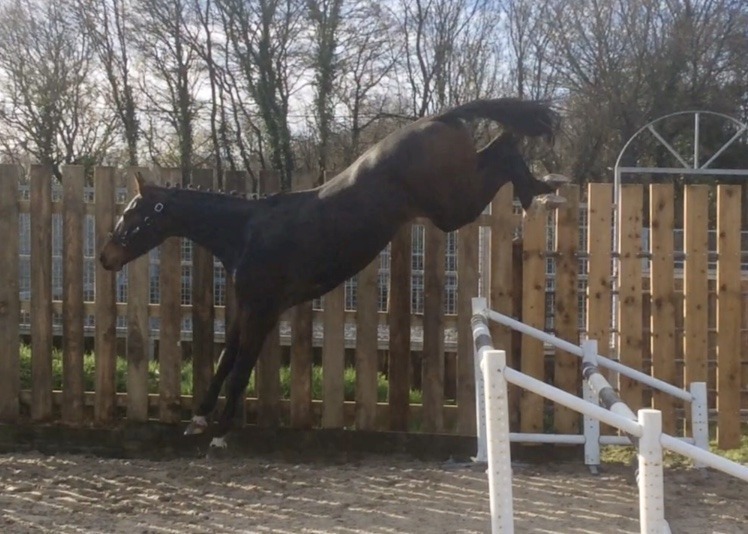 Pilothago stood out with his talent as a showjumper during the 70-days-test in Neustadt-Dosse, earning an 8.75 for jumping under the saddle. For his character he received several 8s. Pilothago catches the eye with his enormous power and carefulness and looks to be a great talent for the future. His first offspring was born in 2014 and they seem to have great types, a good canter and elasticity.

he has a fabulous dam line too, this guys own siblings include :

“cannon reuvekamps “ (cornet oblensky) is a licensed stallion in the check republic.

this guy is a true sport horse and shows all the quality to emulate his siblings .