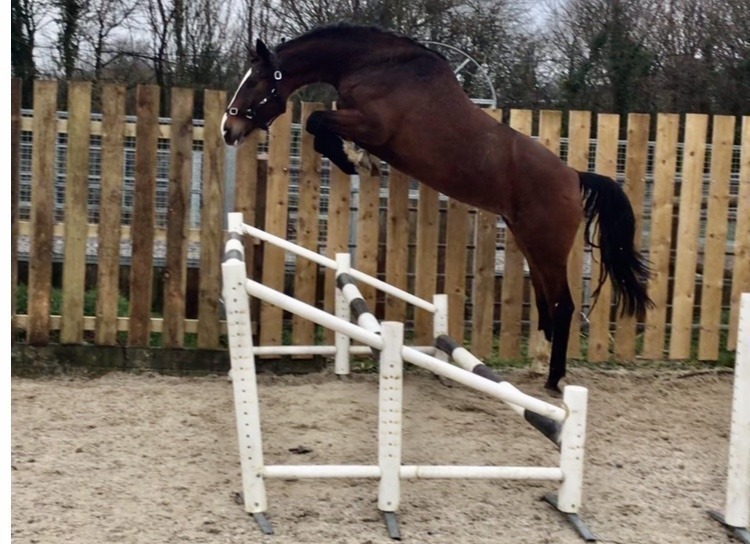 16.1hh approx rising 4yo mare. This is one with a very big future ahead we are sure !

Pilothago stood out with his talent as a showjumper during the 70-days-test in Neustadt-Dosse, earning an 8.75 for jumping under the saddle. For his character he received several 8s. Pilothago catches the eye with his enormous power and carefulness and looks to be a great talent for the future. His first offspring was born in 2014 and they seem to have great types, a good canter and elasticity

she has an excellent dam line , her dam is sister to:

she is a super sort,a real mover and a top class jumper , I am sure she will go on to Emulate her relations .