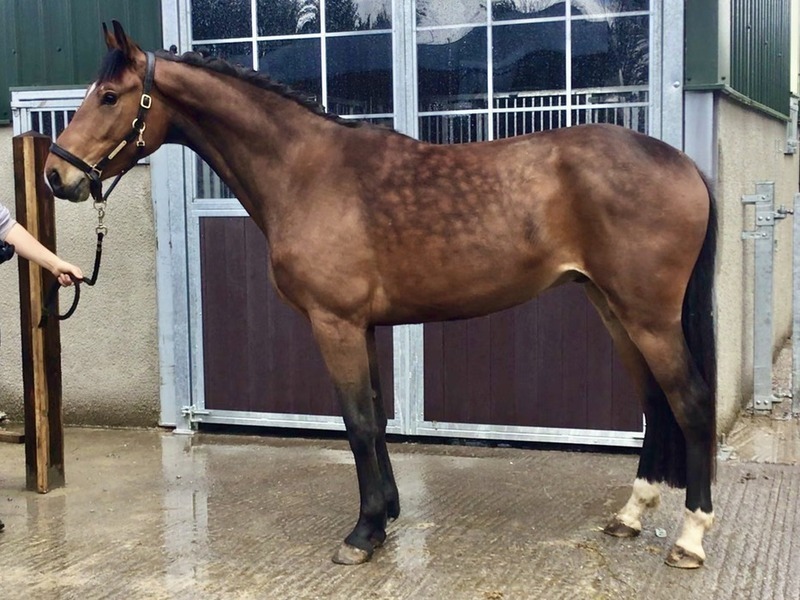 A real dressage or event prospect…..

his sire Spielberg is a dressage stallion to dream of. His conformation is almost ideal and he is a true ‘Strahlemann’. Thanks to his great movements, he obtained as only one of the few Westphalian stallions the title ‘Prämie’ stallion. Besides a great size, Spielberg adds a fantastic mind to today’s breeding of dressage horses. Thereby Spielberg has a lot of rhythm and balance in his movements. Spielberg was succesful in Grand Prix level dressage under the Dutch rider Joyce Lenaerts.

his Sire Sunny Boy is an acclaimed son of Sandro Hit out of the Donnerhall-daughter Fantastica – the full sister of the legendary Don Schufro and Don Primero.  Sunny Boy won his 30 day test with a score of 8.9 in Vechta. He confidently qualified for the 2003 National Young Horse Championships and went on to win the small final for six year old dressage horses. Spielberg’s grandsire Rosier brings in the precious genes of Rubinstein I, who was bred out of the famous damline of Olympic champions Ahlerich, Rembrandt and Amon.

Through dam Rosiera, Spielberg goes back to Rondula, who is also the granddam of the Grand Prix dressage horse Last Minute, ridden by Ilka-Kerstin Geiss.

his Damline shows his true qualities for both dressage and eventing through gribaldi and fair play, sire of tangelo van de zuuthoeuve father narcos….

he is a real mover with blood and quality and jumps well in his first efforts .