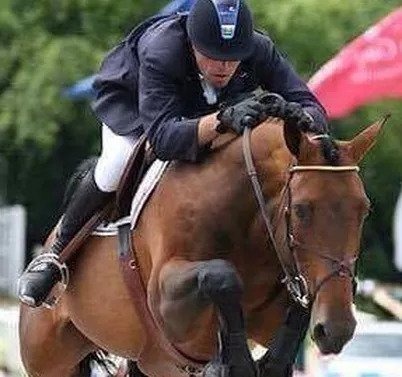 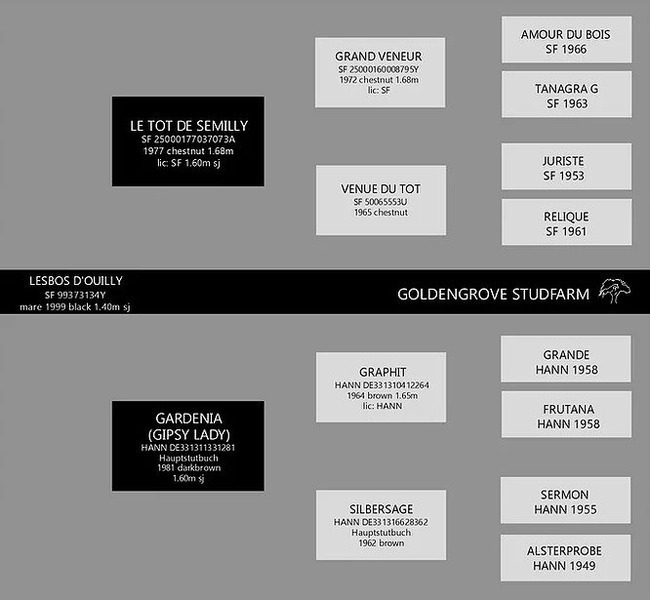 Before arriving in New Zealand to join Goldengrove, Lesbo D'Ouilly was based at Haras D'Ouilly in France. She has been ridden by Aymeric de Ponnat, Michel Robert (and his wife) and Valentine Pozzo Di Borgo. After competing successfully she was selected to become a broodmare, based on the utilization of the line 'Gardenia'.

Her brother and sister have achieved huge success. Speaking of Le Tot De Semilly: “With hindsight he was far too young for a horse like that. Le Tot was a powerful horse, but they grew together. From their first season together, the whole world wanted to buy the stallion, the Federation, the Americans. He had a superb foreleg technique. He had steadily grown into his work, without interruption” (from Pascal Renauldon’s article in Z magazine). Together the pair made their names in the sport. They won 22 international and 63 national Grand Prix between 1988 and 1991, and almost €200,000 in prizemoney. He was the first French horse to be sponsored by the French Federation. At the age of seven, he was a member of the gold medal winning French team at the European Young Rider Championships, and placed fourth in the individual standings. The next year, he was second at the Nations Cup in Hickstead, and as a nine year old, was second in the Wiesbaden CSI Grand Prix, won the Bois le Roi Grand Prix and finished third in the Gijon Grand Prix and Nations Cup. When he retired in 1991, he had won 183,000 euros.

LE TOT DE SEMILLY was a legend of his time. 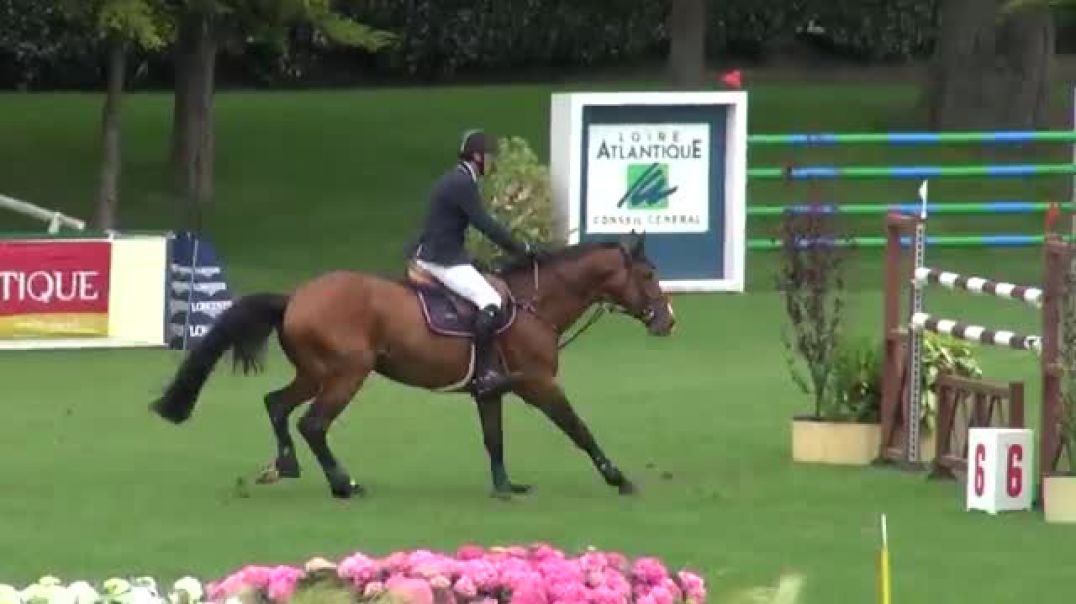 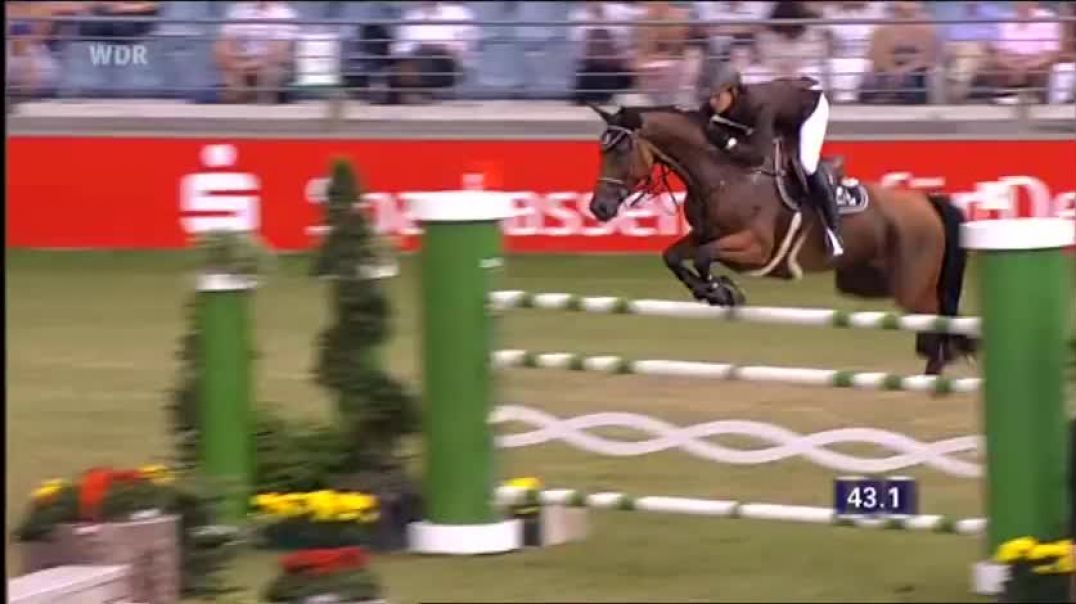