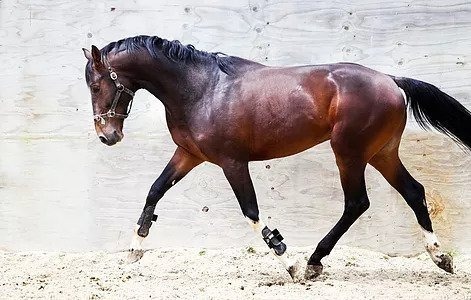 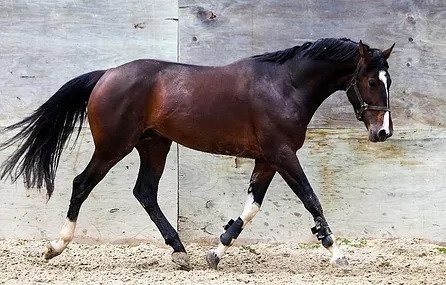 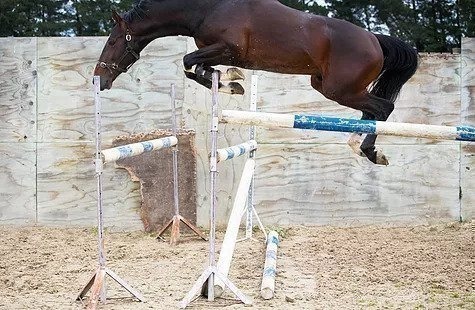 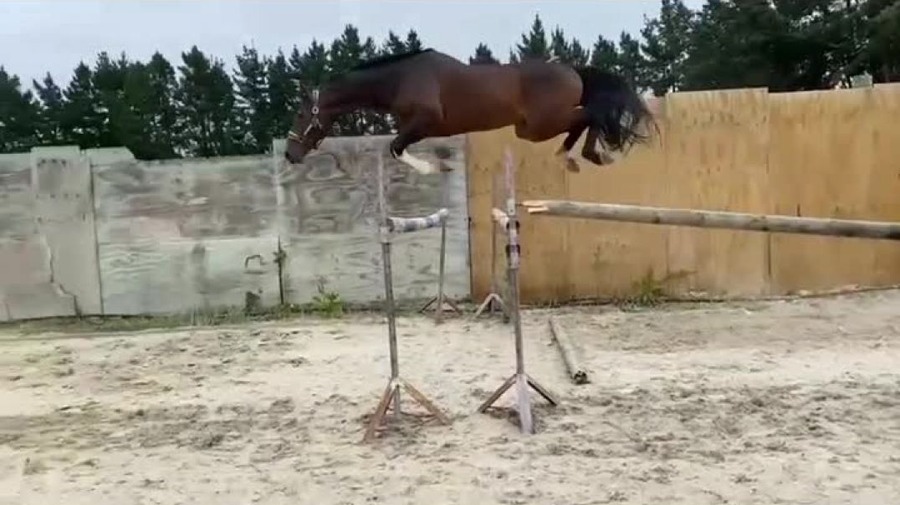 Quineus GNZ is an eye-catching stallion that exhibits scope, beautiful form, technique and confidence over fences. He is quite a unique young stallion, with an immense jumping prospect, rideability and focus.

He is a well developed stallion with leggy good looks and correct conformation. Suitable for breeding a modern jumping athlete. Bloodlines like these outlast fashion and trends. QUANTUM - Sire Of Quineus GNZ: Quantum's sire, Quidam de Revel finished 4th individually in the Olympics in Barcelona and bred the stallion/grand prix winners Nabab de Reve, Dollar de la Pierre, Guidam, Verdi and Quantum. Quantum, a pre-potent son of Quidam de Revel and was also the Reserve Champion at his approvals in 1996. From his first breeding year there were two sons at the approvals, showing their outstanding freejumping. Quantum produced two individual world champion horses at Lanarken. Quintero; who became approved and now belongs to the most promising younger generation stallions from the Holsteiner Verband. With his rider, Lars Bak Anderson, he qualified for the 5 and 6 Year Olds at the Bundeschampionart and was sucessful at the World Championships for young horses in Zangerzeide. Since 2005 he will be prepared for the international assignment with Rol Goran Bengtsson. Also son Quin Chin who was sold for 1,200,000 euro at Paul Schockemohle's auction was third in the Five Year Old class and the following year he became World champion. Quantum’s dam is by top sire and sire of sires ‘Cor de la Bryere’ who bred the Grand Prix jumping stallions ‘Calletto I’, ‘Corrado’, ‘Corland’ and ‘Cordalme Z’ .

Quantum is also the sire of Quintero Ask, his first approved son and one of the most talented jumpers of the Holsteiner Verband. The athletic stallion stands out due to the carefulness, power and overall quality of his jump. Scoring 144 index points,he was the best jumper in his stallion performance test group. Quantum is also the sire of Quality Time TN, a talented young up and coming stallion owned by Team Nijhof. Quantum is the sire of in excess of 60+ Approved 1.40-1.60m Show Jumpers INTERNATIONALLY. From his first crop of foals Quantum produced: Quin Chin, ridden by Manuel Fernandez Saro; (Quintero Ask, ridden by Rolf-Goran Bengtsson); Karatina, Penelope Leprevost and Qena, Janne-Frederike Meyer. 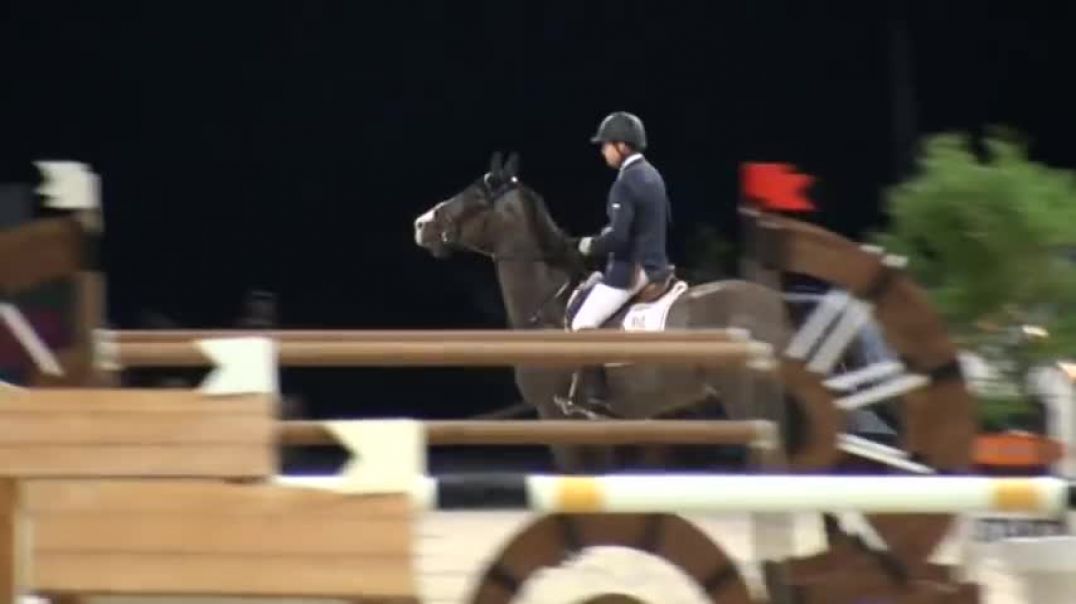 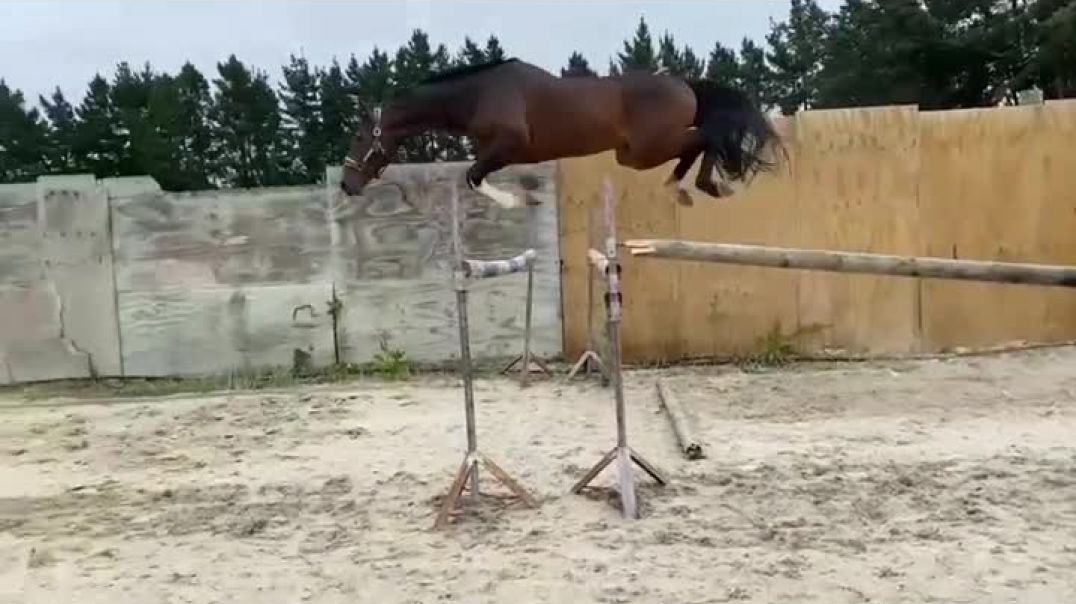